Amsterdam and Back Again

ould there be a more perfect tournament location for Sequel Week than Amsterdam? This city has played host to a Pro Tour in 2004 and has seen Grand Prix action three times, including the first Grand Prix ever held, all the way back in March of 1997—won by Emmanuel Vernay.

I have not heard Emmanuel's name uttered often in Pro Tour circles—and he is not on the invite list for the tournament—and barring a Last Chance Qualifier win, he will not be writing an Amsterdam sequel this weekend. We have to look to some of the other events held in this city for players who might be able to live up to the demands of Sequel Week.

Hall of Famer Kai Budde began to make a name for himself at Grand Prix–Amsterdam in 1999. That season Kai won three different Grand Prix titles before he had ever gotten near the Sunday Stage on the Pro Tour. As Kai was heading to Worlds there were mutterings about how the upstart German player could never replicate that kind of success at the Pro Tour level, but he was—as we all know now—just getting started. He would eventually have his name inscribed on multiple Player of the Year titles, win seven Pro Tour titles and was a slam dunk first ballot Hall of Famer when he became eligible for induction in the third year of the Hall.

According to multiple sources Kai will be playing this weekend courtesy of his Level 5 status as a Hall of Famer. I know he has been in contact with Zvi Mowshowitz to get a primer on—and possibly a deck for—this new Extended format. If anyone this weekend was going to write a sequel there is none I would rather see than Kai's. Sadly Zvi will not be playing this weekend as his work commitments have kept him New York-bound but he has put the work in with Team Mythic and the combination of those two Hall of Famers is a recipe for happiness on the coverage team. 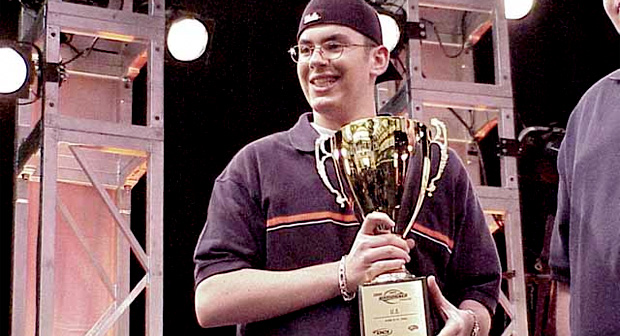 The next Grand Prix to occur in Amsterdam was two years later during the 2001 season when Chris Benafel, who does not appear on the invitation list for this event, won it. The Grand Prix circuit rolled in again two years later for a Team Rochester event that was won by the perplexingly named—and most certainly just cut and pasted from the coverage page—Rankko Bongo Wheshiwheshi—which featured Jose Barbero, Wilfred Ranque, and former World Champion Carlos Romao. Carlos is coming off a recent Top 16 finish at Grand Prix–Washington D.C. which actually qualified him for the event.

Carlos is sitting at 10 Pro Points this season and while he would no doubt love to complete his sequel he also needs to post a strong finish to stay qualified for the last Pro Tour of the season. He will have Brazilian Nationals as well, but if he can square things away this weekend it would make things easier for the first ever Latin American player to win a Pro Tour.

The Grand Prix circuit would not return to Amsterdam for six more seasons, but it would play host to one of the most impressive Pro Tour Top 8s in the game's history in 2004. Just take a look at the quality of the players who sat down for a Mirrodin—speaking of sequels—Rochester Draft:

You have four Hall of Fame players: Nicolai, Olivier, Kamiel, and Turian, and another who is eligible for induction this weekend in Anton Jonsson. It is worth noting that both Nicolai and Anton made the Top 8 last weekend in Gothenberg. The three "non-name" players in that Top 8 are all pretty formidable opponents you would never want to sit down across from at a Magic event. Osamu Fujita has been eligible for induction into the Hall of Fame since 2007 and has been in the Top 8 of a grand Prix nine times with one win in addition to that one PT Top 8. Aeo Paquette has two Pro Tour Top 8s in his brief career—and that is out of only a handful of Pro Tours played. Farid Meraghini also has two PT Top 8s in his career and his other one was a win.

There were no "some guys" in this Top 8 and a worthy sequel with a similar cast would be more than appreciated. Nicolai Herzog certainly has the Magic 2011 portion of this weekend's event—players will have to compete in both Extended and Limited en route to determining our Sunday cast—and if the success from last weekend has stoked his competitive fire then we could potentially see the ultimate sequel—two Pro Tour wins in the same city. That is something only done by the likes of Kai Budde, who has done it twice; in Chicago and Boston.

The most recent event to take place in Amsterdam was the ten-year anniversary of the first Grand Prix. The event was Two-Headed Giant, which was won by Micheal Havlik and Richard Hornansky who beat none other than Gabriel Nassif and Amiel Tennenbaum in the finals of that event. Only one member from that team is qualified for this event, via a Pro Tour Qualifier win. What is better than winning a Grand Prix through almost certain Hall of Famer Gabriel Nassif? How about repeating that feat on the Pro Tour level.

Speaking of Gabriel Nassif and the Hall of Fame, this is normal ly the place where I would be making the announcement regarding this year's Class. With the Pro Tour taking place this weekend it seemed like a perfect opportunity to hold that announcement off until Sunday during the Top 8 webcast. Nassif is all but assured of being inducted in his first year of eligibility, but the players who will be joining him on stage in Chiba will be revealed while the Top 8 is underway. Can you imagine if Gabriel Nassif—or any of the other inductees—was playing a Top 8 match while being enshrined in the Hall of Fame. In the case of Nassif there is a 20% chance of just that happening since that is the rate at which he makes Top 8s with nine of them in forty-five tries.

Lastly, amidst the speculation surrounding the unveiling of the new Extended, we present Septembers FNM foil card. Do not be surprised if this month's Friday Night Magic foil card shows up in a Deck Tech for this weekend. It is a 2/2 bear with nothing but upside—from exalted, to the ability to deal with nasty things like Bitterblossom, Pryomancer Ascension, and any other artifact or enchantment surprises that this brand new uncharted format might present. Your chance to get your hands on one of these is as close as your nearest FNM location where they will be given away for the next five Fridays. 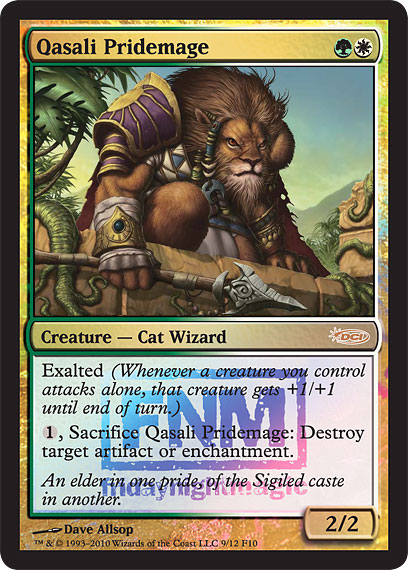 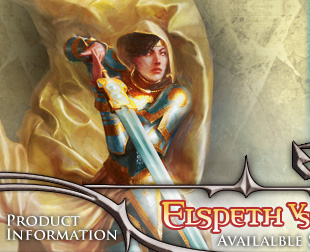 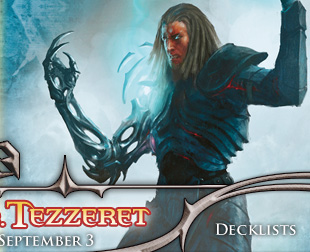