Calm Before the Storm

you read this, I'm preparing for an exciting Magic weekend covering Grand Prix-Richmond – and the debut of Guildpact on the tournament scene. Not only is a cadre of Japan's finest currently flying toward Richmond, but there is going to be a car coming straight from Origins 1997 to the venue. 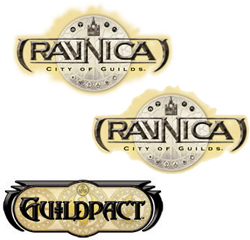 Player of the Year Kenji Tsumura will be looking to shake off his limited Limited reputation with a strong U.S. showing this weekend. Joining him on the flight from Japan are World Champion Katsuhiro Mori, as well as two-time Top 8 competitors Shuhei Nakamura and Tomohiro Kaji. They will be looking for a repeat of last year's Grand Prix-Boston when three Japanese players made the Top 8 and Masashi Oiso hoisted the trophy.

Not content with how the young turks have been defending the home turf of late, a group of time travelers are heading to Richmond to show the kids how they did it back in the '90s. Grand Prix-Washington D.C. winner Ben Farkas leads a pack of '90s all-stars that includes Worlds '99 Top 8 competitor Jamie Parke (both former members of Team Sped), the Type II King himself Jason Opalka, Mark Le Pine, and Dan and Steve OMS. Dave Williams and Ken Krouner will also be helping the weary travelers adjust to customs and mores of the future (and no doubt lining up some late night drafts).

But before we can know what the spoils of Guildpact have in store for drafting, I wanted to do a little house-cleaning on items rolling around the Magic world. 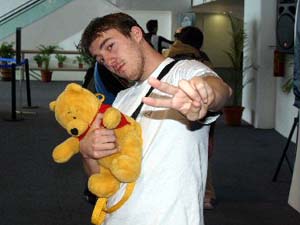 Ruel repeated as the Road Warrior.I don't think anyone is going to be particularly surprised to learn that Olivier Ruel won the Road Warrior ballot for the 2006 Magic Invitational. Not only did more than half of the votes get cast for Oli, only one other player cracked the 10 percent mark – Antonino De Rosa, at 10.3%

Anyone else going to Invitational as the Road Warrior would have seemed as wrong as a Mad Max sequel with Rick Moranis in the title role. As Olivier entered the final stretch of the Player of the Year race last year, he reminded me of a marathon runner stumbling across the finish line only to fall a few seconds short of breaking the tape. I am sure Olivier would rather have the title, but his efforts did go completely unrewarded – if you want to call his season total of more than $50,000 unrewarding.

A Genius By Any Other Name

This week's ballot is much more contentious and even has a pretty big surprise in store among the candidates. Resident Genius is a broad category that has been used to showcase the minds behind the Magic – historically great players, Limited experts, and the game's best deckbuilders.

Over the past year, there has been little discussion of the game's top deckbuilders that did not include Mike Flores. Despite a dearth of high-level action for Mike, he still managed to define the Standard metagame with his Big Red build, Jushi Control, and Critical Mass and its subsequent update.

The question of whether or not someone belonged on an Invitational ballot without Pro Tour success consumed much bandwidth in the past week among the Wizards crowd. In the end, Mike was added to the ballot because the Invitational is not just about posting Pro Tour results – it's about Magic, and Mike certainly is an elite thinker when it comes to the game we all love.

Now that he is on the ballot, it is up to you decide if he can go toe to toe with the likes of Tsuyoshi Fujita (who not only built format-defining decks but played them to multiple Sunday finishes), Frank Karsten (who posted Top 8s with 40- and 60-card concoctions), Pro Tour winner Gabriel Nassif, Itaru Ishida (who built decks for Player of the Year Kenji Tsumura), or any of the players on this ballot with more impressive Pro Tour resumes.

Pro Tour-Hawaii is the first event on the 2006 Pro Tour schedule where Wizards' PTQ-winning travel award of paid airfare to the event kicks in. The deadline for filing the necessary paperwork is 30 days before the event, meaning that as of this Friday, if you won a PTQ and you have not filled out the necessary forms, you have missed out on a free trip to Hawaii.

That's right, you left a free ticket – round-trip, even – sitting on the table. If you still want to play in the event, you are going to have to pay for the ticket yourself and that ain't gonna be cheap at this late stage…

…did I scare you? Good, because that scenario would be 100 percent accurate if the deadline hadn't been moved back a week for all you slackers out there (you know who you are). Almost three-quarters of the PTQ winners have yet to claim their tickets. If you won a PTQ, you have until February 8 to get everything pulled together for your Hawaiian vacation. For more information, click here.

Congratulations to Sam Gomersall on winning his first Grand Prix title this past weekend. His victory also broke a 93-year drought by British players on the Grand Prix circuit – a monkey on England's collective back that was surgically removed with Sam's razor-sharp Boros deck in the Top 8 draft – a draft that he had to wade through over 1,000 players to get to. 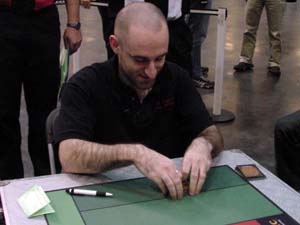 Gomersall's Boros build wrecked the Top 8.Grand Prix-Hasselt was the last GP to feature triple-Ravnica. I caught up with Sam and asked him what he was hoping for when he opened his Sealed Deck card pool in order to outlast the tremendous field.

“I wanted to be going some sort of four-colour deck hopefully using all of the double mana lands I opened,” Sam recalled. “I wanted two Civic Wayfinders over most rares to be in my pool – just to have as few lands as possible but still have a good mana base.”

He ended up with the two Civic Wayfinders and a Farseek – no doubt prompting the same joy that opening Meloku in the previous block inspired – but did not have any of the coveted bounce lands, a.k.a. Karoos.

Despite the green tools, Sam still felt “my mana was quite bad.” He ended up losing his match with Antoine Ruel to mana-screw and felt lucky to escape Day One without similar misfortune.

This weekend in Richmond players will have two fewer chances to crack open green mana-fixing and many players have already commented on how much more challenging it is to get the mana right in this new Limited environment. Even a Limited expert such as Sam seemed daunted by the new format.

“I have so little clue its unreal,” laughed Sam. He was quick to point out that despite the potential loss of Wayfinders, players would “get more double lands per pack.” When asked why the Karoos seemed so important he simply stated, “They are card advantage…in a land…so ridiculous.”

One thing he was certain about was the demise of the Boros draft strategy with the addition of the third pack. “It must be dead,” Sam lamented. “It was pretty bad before but now ... I guess it's just white-green-red.”

I used to have a pretty good team rating. The permutation of me, Eric Kesselman, and Brook North (a.k.a. Monkey Dog) was ranked 45th in the world at a hair under 1800 in Team Limited. My rating with Tim McKenna and Paul Jordan (secretly one of the most successful team Limited players in North America) at 1709 was enough to keep us within the top 350 teams.

The real beauty of this is that Wizards is going to travel back in time (perhaps borrowing the Farkas/Parke/Opalka vessel) and rerun all the team events to determine each player's Individual Team rating. That should bode well for me as far as my Monkey Dog matches go. I am a little wary of my Monkey Mutt and Shanghai matches since I don't know who I played with and we apparently didn't do too well.

Ravnica certainly has players excited about playing Magic and I am looking forward to an enormous turnout this weekend when Guildpact makes its debut. I did a couple of Sealed Deck builds with Jon Becker on the Beta in preparation for the event and I saved a particularly interesting card pool to share with you. It is fairly challenging and I invite your comments and builds in the forums in lieu of a traditional Firestarter.

There is plenty of synergy with green-black-white thanks to tokens, Rotwurm, and the Wrath effect, but there is also the temptation to go blue-black-red with Invoke the Firemind, plenty of flying, double Last Gasp, and Electrolyze.