he headline refers to what I am focused on this week—and not revealing any dark secrets from Gen Con. I am not the only one, as there are a couple of dozen players who will be making the trek from Indianapolis to Boston and on to Seattle. Boston is not on my docket, as three-week road trips were specifically excluded in my wedding vows from the litany of things we promised our marriage would persevere through. Sickness and health is one thing and some nineteen days on the road is another. 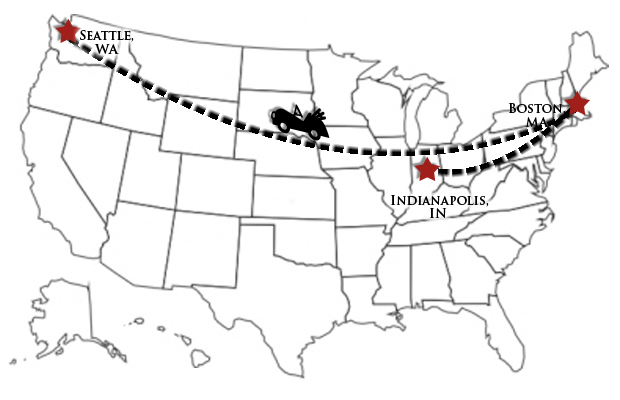 For those of you who have not been paying attention, last week was the inaugural World Magic Cup, which saw seventy-one teams—out of seventy-one teams qualified—show up to determine which country would claim the title of World Team Champions during the four days of Gen Con in Indianapolis. It was an amazing weekend and one of the most well-received events I have ever seen from the participating players.

I wanted to share my top five stories from the weekend as we brace for the Magic Players Championship, which will determine the Player of the Year, with the same wall-to-wall coverage that we just brought you from the World Magic Cup.

While sitting at dinner on Wednesday night—less than a dozen hours until the start of the tournament—stories began to trickle in that the Japanese team, led by Yuuya Watanabe with bonus cheerleader in the form of Shuhei Nakamura, were getting frozen out of any connecting flights from Washington DC to Indianapolis. Their incoming flight had been delayed, and coupled with a delay coming through customs, they missed their connection. All the flights were oversold and the only one of the five who could make it on standby was Nakamura. He was also the only one with an international driver's license, but the team decided that was not going to be the best play. 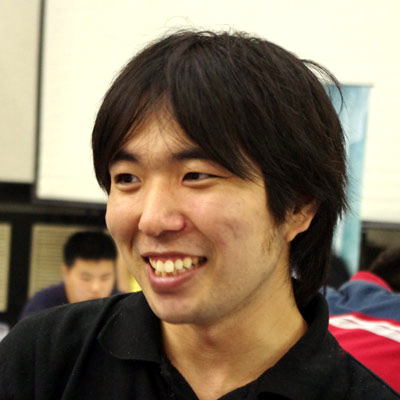 Instead, Nakamura flew ahead to get everyone the cards they needed, make sure they were registered for the event, and make their arrival as smooth as possible. How would they be arriving?

Top8Games Holy crap! Japanese National team is cabbing from Washington, DC to Indy to make it to #WMC in time.

The Hall of Famer handed off $2,000 to Yuuya and company and told them to find a well-rested car service driver who wanted the fare of a lifetime. As stories made their way around the convention hall and were retweeted around the twitterverse, the question was if they would arrive in time. The following morning, while I was fueling up with a trente (Italian for "larger than a Venti") iced coffee, I saw a cab pull up outside the hotel and a handful of players almost literally spill out of it.

Top8Games Look who just stumbled into hotel lobby out of a DC cab to pick up badges. #WMC pic.twitter.com/BQjndDyn

Unfortunately, that was the highlight of the Japanese team's weekend. While they got to the site on time—to the tune of $1,400—they did not fare so well once the tournament started and were knocked out of Day Two pretty early in the day. On the bright side, they did get a Spirit Award for the effort they made to get to the site on time and were awarded $2,000.

I was very impressed that every qualified country fielded a team for the event, but was doubly impressed by the Peruvian squad, who only fielded three-quarters of a team on Day One. The way Day One was structured with individual play allowed for a team to be missing one member and still play, since all the teams would shed one member—the one with the lowest score—as they moved from individual Day One play to three-person team play on Day Two. 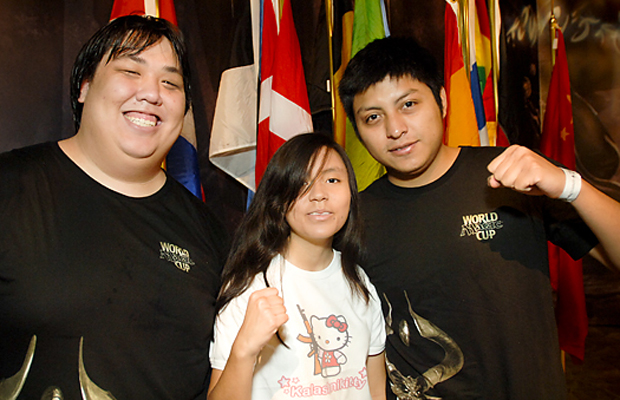 Throughout Day One, Peru had no room for a stumble, with every player's score counting toward their team total. In the end, Jimmy Sam, Sergio Sanabio, and Gabriela Ruiz were up to the task and successfully negotiated three rounds of Draft and four rounds of Standard to end up in 15th place at the end of the day. They did not fare as well on Day Two, but their heroic performance without a net is going to be something I look back on from this event and will remember years from now.

There were a lot of different formats to prepare for this weekend and there was some concern that teams might play it safe with existing archetypes. We certainly saw that was the case in Block Constructed, where all eight of the teams on Sunday were playing some variant of Brian Kibler's Jund deck from Grand Prix Anaheim. Standard was another story, as both the Canadian team and the Croatian team went off the metagame map to find some unexpected decks for the event. I had a chance to do deck techs with Lucas Siow of Canada for his Dryad Delver deck and Stjepan Sučić of Croatia for his Mono-Green Infect deck (which he referred to as a five-color deck for its reliance on Phyrexian mana spells).

It just goes to show that you can always find room to innovate, even in well-explored formats like Standard. 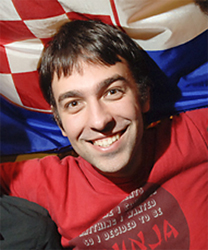 I cannot think of another Magic tournament I have been a part of after which so many players shared what a great time they had—and were not necessarily even super successful at the event themselves. Hall of Famers and up-and-comers alike were raving about the event after they were eliminated.

Grgur Petric Maretic opened a lot of eyes this weekend about the emerging Magic scene in Croatia and has certainly moved up many spots on my players to watch list for the upcoming Pro Tour Return to Ravnica. His team got off to a tremendous start thanks in part to their last-minute audible to Mono-Green Infect's ability to match up well with the known decks of Standard. His squad was dispatched in the quarterfinals on Sunday, but that did not seem to quell his enjoyment of the event.

Grgapm @Top8Games @HeleneBergeot The atmosphere at the WMC was perfect. Competitive and relaxed, everyone had fun while playing excellent Magic. GG

Matej Zatelkaj was not even playing in the tournament. He was part of a contingent of vocal players who were flown to the event to share their thoughts on Organized Play.

Wampoo Really think that the WMC and the qualifiers are going to be awesome next year, this experience makes me want to be on the team so bad!

Hall of Famer Raphael Levy was still fighting hard in the last round of the event despite almost certain mathematical elimination from Top 8 contention.

hahamoud Out in the top 16 of #mtgwmc. It was a terrific tournament. I hope I can lead the French squad again next year. GL to Slovakia in the top 8!

Another Hall of Famer who knows a thing or two about team competition is Jelger Wiegersma.

WJelger Team tournaments are so much fun. Playing so many different formats is great too. Great tournament, too bad we're out. #mtgwmc

Tzu Ching Kuo of the Chinese Taipei team found himself in a precarious position in the last round at Pro Tour Avacyn Restored. He came into the event with 28 Pro Points for the season and faced a situation where a win would be the difference of 6 points for a loss, 10 points for an ID, and 15 for the win. Kuo chose to play and won his match against Matt Nass to lock up not only Platinum status but a berth on the national team and a spot at the Magic Players Championship. 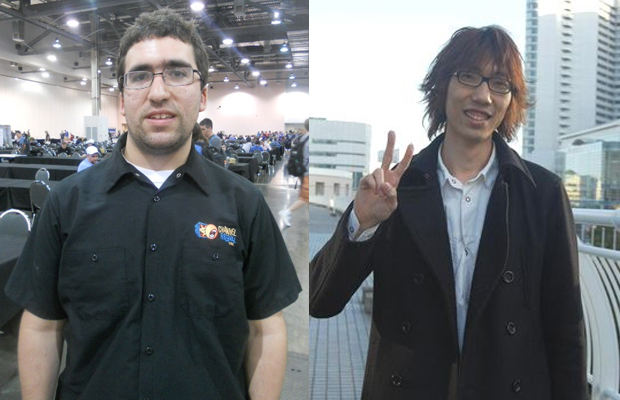 Kuo's late-round story got lost beneath the waves of miracles coming from Alexander Hayne winning the whole shebang and locking up a similar string of tournament invites. Kuo did not get lost in the shuffle at the World Magic Cup, as he rattled off twelve straight wins to anchor his team into the Top 8. He lost in the 13th round to the Hungarian team but exacted his revenge in the semifinals.

Throughout the tournament, multiple pros, Hall of Famers, and observers of the game commented on the casual dominance Kuo put on display all weekend. He might have been an afterthought for people filling out their Magic Players Championship brackets prior to this past weekend, but he is cresting with strong performances over his last two high-level events. Tune in this week to see if Kuo can continue his incredible story against the likes of Jon Finkel, Brian Kibler, Luis Scott-Vargas, Yuuya Watanabe, Paulo Vitor Damo da Rosa, and the rest of the murderer's row that is the Magic Players Championship.