A Flores Grows in Brooklyn

f you have been following the StarCityGames.com Open series this year, you are probably familiar with the name Edgar Flores (no relation to our own Top Decks author). He has been on a tear this season with five Top 8 appearances—four in Standard and one in Legacy—including his not-so-long-awaited win (he has not been playing the game very long after all!) this past weekend in Atlanta. Throughout his run on the Standard side of the Opens, Edgar has been playing the popular Caw-Blade deck which is at the core an approach to Magic he picked up almost from the outset: always play the best deck.

The 21-year-old Brooklynite is a self-described Magic grinder, but several years ago Edgar was a successful Yu-Gi-Oh! player. You may recall some hub-bub when Magic extended U.S. National invites to Yu-Gi-Oh! players who were qualified for that game's uncertain National Championship in 2009. Edgar was one of those players. 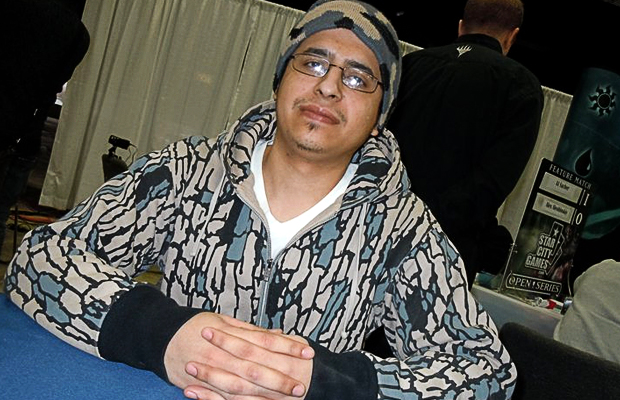 Edgar Flores makes the Top 8 in the StarCityGames.com Open Series...

"I really wanted to go and play," said Edgar of his first crack at competitive Magic. "I was gonna play the deck that ended up winning. Unfortunately, I didn't plan the trip early enough and I didn't get to."

Edgar's route to learning how to actually play Magic went through a game console with Duels of the Planeswalkers.

"I first learned how to play Magic on the Xbox then started playing paper Magic shortly after that," recalled Edgar. "I stayed at my close friend Aaron Jarvis's house and he had the game. I didn't really play the game for many hours; I just played enough to learn how to actually play Magic."

Edgar quickly made the leap to playing Magic across the table from another person. His weapon of choice was Cruel Control, and it helped form the backbone of his philosophy about tournament Magic.

"I played it very well and understood how the deck worked," explained Edgar. "I said to myself that from then on I would play whatever I thought was the best deck."

He began to compete in tournaments and trying to qualify for the Pro Tour. Last year he made Day Two of Grand Prix Nashville—where his StarCityGames.com Open Player of the Year rival Gerry Thompson took the trophy—and attended his first Open Series in Boston as well. His first taste of Top 8 play came earlier this year when he finished third at the Open Series in Washington DC playing White-Blue Caw-Blade.

"I've been playing the deck since it won the Pro Tour," he said of the list that carried him to his first elimination bracket. "I feel like I know how to play the deck very well since I've been playing with it for a couple of months. Some games are very straightforward when you get really good draws. Other times you have to make decisions on what role you want to take in the match, either to be the aggressive deck or to be more of a control deck." 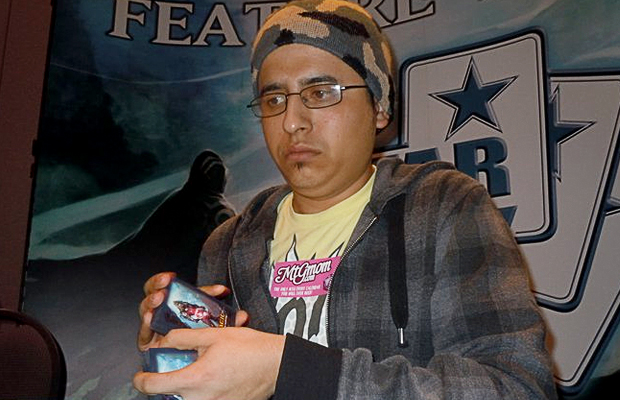 It was at this event that Gerry Thompson won the whole thing with a modified Caw-Blade list that was sporting red mana for Lightning Bolt and a sideboard package that included Inferno Titan and Cunning Sparkmage. Since then the deck has continued to morph to accommodate other cards but Edgar, while he has made adjustments, has stuck with good old fashioned White-Blue Caw-Blade.

For Edgar the ability to disrupt opposing mana bases is the reason to stick with the two-color version of the deck.

"The advantages of just playing two colors is you get to play four Tectonic Edges," he said simply. "I don't think there are any drawbacks."

Next up for Edgar was the tournament in Edison, NJ, which saw him finish fifth in the Standard Open—won by the man who has put more Wins in Red Decks than anyone playing today, Patrick Sullivan. Another Top 8, and another Caw-Blade with only the most minor differences in the deck list from one event to the next.


Edgar would finish second in Memphis—and his continued dominance was starting to attract some attention—with almost no changes from week to week, while Gerry Thompson, who also made Top 8, was onto a version of the deck running black mana for Inquisition of Kozilek, Creeping Tar Pit, and spot removal.

Edgar finally got his trophy this past weekend in Atlanta, and it came after making some more significant modifications to his deck list—at least one of which got to pay off in spectacular fashion. In fact, the list for Atlanta was the first significant tinkering he had done since cracking the Top 8 in DC.


"There weren't many changes I made; I just made room for Tumble Magnet and Into the Roil," said Edgar. He went on to explain the joys of kicking an Into the Roil in the Top 8 of that event. "It was pretty sweet to get to Into the Roil a Precursor Golem. All day I'd wanted to do that play. I said to myself I just Ancestral Recalled and Time Walked my opponent in Standard—pretty sick. After doing well in the Opens I've been hungry for a trophy. I am really happy I finally got one."

Edgar, who had somehow failed to make Top 8 at the StarCityGames.com Open in Los Angeles, had actually added the Tumble Magnets for that event.

"It's really good in the mirror match and against any creature deck," he explained about the addition of Magnets. "I read Brad Nelson's last article and he talked about Into the Roil and how it was underplayed. I thought about it for a minute and realized that it's really good in the Caw-Blade deck, so I decided to play it. I cut some counters and a Day of Judgment to make room." 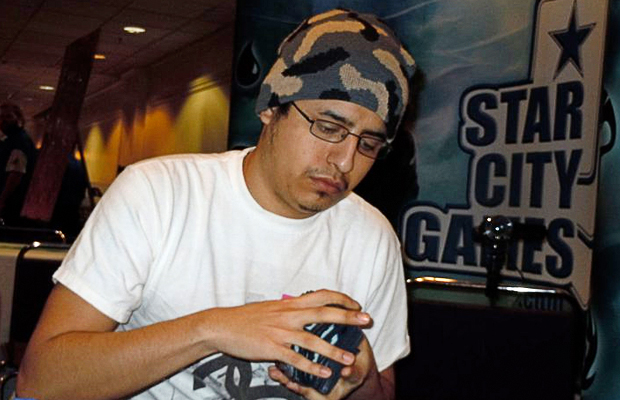 So what would it take to get this Caw-Blade devotee to play something else in Standard? That was an easy question for him to answer:

"If the next set has cards that are better the Stoneforge Mystic or Squadron Hawk, then I might consider playing something else."

You will likely find Edgar in New Jersey this weekend trying to get himself one of the last slots available for the upcoming Pro Tour Nagoya, but until he does cross into that next level of Magic competition he will be having fun and traveling around the country to add to his points total in the StarCityGames.com Player of the Year race a task that will not be easy.

"I need to go to all of them and hope to get more Top 8s than Gerry Thompson and Alex Bertoncini," said Edgar, referring to the other two players who seemingly have standing Top 8 reservations for all these tournaments. Plus, he will have to get the hang of Legacy which also contributes points to those other players' totals at a steady clip.

"I have very little experience with Legacy," admitted Edgar. "One day I just decided to play Team America for the first time, and I managed to make Top 8 of an Open. I've been playing it since and just lost games due to errors on my part."

Some of the exciting aspects of Edgar's success have been traveling, making new friends, and expanding his circle of players that he gets to prepare for events with.

"It's fun to travel and hang out with friends. This past two months is the most I've traveled," said Edgar. "I've traveled and playtested a bit with Nick Spagnolo, Christian Calcano, and Lewis Laskin. I played a couple games with AJ Sacher this past weekend. It's been fun seeing the same people every weekend—most of whom are friends now." 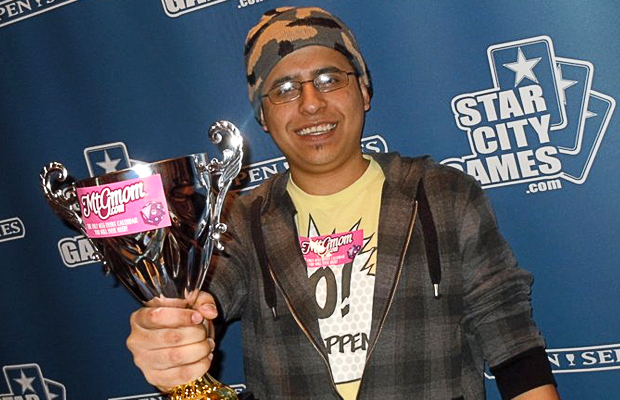