y preview card this week is one with a Pro Tour pedigree—and one that has been moonlighting in Commander decks and Cube Draft collections while it has been out of Standard rotation. With this artifact's first appearance in a core set, since its first appearance in Mirrodin, only time—and week after week of Standard open tournaments—will tell if it can make a new life for itself in the upcoming Standard.

Let's take a look at a deck that won a Pro Tour with the card in question. You have to go back almost a decade to Pro Tour New Orleans and the topically named George W. Bosh...

I will give you a couple of clues to figure out which card it is—and I have already told you the card first appeared in Mirrodin.

It is an artifact...

It appears as a singleton card in the main deck of the PT winning decklist above...

The spelling of the word "gild" in the title of my column is pretty much ...

Ramp strategies have changed considerably in the decade since this card last saw action. Back then, ramp was largely about explosive artifact mana with Metalworkers and Voltaically unlocked Grim Monoliths powering out the likes of Bosh. Gilded Lotus was a nice card that could fit into the equation—and could tap and sacrifice itself to pay the full freight on Tinker—but was never an all-star on its own. 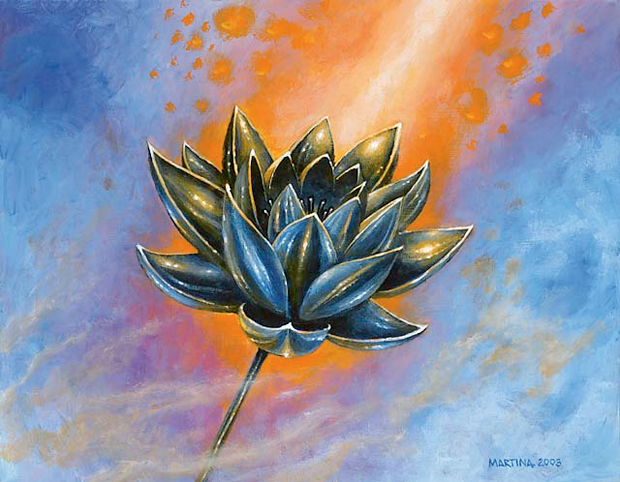 What about in today's much greener world of mana ramping? You can conceivably ramp this into play as early as turn three with a mana creature and a Rampant Growth, but turn four is much more likely. That means untapping with eight mana minimum on turn five—and access to any color you want. Are there things worth doing in Standard at eight mana that might make you want to consider this card? Let's just take a quick stroll through the Magic 2013 Card Image Gallery and see what leaps out at us...

First up is another returning card—Urza's Saga's Serra Avatar. While the Avatar only costs seven, it does have

in its casting cost, which the Lotus can easily pay for. The sooner you can get this kitchen table all-star into play the bigger it will be.

I did a podcast the other day with Top Decks's Mike Flores and we winced at the casting cost of Diabolic Revelation. The base five mana just to get this sure-to-be-a-Commander-all-star started seems prohibitive, but assuming you had eight or nine mana in play, thanks to Gilded Lotus, you could go get all the answers—or questions—you could possibly need to take control of a game. You could find smothering Black Sun's Zeniths or swarming White Sun's Zeniths. Heck, you can get both and be able to cast 'em.

If you are trying to build a Worldfire deck—and I know you are—Gilded Lotus turns it from far-fetched fantasy to a card you can conceivably play on turn five of a game. Of course, casting it and finding a way to reliably deal that last point of damage in the same deck is another matter entirely.

You would not expect green to have any shortage of fatties to expend all your mana on, and it doesn't disappoint with Elderscale Wurm and Primordial Hydra. And if you are a win-more type of player you could always use your ramp to ramp into Boundless Realms to put another five or six lands into play. You know... for the kids.

The real bounty lies under the "Other" tab of the Card Image Gallery, with none other than Nicol Bolas, Planeswalker headlining the options. You are going to need to find yourself a red source and a blue source somewhere along the way, but it will be well worth your time to do so. I could see a ramp Planeswalkers strategy that seeks to resolve an early Karn Liberated and Nicol Bolas to dominate your opponent's permanents.

There are also plenty of other saucy expensive cards like Elesh Norn, Grand Cenobite; Gisela, Blade of Goldnight; and Craterhoof Behemoth that would not mind a little mana boost from Gilded Lotus.

We are just under a month away from the 2012 Class of the Pro Tour Hall of Fame being announced. Ballots went out this month to the Selection Committee—a group made up of Hall of Famers, commentators, judges, Wizards of the Coast staff, and luminaries of the game—and the Players Committee—all players in good standing with more than 100 lifetime Pro Points. I am proud to have been a member of the Selection Committee since the inception of the Hall of Fame and I have been looking forward to this ballot for the past few years.

There are a handful of slam-dunk candidates new to this year's ballot who I have been excited to cast a vote for. Paulo Vitor Damo da Rosa and his staggering nine Pro Tour Top 8s is an easy choice for me. In last week's informal poll to determine the best five players of all time, Paulo came in fourth behind only first-ballot Hall of Fame inductees Jon Finkel, Kai Budde, and Gabriel Nassif. Who knows where he will rank when all is said and done? 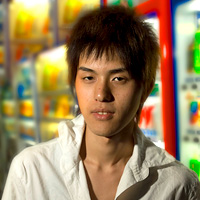 Six-time Pro Tour Top 8 competitor Kenji Tsumura is another easy choice for me. I will always remember the sight of Kenji being hurled into the air by his countrymen as he became the first Japanese player to win the Player of the Year title during the 2005 season. It was an amazing race that saw him jockeying with the likes of Olivier Ruel and Masashi Oiso down the stretch of the season before finally securing the historic title at Worlds in Yokohama. 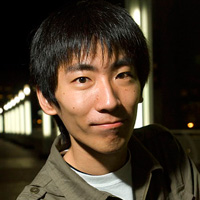 Before there was Kenji there was Masashi Oiso, who burst onto the Sunday stage at Pro Tour Yokohama in 2003, when he finished second. He went on to win the Rookie of the Year title that season and was the herald of a new, dominating era of Japanese Magic. He became the first Japanese player to Top 8 multiple Pro Tours and would eventually play on Sunday six times. One of the great disappointments of my coverage career was not attending the Grand Prix Boston that Oiso won. While it might now be commonplace for a Japanese player to win a GP anywhere on the globe, at the time it was newsworthy that a contingent of Japanese players even showed up. I have been waiting to vote for Oiso for years and I hope other voters have not forgotten about this quietly dominating trailblazer.

Once you get past those three clear frontrunners, the field becomes a little clustered with similar candidates and I need some more time to finalize my last two spots. Making things less clear is a new enhanced stats page that looks beyond just the Top 8 finishes of the candidates. New data this year includes the number of times each candidate finished in the Top 10 of the Player of the Year race and how many Top 16, Top 32, and Top 64 finishes each player had on the Tour. Paul Jordan got a head start on examining those new stats, providing some enlightening comparisons in his companion piece linked in that box a few paragraphs up.

I am leaning toward Patrick Chapin and William Jensen—both of whom I voted for last season—with my last two votes, but I need to dig into the stats a little more before I am ready to etch those in stone. Feel free to dig into the stats for yourself and share your thoughts with me in the forums or on Twitter. Make sure you use the #MTGHoF tag to follow all the chatter and join the conversation.