Sixty-seven stores across the United States and Canada have been selected to run special Magic: The Gathering Gold Tier Tournaments the second weekend of October. These sanctioned tournaments will be Sealed Deck, Booster Draft, or Standard (determined by location). Check the schedule below for dates and formats in your area. 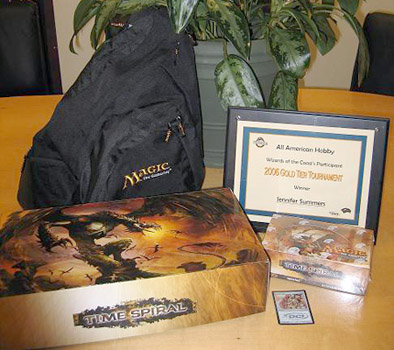 Prizes are as follows:

In addition, each store will receive a framed certificate with the store name and the winner's name.