here have been a flurry of emails on our local drafting lists as more and more people got swept up in the epidemic fever from seeing two teams of players—and a third in the Top 8—we game with on a regular basis qualify for Pro Tour Theros. There were abundant bleary eyes on Monday as we all stayed up right through the end to see Andy Longo, Eric Berger, and Eric Phillipps become the Grand Prix Providence champions. 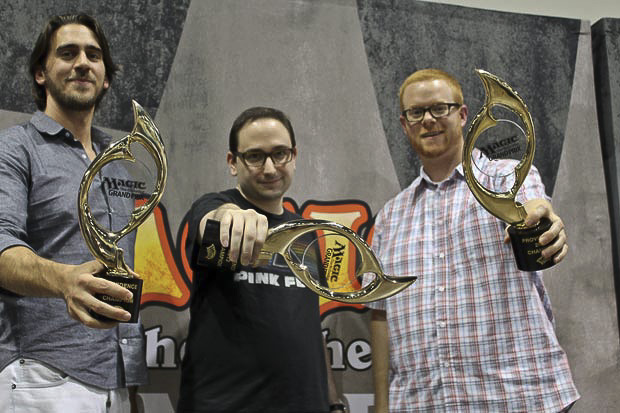 
The lesser-known, but grizzled veteran, team got past the all-star team of Martin Juza, Ben Stark, and Shuhei Nakamura in the semifinals—something trumpeted by roughly 200 emails in fifteen minutes and a drained cell phone battery. Lost in that match was the fact that Pro Tour Hall of Famer Nakamura was playing in his twenty first Grand Prix elimination bracket. That number ties him with Alex Shvartsman for second all-time leaving him just six Top 8s behind fellow Hall of Famer Olivier Ruel.

While more than 1,750 players were tackling the Team Limited format in Providence there were another 1,000 players in Gothenberg, Sweden playing in a non-team Limited Grand Prix that was won by Danish newcomer Oscar Christensen. The Danes have been on a tear lately, winning back to back European Grand Prix and possibly looking to step up as a new force on the European Magic scene. In the Top 8, Belgium's Mark Dictus represented the over 40 set with his finish—which may have been more inspiring to me than seeing local old school teams do well in Providence. The difference in age between him and the 17-year old winner was greater than or equal to the age of all but two of the remaining players in the Top 8.

All totaled there were 2,764 players taking part in the two Grand Prix this past weekend, a number that seems likely to get eclipsed by a single Grand Prix in just two weekends when Modern Masters Limited is on the menu for Grand Prix Las Vegas. Tim Shields, of Cascade Games, is the man responsible for organizing the event which is shaping up to possibly be the single largest Magic tournament in the game's history.

Shields got involved in Magic as a player all the way back during the release of Alpha when he was canny enough to grab a whole box of the new game. He still plays the game as often as he can but watching the game's best players bubble up the top tables at Grand Prix after Grand Prix has given him a realistic assessment of his play skills.

"I'm a really bad player," admitted Shields. "I just don't get to play enough to be good. I love Sealed and Draft."

He has been running events since Revised when he rented a community center in Olympia to run a tournament for 100 players not knowing he would be getting poised to run an event for what looks to possibly be thirty times as many players nearly two decades later.

"I expected it to be fun and exciting. I had no idea what judge calls were going to be like or how hard pairing without software—we used file cards—was going to be."

Since then he has gone on to run just about every type of Magic event, from Regionals to PTQs to Grand Prix.

"[The] largest GP I have run was GP San Jose, Team Limited, 1713 players. I have run Magic events at conventions including the San Diego Comic Con and PAX that have drawn 5000+ players over the weekend of the cons."

Prior to the marketing for Grand Prix Las Vegas, Shields rarely used his Twitter account but it has become a crucial conduit of information and a cornerstone of his communication strategy for the tournament.

"I'm blogging, posting to Facebook and most importantly to Twitter 5 to 10 times a day," explained Shields "There is just so much we need to get the word out about. With 10 artists, a hotel, all the side events and twenty vendors there is so much players should know about. Usually I rely on my site and staff on site to communicate the event details. With this GP I want to get as much information out to the players before we reach Vegas." 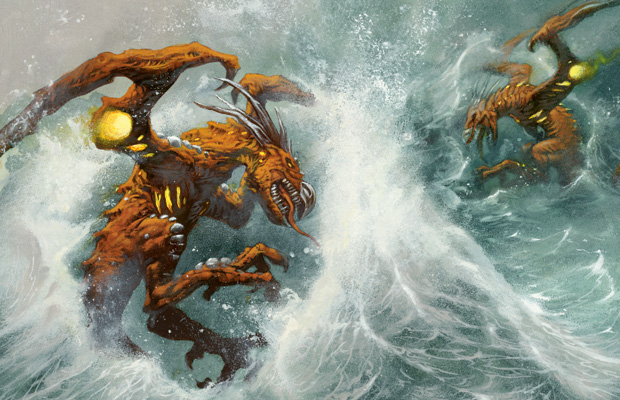 One example of the type of information he is providing is about a sponsored shuttle bus between the hotel block and the tournament venue. Providing as much information as possible for players to make an informed decision about going to the event was crucial for Shields.

"I really had no idea. I know more than 1,500 and less than 6,000 but that's a huge range," said Shields of his expectations around the time he was named Tournament Organizer. While there are more than 2,200 players signed up as of this writing he assured anyone still sitting on the fence that they were not in any danger of running short of space or product anytime soon. "We have 100,000 sq. ft of space and tons of packs. We have 2,260 player registered in the main right now. There are limits to everything but we are nowhere close to them."

As potentially historic as the main event is going to be, Shields was very excited about all the ancillary events that were going to be keeping players busy before the event—including Grand Prix Trials awarding precious byes on Friday—and keep them entertained should they fall out of contention in the main tournament. There are three events in particular that Shields was looking forward to.

"I think the free (with paid entry) Modern Masters Single elimination Mini Master event on Friday at noon is going to be the biggest single elimination event in the history of Magic. It's likely to have 2,500 players or more; I love the Return to Ravnica block drafts that give first place a free entry into a MMA draft and 4 packs. Those MMA drafts are going to be amazing; and the Sunday Japanese Ravnica: City of Guilds block & Return to Ravnica block (all Japanese) is going to be something you just never see."

Shields was quick to point out that he will have a huge support staff making the event come to reality and even has back-up crew on call should the attendance number continue to swell.

"We have a crew of 98 Judges with a reserve crew. We have the ability to call up more until we reach 125 Judges. We also have additional group of 17 administrative staff. So the total team is 142 people working to create the biggest Magic event in history." 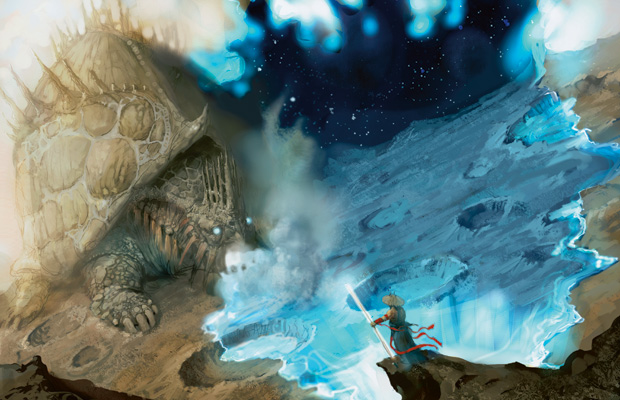 If you are going to be attending the event—or are thinking about attending—but don't have much experience at this level of competition that staff will be on hand to ease any fears and answer all your questions. In the meanwhile Shields reminded players that the internet is their friend.

"Make sure to go to cascadegames.com and read about the event. Use twitter to get answers to your questions. Just don't be afraid to ask." He also urged players "Please preregister. If we can have most of the players entered into the main event before 8 a.m. on Saturday we will be able to start on time. I want a super smooth event, preregistration helps with that."

If Modern Masters is not your thing—I know I am just starting to fully appreciate the nuance of the full Return to Ravnica block Limited format—there is always Grand Prix Houston taking place this weekend and—if North America is not your thing—Grand Prix Bangkok the same weekend as Vegas.