ey everybody... been awhile. While the rest of the world has been going on around us, my wife and I have been sequestered away here at The Overlook Hotel weathering a couple of storms and making sure all of our cutlery has a good edge to it. Power has been intermittent, so let's get right into looking at the recent spate of Grand Prix and what we can take away from each of them heading into a stretch of seven Grand Prix events over the next five weekends. 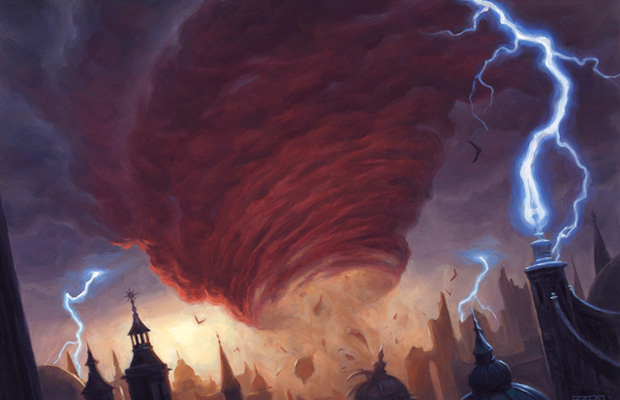 No one knew what to expect heading into Grand Prix San Jose, the first three-person team event in the better part of a decade. Way back in 2004, when the last North American Team Limited Grand Prix took place, a hair more than 150 teams showed up to play—not even 500 players. Would having to sign up in threes help or hinder attendance? With well in excess of 500 teams—remember, the last three-person event didn't even have 500 players—the appeal of team play was evident in San Jose.

I know I am looking forward to playing in both of those events. The excitement over the format—evident on Friday during preregistration for the event in San Jose—was a huge takeaway for me from the weekend. By the time the weekend was over there were a couple of other things to add to the list.

The last team standing at the end of the long weekend saw Matt Sperling win his first Grand Prix, Paul Rietzl win his second, and David Williams win his third. I have to step back for a moment and give David Williams his due. I made a lot of noise about Charles Gindy's finishes in my preview article about the Team Limited format but Williams now has three wins in Team Limited and five elimination bracket finishes overall—with five different team permutations.

Next up was the Pro Tour, which saw GP San Jose finalist Maksym Gryn follow up with a Top 16 finish in Seattle, marking him as a player to keep an eye on in the coming year. Even more impossible was yet another insane finish by Yuuya Watanabe. He reached the finals of the Pro Tour, then hopped on a plane and promptly made the Top 8—a stupidly talent-rich Top 8, by the way—of Grand Prix Philadelphia. Between his two Top 8s and his win at the Magic Players Championship Watanabe is already at 52 Pro Points toward next year's standings. That is a ridiculous number with only one Pro Tour in the books, and it is conceivable that Watanabe could reach triple digits this season. 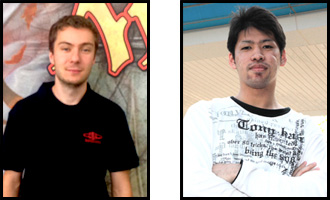 We are just half a decade into the career of the young Japanese player and it's possible that he is just starting to hit his stride.

I mentioned that the Top 8 of Philadelphia was pretty insane, with the likes of Watanabe, Luis Scott-Vargas, Martin Juza, Lukas Jaklovsky, and Shuhei Nakamura all playing their way into the final draft of the weekend. Pro Tour Hall of Famer Shuhei Nakamura was the last man standing at the end of the final three rounds, completing a fourteen-match win streak after starting 0–2 after his three byes. It was the fifth career Grand Prix win for Nakamura, who had to fight a murderer's row bracket of LSV, Juza, and Jaklovsky to win the Grand Prix. And he casually went 6–0 in the process.

Congratulations to Walter MacMurdo for winning Grand Prix Auckland and for doing so with four copies of Mulch in his Standard deck! One of my favorite cards from the Innistrad block teamed up with Grisly Salvage, the young up-and-comer from Return to Ravnica, to stock the graveyards of half the decks of the Top 8 in New Zealand. The American ex-pat would then return a variety of monsters with Unburial Rites—sometimes even using it twice. The deck presents real damned-if-you-do-damned-if-you-don't scenarios with Angel of Serenity tucking away Thragtusks under glass in case of an emergency. 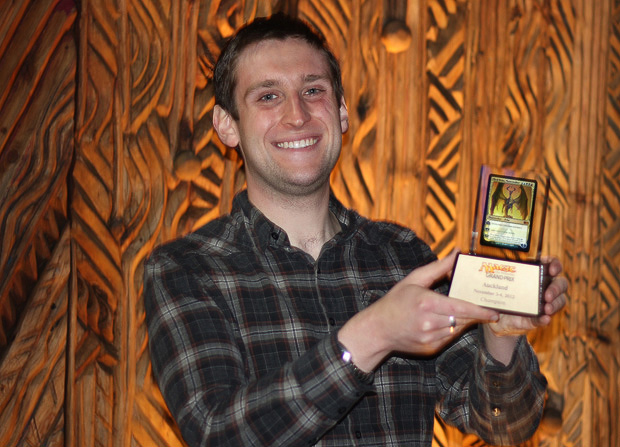 My takeaway from Grand Prix Auckland? Play a deck that has access to Rest in Peace or Grafdigger's Cage from the sideboard in Standard!

The other Grand Prix from last weekend has a direct bearing on the event taking place this weekend in Chicago. The format for Grand Prix Lyon was Modern, and more than 1,300 players showed up to tackle the format armed with a Pro Tour's worth of knowledge. Jund emerged victorious in the hands of Jérémy Dezani and it remains THE deck to beat in the Modern format, but the takeaway from the GP was that there were plenty of decks to choose from that will let you play deep into the tournament.

Archetypes in the Top 16 of the Grand Prix include Jund, Storm, Kiki-Jiki, Mirror Breaker Combo, White-Blue Angels, Robots, BUG Control, LoamGifts, and BUG Infect. The Grand Prix circuit rolls into Chicago this weekend and players will be poring over the successful decklists from the last two events and looking for their weapons of choice. Can players with Jund fend off armies of infect creatures and robots—two-of the most played archetypes in the top of the standings—and still be able to contend with the rest of the field? What about the winning deck from Pro Tour Return to Ravnica? Will Second Breakfast repeat itself?

Meanwhile, Pro Tour Hall of Famer Olivier Ruel sauntered over to the Grand Prix to post his seemingly impossible TWENTY-SEVENTH Grand Prix Top 8. While that number seems insane to someone like me, who remembers when there were not even twenty-seven Grand Prix in the books, we could see a handful of players challenging that record over the coming couple of seasons. Fellow Hall of Famer Shuhei Nakamura cracked the twenties with his win in Philadelphia and Yuuya Watanabe notched his seventeenth that same weekend. Yet another Hall of Famer, Raphael Levy, is also sitting on eighteen Grand Prix Top 8s. There are a handful of other players in that ballpark but they are not playing much these days. If I had to pick from the three active and nearest players to Ruel, I would pick Watanabe to not only catch him but to be the first player to reach thirty Top 8s at that level of play.

I hope to see a horde of you in Chicago, but if you can't make it I will be calling all the Modern action alongside Rashad Miller and Jacob van Lunen on DailyMTG and Twitch.tv/magicprotour this weekend. Be sure to tune in and see who turns out to be the latest player to take away a Grand Prix trophy.