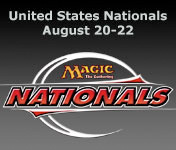 am sitting in my hotel room in Minneapolis waiting to put the final touches on my Standard deck for U.S. Nationals this weekend. What better way to make sure I am not missing anything than to look to last weekend's National tournaments for the most current lists to win big Standard events?

In Ireland there were eighty-eight players vying for the title of Champion but only one person had the leg up on the field, having won the tournament the previous year—Chris Black, one of the most highly regarded Irish players. He won back-to-back titles when his Red-Green Token deck (a.k.a. Token Time) carried him through the elimination bracket and to a seat at the World Championships for the second year in a row. Joining him on the team will be Stephen Pashley and Simon Carmichael playing Jund and Vampires respectively.

I caught up with the two-time champion—and 25-year old pharmacist from Belfast—to find out more about him, his deck, and what we can expect to see from him and the Irish National team for the remainder of this season. 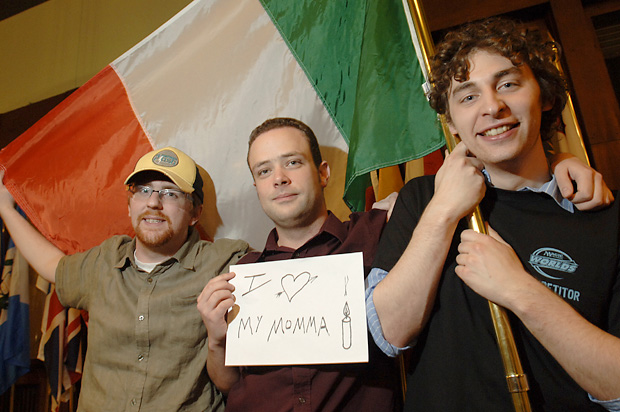 BDM: How did you get started playing Magic?

Black: I knew a guy living just up the road from me who was into all kinds of geekery, Magic was just one of the games he introduced me to, but it was the only one that stuck!

BDM: I know you have played in Kyoto and at Worlds last year. When did you make that leap to playing Magic competitively?

Black: I only started playing competitively around Future Sight, bought a booster box and was hooked. Most of the guys in the local shop were competitive, and they showed me the ropes. I don't think there was any one moment, but I came thirteenth in my first Nats, so I thought there's no reason that I can't improve.

BDM: What deck did you play when you won your Nationals last year?

Black: We played a home-brew cooked up by local masters Niall Graham and Conor Holmes—they built Jund before it was cool. The deck was built around Bloodbraid Elf cascading into three power guys—Boggart Ram-Gang, Wren's Run Vanquisher—and main deck 2-damage sweepers. The idea was to beat Faeries, Elves and Kithkin. The entire Top 4 were all playing that deck!

BDM: What did you learn from that experience coming into this year's Nationals?

Black: Two things mainly ... You cannot underestimate the importance of your draft. Its way easier to go 0-3 with a terrible Limited deck than it is with your Constructed deck, and a run like that will just end your tournament. The second was how important your sideboard is. The pros have been saying it for a long time, and I got to see it in action that year.

BDM: Tell me about Token Time. How did you decide to play red-green tokens for this event?

Black: Tokens was the brainchild of Gar Middleton—another local hero! The idea behind it is to always hit your Vengevine triggers, much like Naya, except with a more consistent mana-base. The great thing is that you pretty much can't stop its nut draw, and when the metagame is as diverse as it is being able to 'just' win is important.

Before the tournament I have to admit I was going off on the deck slightly, and I think the problem was I played too many games against Baneslayer Angel. The deck can certainly win around one, but if they have anything to back it up you're pretty cold. Although the main deck Ruinblasters often mean they never get to cast it!
Chandra is the sideboard card to deal specifically with the Angel. It seemed better than Combust because you can cast her if they don't draw one and she won't be a dead card.

BDM: How did the deck fare for you in the Swiss rounds?

Black: It went undefeated. I played Bant, Jund a few times, and White-Blue. The hardest match was against White-Blue, but only because of the big bad Angel. Most of the other games were pretty comfortable when the deck drew well.

BDM: What was your draft record? Anything notable about any of your drafts?

Black: I went 4-2 in Limited, losing both times to the guy who was X-0. There were a few nail biters. The first draft was a pretty standard blue-black deck, but the second was more interesting. I ended up blue-red, with about eight three-drops, three of which were Æther Adepts. I was pretty dubious, but it played the tempo game really well. Unsummon, Adept and Act of Treason were MVPs.

BDM: What were your Top 8 match-ups like? Was their any key moment on your path through the elimination bracket?

Black: Surprisingly, I nearly got put out by Vampires in the semis! I thought the match-up was pretty solidly in our favour. Simon is a great player, but our deck is like a faster Jund. Turns out that Inquisition of Kozilek and 2/1 first strikers can stall us out pretty well!

I was pretty lucky against Greg McCausland in the quarters, he didn't land that many Angels, and I drew an inordinate amount of Chandra. I was sweating it pretty hard during that match.

BDM: I saw that you were qualified for Ams terdam. How did you qualify?

Black: I actually made Level 3 Pro last year after hitting the dizzy heights of Top 200 (heh) at Worlds. Due to work commitments I wasn't able to go to either San Diego or San Juan—much as I wanted to. So Amsterdam is my one-shot for this year!

BDM: What are your goals for the remainder of the season?

Black: Now that I have a second chance to make Level 4, I'm going to concentrate on doing that. The pipe dream is obviously to win a Pro Tour, but we'll see how that goes. Living it up in Japan and Amsterdam is also on the radar ...

BDM: What can you tell me about the other members of the National team and your chances in the Team Competition?

Black: Well. Simon's opponents will certainly remember their Worlds 2010 experience. Check out the team picture when it comes out! He is a total hero, and a great player as well. Steve is an experienced player, he has a number of Grand Prix Day 2s, and made Top 8 in Nats 2008. All in all, if we can keep it together then I think we have a good shot at a decent finish this year.

The completion of Chinese Nationals took a day longer than expected due to a National day of mourning for the victims of the mudslides that ravaged the country but the event is fully in the books and Chapman Sim provided the live coverage from the event over the weekend. Here is his recap of the event: 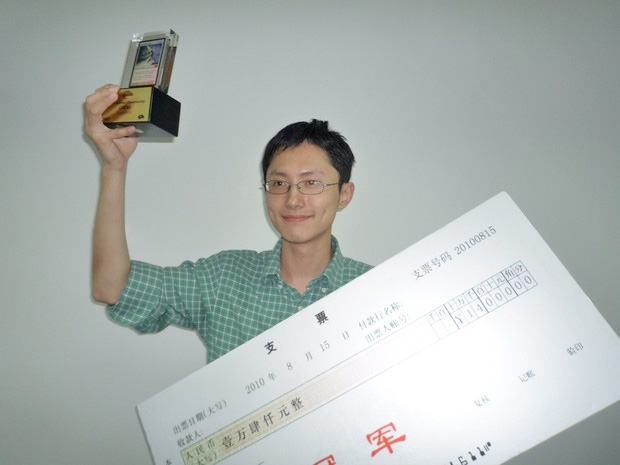 China National Championships took place last week and Lu Chao has earned the honor of leading the National Team at the World Championships this year. Alongside defending Worlds National Team Champ, Zhang Zhiyang, and back-to-back Nationals Top 8 competitor Lei Qiang, this promises to be a team to watch out for.

Perhaps the most interesting thing about Lu Chao's Boros Landfall deck is the fact that it contains no new additions from M11. It is uncommon that an old deck can remain relevant in a metagame without utilizing any additions from a new set. 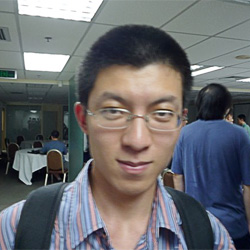 Zhang Zhiyang's Runeflare Trap masterpiece stands in stark contrast, where more than 70% of of its non-land cards trace their roots back to both Core sets. Zhang had been one-shotting opponents all day using the combination of Runeflare Trap and Twincast for assured death. He can use his burn to stave off creatures or hurl them at his opponent if required. It can try to win fast, or it can be played in a controllish manner. His pristine 6-0 record in the Standard portion is a testament to its power and I believe this deck will be a force to be reckoned with in the next few months to come.

Jund has also been displaced as the most popular deck, with White-Blue Control taking first place here in Beijing. This is fairly ironic because the mechanic "Cascade" was designed to be a decent foil against countermagic and decks nowadays have removed Spreading Seas from their decks to make way for Mana Leak and an assortment of Deprive, Dispel and Cancel.

The death of many decks is also apparent. Not a single soul out of these 120 competitors ran any variant of Red Deck Wins. Perhaps the fear of Obstinate Baloth and Leyline of Sanctity has caused this, but RDW has practically vanished and I don't know anybody who has fallen to Eldrazi Conscription in the last month.

There are also many firsts for this tournament.

Firstly, this even also happens to be the only one in the celebrated history of competitive Magic to have taken place on a Monday. In the wake of the devastating Gansu mudslide, the Chinese Government had declared 15th August to be a designated day of mourning. All forms of public and online entertainment were suspended all over the country and tournament officials had to push the tournament back one day later. Almost twenty players had to drop from the tournament due to work and school commitments, much to the chagrin of those who actually posted decent results on Day 1. Regardless, most of the local players were very understanding about this decision.

On a brighter note, China Nationals is also the first tournament to receive official coverage in Chinese (and English). This enables Chinese-speaking (and reading) players to stay in touch with the game and have easier access to tournament strategies and information. Several players we spoke to were elated to see Chinese coverage finally being supported.

Now that China Nationals has come to an end, the world shifts its attention to, perhaps, the most important Nationals tournament of all. The U.S., along with U.K.'s, Nationals will be taking place this weekend. The world awaits in anticipation of the crowning of the last few National Champions before returning to the Grand Prix and Pro Tour circuit.