It's Always Sunny in San Diego

he up-and-coming player from our store to keep a look out for is Matt Nass. He just recently qualified for the Pro Tour on Magic Online and he won our last $5K," said Jon Saso of Superstars in last week's WPN Spotlight. Just a few short days later and Nass finds himself alone atop the standings in both the Player of the Year and Rookie of the Year races with his 10points from winning Grand Prix–Oakland. In addition to the Pro Points and money for winning, it also locked in an invite to Pro Tour–San Juan for the 18 year old tennis coach from Stanford, California. Nass earned an invite to San Diego via an online qualifier and will be playing this weekend. 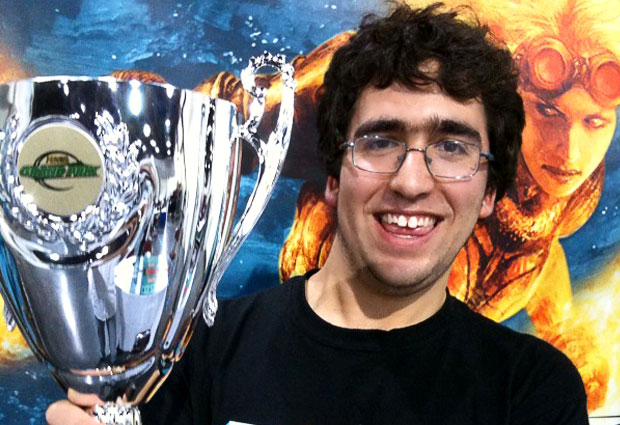 I had the opportunity to chat with Matt Nass and find out a little more about his rise from local Friday Night Magic player to Player of the Year front runner. As in so many Magic origin stories he was introduced to the game by a friend and found that his level of interest in the game exceeded that of his mentors.

"I decided to get more serious about it and did the normal cycle of going to FNM," explained Nass as he recounted getting more and more involved in the game. "I went to a few PTQs ... then went to every PTQ in my area ... then started traveling for PTQs. I was lucky to be hanging out with a lot of really good players like Luis Scott-Vargas, Josh Utter-Leyton, and David Ochoa. I started testing with them more and got better."

For Nass that FNM experience was a crucial building block that allowed him to immerse himself in the local Magic scene—and when I say "allowed," I mean that quite literally.

"I started playing in FNM around the Kamigawa era. If it hadn't been for FNM it would have been very hard to get to the next level. It showed me that there was a really cool Magic community," said Nass. "It also made my dad feel good to know that the people at FNM were nice. When he saw all the people were really nice it helped convince him that Magic was not a bad thing for me to do."

Matt was having some small success at competitive Magic, earning a couple of invites to Nationals and winning a $5K tournament at Superstars, but he could not get that blue envelope. He went all out to qualify for the San Diego season and played in what he emphatically described as "a lo-oooot" of events including six in California and another handful online. He finally got there on his tenth attempt of the season, although he did not think he was going to get out of the quarterfinals.

"I had this sweet deck with Vampire Nighthawk and Trusty Machete and I destroyed the Swiss," he recalled of his breakthrough PTQ. "I was waiting for the Top 8 to start. The screen was up and I was just waiting there. It was taking a while to start but I didn't think it was a big deal. Eventyually I looked at the clock on the MTGO screen and it was different than the clock on my computer screen. I freaked out and pressed Ctrl-Alt-Delete to end process. I quickly rebooted MTGO and it was 10 picks into the draft. It actually picked a Trusty Machete and three playable red cards. I decided to force mono-red because I figured I couldn't get enough playables if I tried anything else. I hoped I sent some decent signals that red was not open in the hopes that I would get passed red cards. I had to play Quest for the Pure Flame and two Slaughter Cry with like nine real creatures in my deck. There were definitely some awkward things about my deck but it got there."

If that was not a harrowing enough adventure for Nass, he found himself pressed right up against elimination once he started playing. He lost quickly in Game 1 and was convinced that his deck was incapable of winning. To compound matters further he then mulliganed down to four cards while his opponent was going to be starting the game with full set of seven cards.

"He never played a third land the whole game and I won," laughed Nass, who explained that he was not laughing at the time. "At that point I was down a game, on the mull to four on the play, my opponent was on seven cards, with a terrible deck, and at that point I thought my PTQ was over. I thought I had lost the opportunity to play on the Pro Tour due to a computer glitch."

He won that second game and managed to make a run from there that ended with him finally qualifying for the Pro Tour. He has been hard at work with the local Pro community to get a handle on this new Worldwake-fueled Standard environment. He was so focused on Standard, in fact, that it may have inadvertently led to his win in Oakland. It certainly impacted his deck choice.

"My hope was to make Top 16 and Q for San Juan," Nass said of his mindset going into Oakland. "I certainly didn't expect to win it. I hadn't really tested Extended much due to practicing for the Pro Tour. Everyone else in my area was playing Dark Depths and winning with it but I didn't have the time to practice it so I ended up playing Elves. I 2-3ed the Trial and thought the deck was terrible. Then I went on a roll." 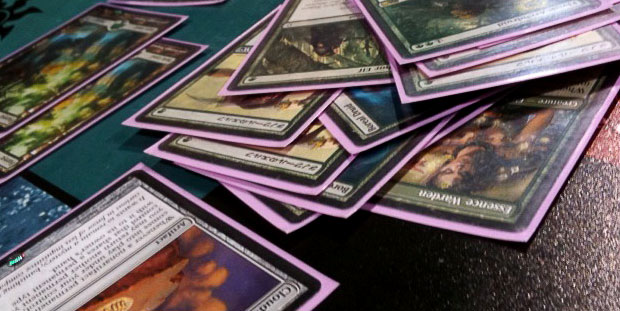 With the Grand Prix in his rear view mirror, what was he expecting from his first Pro Tour results?

"I would like to Day Two. If I can get 3 extra Pro Points I will actually [gravy-]train. I would hope to Day Two and get a few more points," he said. "I am not blinded by my Grand Prix win where I think I am the best player in the world or anything. If I could 4-3 Day One and 4-3 Day Two that would be fine. I think we have tested some good decks. We haven't broken the format or anything but I would bet we have tighter lists than everyone else."

If the testing that Matt's group has done is any measure then Standard players everywhere should rejoice at the impact of Worldwake on the most played Constructed format. 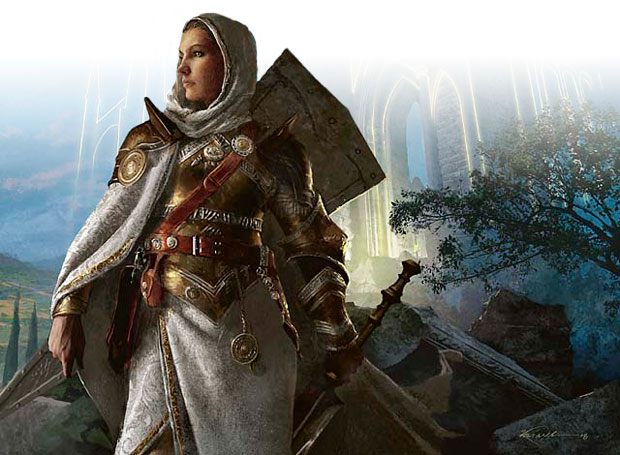 Don't forget to check out the live coverage all weekend long, as there will certainly be plenty of new decks to tech, players to interview, and drafts to view. 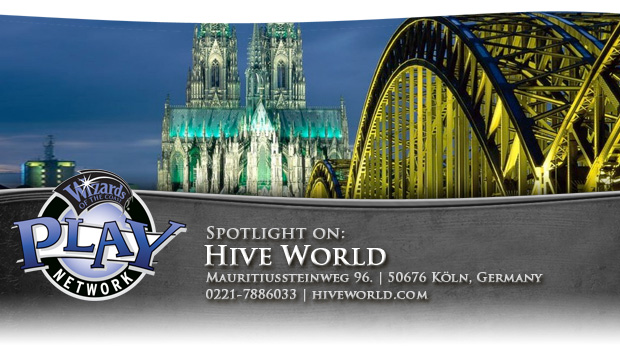 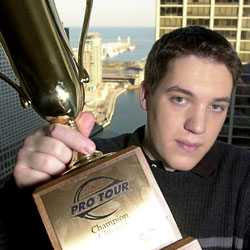 The Wizards Play Network Spotlight is turned to Germany this week and the city of Cologne—a city with a rich history of Magic and Pro Tour dominance. Pro Tour Hall of Famer Kai Budde was living in Cologne when he first started playing on the Pro Tour. You may remember his early Dojo articles proudly declaring his membership in the CCC—short for the Cologne Conjurers Circle. He has since moved to Hamburg and to other preoccupations, but the city of Cologne is still sending promising young players to compete on the Pro Tour. Hiveworld is a gaming store in Cologne that opened in 2005 and has been a WPN location since 2007. The store sells role playing games, board games, comics, fantasy novels, and—of course—trading card games. The store had been running unsanctioned Vintage events for sometime and sought out the WPN program so that Vintage players could play in official DCI events with a tournament organizer and judge.

Since entering the program, the store his widened its net and finds itself running a full gamut of events, including the same two formats that will be on display this weekend at the Pro Tour in San Diego.

"We have a strong Limited community so we usually run FNM drafts and a free Standard tournament at the end of each month to support younger and new Magic players," said Hiveworld tournament organizer Christopher Ruddat. "At our other tournaments we give out booster prizes to the top [players] and homemade uncommon and common packs to every other participant of the event so that everyone takes home a prize. This way we encourage the youngsters and new players to get involved in official Magic tournaments."

Fostering those up and coming players is something very important to Ruddat and he is extraordinarily proud of the achievements of his regulars. Reinhold Kohl finished in the Top 8 of two different Grand Prix events last year and Andre Luff made the Top 8 of German Nationals but the pride of Hiveworld is clearly a recent PTQ winner who we will be sure to check in with during the video coverage of the Pro Tour.

"We have healthy mix of casual and competitive players," said Ruddat. "Our personal 'Rookie of the Year,' Robert Lange, won a PTQ for San Diego at only 13 years old! He will likely be the youngest german Pro player after attending PT–San Diego. You better look out for him in the future!"

While Pros will often help to increase the level of play of the other players in their area, sometimes it works the other way around. Ruddat presented an example of this, as he had affected his store's Standard metagame. Many of the younger players in the store take part in the Standard FNM tournaments and often find themselves playing alongside or even against players with Pro Tour experience. One such Pro was playing a Time Sieve deck and was matched up with the proverbial small child. The more experienced player assumed that he knew exactly how this match would play out but was in for quite a surprise.

"Suddenly the kid played his fourth land and put a card on the table which he had thrown into his deck," recounted the tournament organizer. "Obviously the Pro wasn't used to the looks of this card and couldn't believe his eyes. The kid played Manabarbs in his main deck! The Pro player scooped up his cards and conceded. Since then that card has found its way into some mono-red decks at our store."