Kindness and Its Opposite

hat do you want to hear first: a story about human kindness and national pride or look at a decidedly unkind preview card that will be appearing in Duels of the Planeswalkers 2013 as well as Magic 2013? 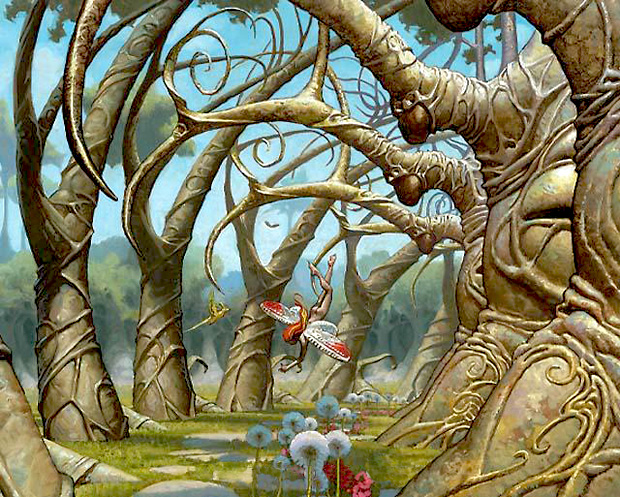 Just as I thought... human kindness it is. Our story starts back before the 2011 Magic World Championships and—

—oh? The preview card you say? It is the very opposite of kindness. Don't say I didn't warn you.

I am writing the official preview for this card and I still can't believe it. I visit the Wizards offices a couple times a year to pore over old photos and videos and sometimes will get in an R&D draft or two. Sometimes—and please don't tell anyone this because I would not like to jeopardize the small amount of access I have—I will overhear people talking about upcoming cards. Not often, mind you. They run a tight ship there; I am not even certain what floor they are on since I have to be blindfolded and spun around ten times before they will take me to the Pit.

I remember hearing someone talking about my preview card for this week—this was a couple years ago—in an FFL game going on in the background. I was floored. This was an aggro-defining card and a Limited powerhouse. It couldn't be coming back... could it? I waited and waited for the shoe to drop on the Magic community. I was certain if it was coming it would be in New Phyrexia, where it could wreak havoc with infect decks. But the block came and went without any sign of it.

When it wasn't there and not in any of the Innistrad block sets I let my guard down and figured that cooler heads had prevailed. ...

This card is the actual beatstick talked about in hushed whispers at underground Pauper fight clubs. Let's take a look at one of the decks that used this card to great effect at the highest levels of competition. 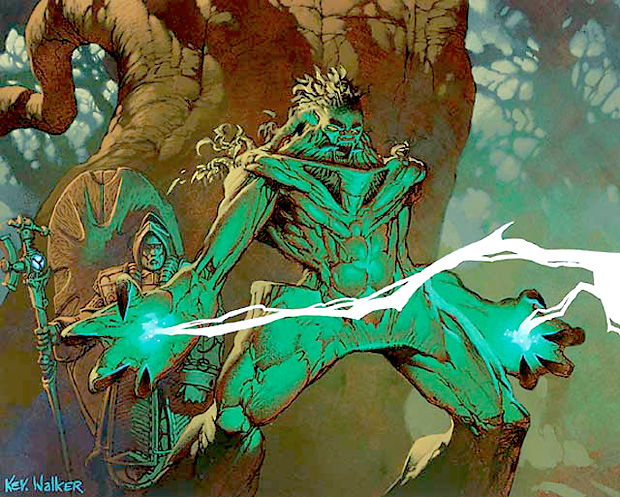 Rancor is still running rampant on Magic Online in the Pauper format. The card, which was originally printed in Urza's Legacy at common, is the weapon of choice for mono-green players of the all-common format. Here is a deck that has posted strong results as recently as this March.

My all-time favorite use for Rancor was always in a combo Enchantress deck that included Auratog as a way to continually sacrifice and get back the Rancor while drawing cards if you happened to have an Enchantress or similar effect in play. Every time you sacrifice the Rancor to the Auratog it would get bigger by +2/+2, which meant you could give the 'tog super Forest-breathing for every green mana source you had in play. With the final green mana you would replay the Rancor and give the 'tog an extra +2/+0 and trample.

A couple of quick things to note about Rancor and its impending arrival in the current Standard format:

Glistener Elf is still out there and looking for work. This is exactly the card infect decks were looking for. I know I played a blue-green version of Infect last year that sported Livewire Lash, but I would jettison that card and all its upside in a heartbeat to put four copies of Rancor in that deck. Talk about inevitability; the trample component of Rancor means all those clumsy Titanic Growths can assuredly punch through just about any defense your opponent can muster. You can also accelerate your Inkmoth Nexus clock considerably since it comes back to your hand every turn when it falls off the unanimated land. To paraphrase someone else talking about this card elsewhere—imagine if Silver-Inlaid Dagger had a cost to both cast and equip at a whopping total cost of

AND gave trample as a bonus. For people looking to play more "fair" with their Rancor, you should expect to see this card on a lot of unkind Invisible Stalkers.

I will pass along to you a lesson I wish someone had passed along to me prior to the Urza's Legacy Prerelease. If you open a Rancor please take it—or at least pass it to me. The card has been moved from common to uncommon, so you can't play fast and loose and expect another one to come along. I have a hard time imagining that for the purposes of Limited this won't be the best card in that pack.

And now for the opposite of Rancor...

I have been talking about the impending World Magic Cup over the past couple of columns and reporting on some of the rosters as they have been filling out. Last week, I interviewed Lucas Siow as he joined Alexander Hayne and Jamie Blanchette to form 75% of the Canadian National team. What I did not fully realize was that along his way to the slot, Siow had upended last year's Canadian National Champion, Marc Anderson, in the Top 8 to get there.

Anderson broke out in 2011 with his win at Nationals and just missed the Top 8 of Worlds on mere tiebreakers. His next two events did not go quite as well, but heading into Pro Tour Avacyn Restored he was comfortably ahead of Alexander Hayne. Hayne needed a Top 25 finish to pass him and we all know how that turned out. Suddenly, Anderson found himself falling from potential National Champion to one of many faces in the crowd vying for a spot on the team. He admits to being a little dejected—he knew he could have played harder down the stretch of the 2011–12 season—at not playing in the first WMCQ. He snapped himself out of his funk with a little urging from his teammates and went to Toronto only to lose to Siow in the semifinals. 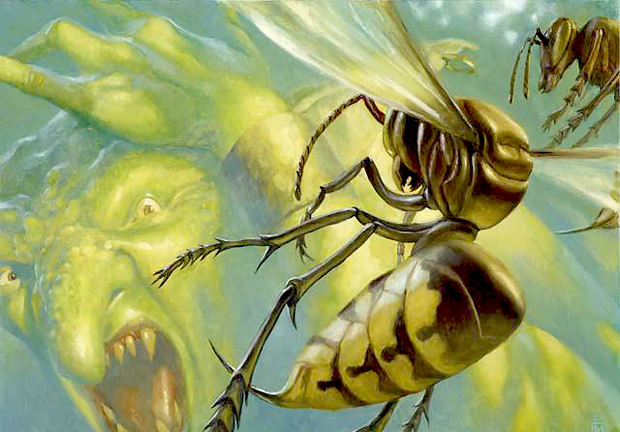 I have talked recently about the resurgent Magic community in Canada and the team captain Alexander Hayne knew there were some players he wanted to make the trip to Calgary for the final qualifier this past weekend. 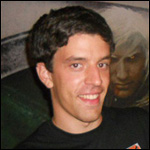 "The following week, completely out of nowhere, Hayne posted a (Facebook) status asking if anyone would make donations to send people to Alberta," explained Anderson of an ad hoc Kickstarter by the National Champion. "I was very touched to find out that $250, plus cards, were waiting for me if I decided to make the trip."

Anderson was able to find a flight within his budget thanks to the boost from those funds and was off to try one last time to get back onto the National team he thought he had locked up prior to Spain. One of the players who had contributed to the fund was Doug Potter—if you just listen for the loudest voice singing after Alexander Hayne won, that is Potter—and Anderson had to face him in the quarterfinals.

Anderson explained that he felt guilty beating someone who had contributed to him getting there but Potter would have none of it. The reason he had donated was because he felt the Canadian team would be stronger if Anderson was on it and let the better man win.

"Canadian Magic is our priority!" said Potter, the very embodiment of the opposite of Rancor.

The National teams are filling rapidly and the US team just got a "bit" more formidable with none other than Luis Scott-Vargas making it onto his third National team, joining Hall of Famer Brian Kibler and relative newcomer Alex Binek. The last spot for the team will be determined this weekend in Maryland.