f you have not already read the text coverage and seen the video commentary that I, Rich Hagon, and Nate Price did, then you missed out on a pretty sweet event to kick off the 2012 schedule. Grand Prix Austin was attended by more than a thousand competitors looking to get in one of the last triple-Innistrad Limited events before Dark Ascension Prerelease weekend shakes things up in just two weeks. 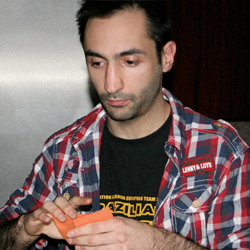 When the dust settled from nine rounds of Sealed Deck and another nine rounds of Booster Draft, only Hall of Famer Raphael Levy remained standing. We had a chance to sit down in the coverage booth with a beaming Levy just after his win. Despite playing the game across three different decades, Levy made it clear his passion to win—and his appreciation for when he does—was every bit as strong as it was back in 1998, when he first made his professional mark with a win at Grand Prix Lyon.

Raphael sliced his way through the Top 8 with a lean white-blue aggressive deck that did not provide any opportunity for his opponents to have even the slightest misstep—and even if they did get to fortify against him he had Feeling of Dread to mop up those last remaining life points and a couple of counterspells to keep any nasty bombs from changing the race.

If you look at Raphael's early picks—and you can, thanks to a hard working judge team at the event that recorded everyone's pick for this draft viewer—it is apparent he came to the final table ready and willing to be the white-blue aggressor. He led off the draft with an Invisible Stalker—over the always popular tapper, Avacynian Priest—and followed up with Champion of the Parish, Chapel Geist, and Delver of Secrets. You only have to look at Raph's first pick from the second pack to see the way a top pro remains on target despite the temptations of bombs.

To that point in the draft, Raphael did not have a strong commitment to blue despite first-picking Invisible Stalker to kick of the draft. As he opened the second pack of Innistrad, which was now changing direction so he was passing to Austin Bursavich instead of David Howden, he could have easily made a move into white-black with the fearsome Bloodgift Demon that is both a source of card advantage and flying fattitude. I remember when you would windmill slam an Air Elemental in a draft and this guy is all kinds of better than that card. There was also a Kruin Outlaw in the pack and Raph could have "declared" he was going into red for that powerful card. 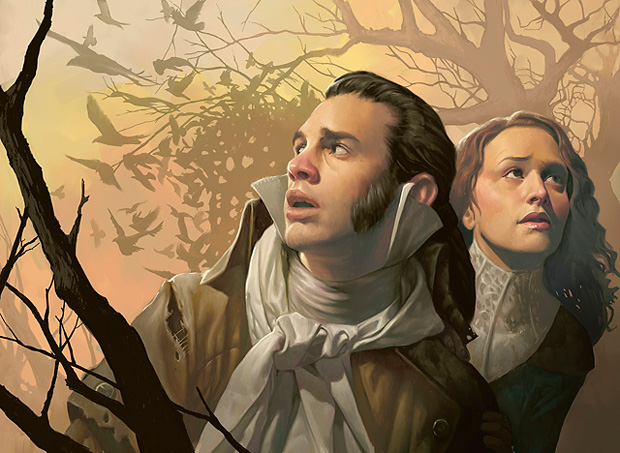 The Hall of Famer chose neither. The card Raphael took over that pair of rare temptations was instead the lowly Feeling of Dread. The card won him multiple matches throughout the Top 8 and was very much in his plans as soon as he committed to a white-blue aggro plan with his opening picks. There was also a Doomed Traveler in the pack that would have slotted right into his picks with a reasonable expectation that the Feeling of Dread would make its way around the table back to him. Rather than worry about which cards the table might or might not take away from him, though, Levy chose the card he knew he wanted to have. In the end, there was also a Selfless Cathar in the pack, and while the Traveler didn't make its way back home to Raph, the Cathar did, providing another one-drop Human for his deck. Looking through that second pack, he knew he could get two of the three cards that would make his deck. Two of them were redundant and one was essential to his plans—despite likely being able to table the essential card he took no chances.

When Raphael had chosen all his cards he ended up with one bomb rare, in the form of a pack-three, second pick Geist-Honored Monk. By and large, he had a deck based around common cards he could reasonably expect to be in upcoming packs, a relatively low mana curve, and the ability to push through the final points of damage with Feeling of Dread. That plan was able to cut through David Saylor, Eric Downing, and finally Pat Cox to earn Levy the fourth Grand Prix trophy of his long and storied career. It was the second trophy Levy had earned in Texas—having previously taken first place at Grand Prix Dallas-Ft. Worth—but it was the first of the four that came in Limited.

The coverage staff recorded the first picks of everyone who played in the second draft and you can see that while Levy did not go rare crazy in the Top 8, he was not going to avoid them when appropriate with Mikaeus, the Lunarch and Bloodline Keeper overshadowing his solid Fiend Hunter in pack three. You can see the first picks of all the players who made it into the Top 8 in this chart below:

I have been a big advocate of the Green-Blue Mill Yourself strategies built around cards like Spider Spawning and Gnaw to the Bone for some time, but it was Raphael Levy who really showed me how far you could push the archetype over the two weekends of Gran Prix San Diego and Worlds at the end of 2011. I got into a pick-up draft with Levy and was aggressively taking Spider Spawning but not finding the support cards coming around the table like they were online at the time. (It is very hard to draft the Green-Blue Mill Yourself decks currently, but there was a time you could get late-pick Spider Spawning and even wheel cards like Gnaw to the Bone and various recursion pieces.)

Raphael had been picking Deranged Assistants, Armored Skaabs, and Mulches much higher than anyone I had seen other than Hall of Famer Jon Finkel who regularly hosts drafts in his Mana-hattan apartment. He also had the Runic Repetition and Memory's Journey combination but no Spider Spawning to recur with them. We ended up on the same team and it was quite an moment as we looked at my double Spider Spawning in my aggro deck and his Invisible Stalker in what could only be described as a combo deck.

Levy was undeterred, though, and simply came up with a game plan that would allow him to win. He knew his deck was capable of aggressively flipping all of its cards into the graveyard with remarkable consistency. I don't know if you've had a chance to play the archetype at all, but you can get your deck turned on very quickly to get enough creatures in the graveyard so Spider Spawning is able to generate enough creatures to kill the opponent. Levy decided he would instead plan his endgame around getting Wreath of Geists on Invisible Stalker. If any of the parts of that combo got milled away in the process he would be able to shuffle them back in with Memory's Journey. It is one thing to have a two-card combo and hope to draw it, but in this archetype Levy, by treating his graveyard as a resource, reliably got his combo online and easily went 3–0 in the draft. Along the way, he also rewired my brain so I was virtually incapable of drafting anything other than Green-Blue Mill Yourself for the last 6–8 weeks.

If you want to get a good look at the green-blue archetype in action, we covered a match featuring Tom Martell and another with Matt Ferrando. Both players drafted the archetype on Sunday to very good results. Martell missed sweeping his first Draft pod due to keeping a one-land hand, but his deck was superb. Ferrando went 5–0 on Day Two only to fall one match short of making the first Top 8 of his career when he lost to Eric Downing, who played a four-color deck that had everything but the kitchen sink in it—Ferrando was also playing four colors to splash Burning Vengeance into the deck. The days of triple-Innistrad Limited are quickly coming to a close as Dark Ascension is just two weeks away at a Prerelease in your area. Based on the cards you have seen so far, what do you think will change for the existing archetypes? Can Green-Blue Mill Yourself be drafted reliably with one fewer Innistrad pack and not seeing an Innistrad card until you are 14 picks into your draft? What about Levy's white-blue aggro plan? Have you seen any cards you want to draft a deck around? Head to the forums and share your thoughts there or email me at the link below.