A Look Into the Future

in case you haven’t already noticed, today is the preamble to one of the most exciting new eras in the history of magictheGathering.com. Once Monday rolls around, readers will have the opportunity to enjoy a heretofore unseen level of support and information via our new Premium service, which will offer these unparalleled services for Magic players who want the best information possible.

Those of you unwilling to meet the not-so-humble requirements for membership will still be able to enjoy the site you have come to know and love each day-- you just won’t be able to enjoy it as much as your more spendthrifty counterparts. There will be an extra level of insight that won’t be available to the everyday readers, although non-Premium members will still get the nuts and bolts they need to keep up with all the Magical happenings.

The site will be bringing in a number of the game’s experts to provide their unique insight into very specific aspects of the game for the edification of premium members looking to improve very specific parts of their game. I am excited to provide you portions of upcoming "How To" articles that Premium readers -- let’s call ‘em preemies from here on, OK? -- can look forward to.

As for my weekly column, things will proceed pretty much as normal with stories and interviews about the players and personalities who make up the Professional Magic community, but going forward I will dig just a little deeper for the Preemies. The trick will be maintaining a balance between the free side and the premium side so that penny-pinching readers who are not committed to buying Mark Rosewater a new Hummer . . . I mean, committed to enjoying all the new perks and bonuses that come with your new membership . . . can still enjoy the site.

The important thing to remember for readers who do not opt for Premium is that you will still be getting the basic information you need. Think of it as a basic cable package -- you will still get ESPN, CNN, and MTV.

This week’s news is dominated by the Magic Invitational. The 16 players have been selected through a variety of ballots, electorates, and categories.

With their invites secured, the players need to get down to the business of designing their Invitational cards. Each players has to submit a design for a card that will become a part of a future expansion should they win the event. Another card will also be selected from the 16 designs by the readers of this site to become an actual card -- the “Plus One” to the winner’s design, if you will.

Freshly elected Fan Favorite Tim Aten already showed off three potential designs in a public plea for votes during his "get out the vote" campaign.

Players take different approaches to card design. Some, like last year’s winner Bob Maher, elect to submit a placeholder design and round it out later while others choose to turn to the electorate for assistance. This was the preferred method each year for David Price, who would put out a request for designs to the public and then take the one he liked the best. In 2001, he actually took a card I designed to the Invitational but sadly did not win.

Jeroen Remie narrowly edged out Aten in the Writer’s Ballot and is taking a truly unusual and heart-warming approach to the design of his card. Anyone who has ever fantasized about playing the game at the highest level would certainly appreciate Jeroen's approach, and certainly his actions demonstrate that he embodies all the characteristics you hope to find in an Invitationalist: Passion, loyalty, humor, and a long-standing love and respect for the game Jeroen is also at the epicenter of a huge new team that has formed to storm the Block Constructed format for Pro Tour-Philadelphia.

Long before Jeroen became a popular fixture at Professional Magic Tournaments, he was a fixture at his local card game shop in the Netherlands where he would play the game with his close friends.

Jeroen will be returning to his favorite diner in Indiana in the coming weeks for a big plate of the usual and a brief side trip to Grand Prix-Detroit.

There is no reason to fear progress.

Before I go, I want to share a decklist from an old The Week That Was that might have some value in the upcoming Standard format. It is a deck that a prominent Pro played in the Block Portion of a major tournament, and now that Affinity is dead it could be something to keep in mind as Regionals approach. 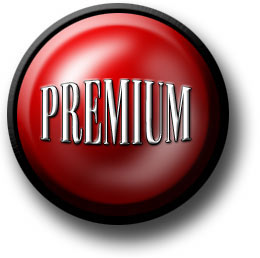