ike gave a quick wrap-up of the above-the-fold National Championships in yesterday's Top Decks, including a look at the decks of an exciting U.S. team. Grand Prix and Pro Tour winner Charles Gindy will lead Adam Yurchick (who finished 9th at the Pro Tour that Gindy won) and Todd Anderson into battle against Team Japan. Sure, there are plenty of teams heading to Rome to compete in the event but they are all thinking about facing off against an impressive Japanese team helmed by Shuhei Nakamura and featuring former Rookie of the Year Yuuya Watanabe. Even as the U.S. event was heading toward the Finals the competitors were thinking about potential match-ups with the Shuhei-led team. 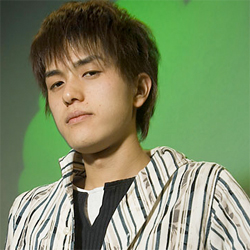 "Was Kenji fourth?" asked Adam Yurchick, when someone mentioned that the Japanese team could be going to their alternate if self-described salaryman Yuma Shiota had to pass on the spot due to work commitments. If that came to pass then none other than Kenji Tsumura would have the opportunity to fill the third spot on the team. The result would be one of the most formidable teams in Worlds history, with 11 Pro Tour Top 8 finishes, umpteen Grand Prix Top 8s, two Player of the Year titles, and a Rookie of the Year between them. Every other team heading to Worlds is to be thinking about this squad—even if Kenji does not take the third spot—on the flight to Rome this winter.

There are plenty of other teams to consider when looking ahead to that event, the U.S. squad right at the top of the list. Charles Gindy is not someone to dissmiss lightly. He now has a titles at the Grand Prix, Pro Tour, and National Championship level. The only remaining event trophies to win on the modern pro play schedule are Team and Invidual World Championships, and he will get his crack at both of those this winter. Gindy is a serious competitor and has said he will put in extensive work with Todd Anderson—the least experienced member of the U.S. team—and you can expect all three members to be loaded for bear in Rome. Gindy knows his team has their work cut out for them in Rome, based on his comment on Facebook when I congratulated the Brazilian team heading to Rome. 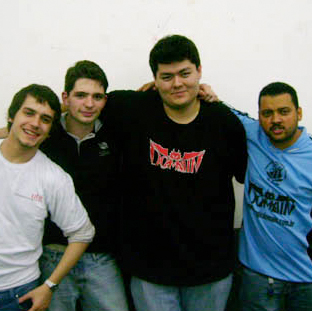 "(Expletiiiiiive Deleeeeeeeeeeeeeeeted)!" wrote Gindy when he learned that Brazil's squad would be helmed by Paulo Vitor Damo da Rosa. Also on the team was former World Champion Carlos Romao, who apparently conceded to his friend in the finals out of deference to Paulo's potential run at the Player of the Year title, and the relatively unknown Aristides Camara. The 10 points that Paulo earned for the Championship catapulted him up the standings into 6th place just a single point behind Kazuya Mitamura and three points behind Shuhei. With additional Pro Points available in the team competition I would not be surprised to see Paulo and Shuhei jockeying for the Player of the Year lead in the Team Competition come Worlds.

France Nationals featured Pro Tour Top 8 veteran Yann Hamon and Hall of Famer Olivier Ruel in the Top 8 but both players were turned away in the quarterfinals. Champion Gilles Mongilardi has a Pro Tour invitation under his belt from earlier this year in Kyoto but does not have nearly the experience of his two teammates. Finalist Antoine Menard has participated in more than two dozen Pro Tours with close to half of them resulting in Top 32 finishes, which has pushed him across the 100-point threshold required for Hall of Fame eligibility. Guillaume Mantignon was the National Champion two years ago and has had his hand in more than a few noteworthy decks to come out of France, including Pierre Canali's winning deck list from Pro Tour–Columbus several years back. 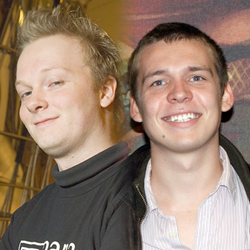 Another Nationals from this past weekend that had a disapointing Quarterfinal result for Pro Tour observers was Netherlands Nationals, which saw possible Hall of Famer and former magicthegathering.com columnist Frank Karsten lead the standings throughout the closing Swiss rounds only to fall in the first round of elimination to eventual team member Niels Noorlander. Kevin Grove was the eventual National Champion, playing a Cruel Control/Mannequin hybrid. Noorlander played Faeries, and former National Champion Tom van Lamoen ran an usual, non-combo Swans of Bryn Argoll deck. While five-color decks dominated U.S. Nationals, the flying blue-black menace strafed the Dutch field with three players, including the aforementioned Karsten, piloting Faeries into the Top 8.

For all your Swans of Bryn Argoll fans out there waiting for Extended season so you can play a Swans combo deck again, this is the second year in a row that Tom van Lamoen has made the Dutch team with a funky looking non-combo Swans deck. I have not had a chance to play around with this list but I will certainly be giving it a test drive on Magic Online at the first opportunity I get. With Seismic Assault not around to combo with anymore, Tom's deck certainly gets the nod for most unexpected card to show up in a post-M10 Standard Top 8. 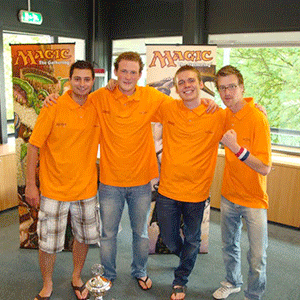 While PT observers may be disappointed that Frank will not be on the Dutch team, newly crowned champion Kevin Grove was excited about the chance to go into battle with the team he was captaining.

"We do not have any big names in our team," admitted Kevin. "But I think that our team has the up-and-coming Jelger, Frank, and Kamiel on it. We might not be big names yet, but there is a new generation from the Netherlands—soon to be pro players—getting close to becoming mainstays on the PT. Hopefully we can show that we have made a lot of progress in our play! If we test a lot, we should be able to beat anyone."

Kevin has played in two Pro Tours so far in his career but due to school studies was not able to make playtesting for those events enough of a priority. He plans on testing extensively with his teammates and leaning on last year's captain Tom van Lamoen to give his team an edge against the team's who will be coming to Worlds for the first time.

"Tom's experience will be invaluable," said Kevin. "He will be able to make our team acclimate to the atmosphere of Worlds that much faster. Me and Niels are very good friends and I think that Tom will fit perfectly with us. It will be a lot of fun to be playing with each other. There will be lots of laughter around the Dutch team!"

When asked about interesting decks from the event he singled out his deck for being 62 cards and the deck of a teammate.

"I didn't see anything I didn't expect, except for Tom's deck," he said of non-combo Swans. "Somehow he just wins when he plays Swans ... I like his deck, since I really like a board control deck that gains some form of momentum when it untaps with a special card in play. Swans and Baneslayer Angel combined with what feels like infinite removal feels really strong in a format that is dominated by the combat phase!"

Mexican Nationals took place two weeks back and Fernando Dominguez will be leading that team into action in Rome. Joining him will be Román Carrillo and Carlos Martinez Silhy. There were six different archetypes in the Top 8 of the event ,with only Faeries and Black-Green Elves doubling up. The Mexican Champion posted a 14-0-1 record over the entire tournament and declared Faeries to the the best deck in the format—a deck he dubbed Copy Paste in the Mexican coverage. The decklists are from the pre-rotated Standard format and can be found here.

Kithkin has been a dominant deck at the PTQ level but was pushed aside at U.S. Nationals by the dominant finish of the board sweeping Five-Color Control decks. In Romania it was enough to carry Bogdan Voda to the National title. The deck took three of the Top 8 spots in Romania, with no other deck putting multiple copies into the elimination bracket.