ow was everyone's Magic 2010 Prerelease this past weekend? Hopefully everyone had a great time and opened up cards they needed for this brave, new Standard format. I ended up getting to my local event too late for the main event and was only able to get in a couple of drafts before heading off to Paul Jordan's surprise birthday party—there are some things more important than playing Magic. Fortunately there will be Launch Parties this weekend, so I can try out the M10 Sealed Deck format in advance of covering Grand Prix–Boston next weekend, which will be two straight days of M10 Limited. I am going to have to try and sneak in a Friday night launch event somewhere since Saturday is a tournament in Edison, NJ that will mark my first foray into PTQ Magic in more time than I want to admit. I am still on the fence about what deck to play based on testing results and card availability but if you want to check in on how I am doing you can follow along on Twitter where I post as @Top8Games.

Of course, if you really want to get a handle on the new Standard format you should keep your browser tuned to magicthegathering.com, which will be providing live coverage of three different National Championships—Australia, Japan, and Spain—as we pick up the pace on the Road To Worlds. There have already been a handful of Nationals run prior to this weekend, with some notable names making National teams.

Four-time Pro Tour Top 8 competitor Benedikt Klauser from Austria made his team and may have earned enough Pro Points to thrust himself back onto the Pro Tour Hall of Fame ballot after being removed last year.

Perhaps one of the most unexpected names—although only geographically—was Pro Tour–Prague Top 8 competitor Quentin Martin making the team for Canada after moving there recently.

In Malaysia the National Championship was won by Joe Soh (brother of 2005 Magic Invitational winner Terry Soh). but it was Pro Tour–Honolulu Top 8 competitor Zac Hill's alternate status that attacted attention. The finish was Zac going out on a high note as he is about to take a position working for Wizards and will no longer be eligible to compete in sanctioned events for the duration of his employment.

Alternate Matej Zatlkaj will be playing for the Slovak Republic National team should any of the three players ahead of him pass up the opportunity to compete in Rome. Given his breakout performance in Berlin and strong showings since, there are going to be few teams that have such an accomplished ace in the hole. 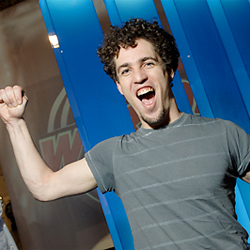 Last year was the first time that Pro Points were added to Nationals, and it had a tremendous impact on the careers of multiple players who dipped into that well. Australia's Aaron Nicastri took his Nationals berth and parlayed it into a Rookie of the Year title and enough points to avoid the PTQ circuit for the immediate future. Armed with a handful of points from Nats and a 35th place finish at Pro Tour–Hollywood, Aaron completely embraced the pro Tour lifestyle and traveled to every Grand Prix he could get to. While the results from those events may not have paid off the way he intended he took his accumulated experiences with him all the way to the finals of the Team Championship and a 17th place finish during the individual portion of the World Championships.

"About a month after [Nationals] I decided to take a gamble on it with the hope of being a Pro Player," said Aaron, for whom the whole experience of becoming a fixture on the Pro Tour—much less playing under the Sunday spotlights—has been somewhat dreamlike. "Any event you do well in is spectacular. Almost a bit surreal. Australians playing Sunday on a Pro Tour? I guess Worlds to me seemed like the deserved result after the effort and time I had put in. It is nice when things work out." 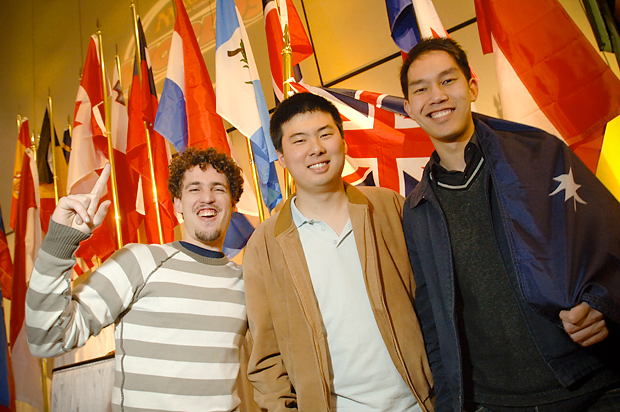 Aaron looked back on his own experiences and offered advice to anyone playing in their first Nationals this season—or even looking to grind into their first Nationals. Even if you missed out at Regionals or on a ratings invite there is always plenty to do at a Nationals weekend, starting off with Grinders—essentially Last Chance Qualifiers—for the event.

"Test and test and absorb as much information as you can from the players who are better then you," said Aaron, who was offering the same advice to his immediate circle of players. "Definitely play something you're comfortable with if you are inexperienced and try to draft in a linear straightforward fashion. On this note my roommate who has played one DCI event this year is trying to grind into Nationals. We have set him up with Kithkin and led him into drafting Jund or Naya." 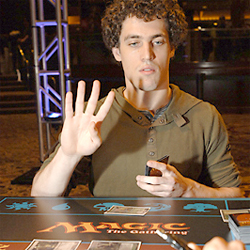 Aaron explained that Kithkin was a perfect Grinder deck—especially because of the unique pricing options at Australian Nationals.

"Play fast efficient decks so you have a higher chance because you can play more Grinders," said the reigning Rookie of the Year, who seemed wistful about the chance to slug it out for an invitation. "Remember, in a 16-man Grinder you only need 4 wins. In Australia you can buy a $100 ticket for as many Grinders as you can handle. If you go 3 wins and a loss you get a box; if you go 4-0 you get a box and entry into Nationals. I almost want to lose my invitation so I can win some product ...." 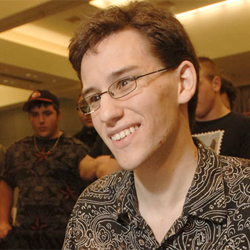 Aaron will get a chance this weekend to see if can make back-to-back Nationals squads. His team from last year went just about as far as you could in the Team portion of Worlds before running afoul of the American team, which featured another player whose career got a jump start off of the Pro Points earned at his National Championship. Sam Black had previously earned Magic notoriety for winning a car during Public Events at Worlds the year previous but it was not until last year's Nationals that he started to have success in the private events on the other side of the velvet rope at the feature match Arena.

"I'd made Day Two at a few Pro Tours but never finished in the money," said Sam, who is currently tied for ninth in the 2009 Player of the Year race. "Actually my first and only individual money PT finish was this year at Kyoto." 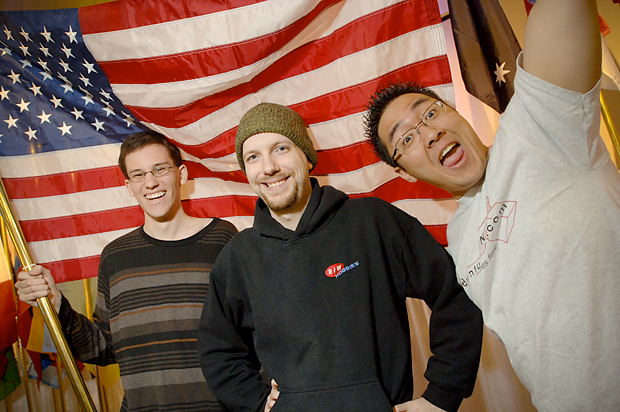 Unlike Aaron, Sam, who earned the invitation to last year's Nationals on rating and an undefeated Regionals performance with Faeries, did not alter his approach to Magic after securing his berth on the National team. 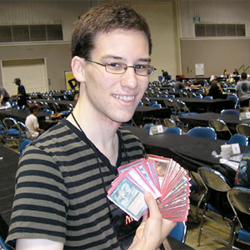 "That's not really how gaming has worked for me," explained Sam. "The only job I've had was running a game store and in 2006-2007 I was playing Dreamblade professionally while doing that. I've basically always been playing Magic full-time, I just wasn't doing well enough until recently."

While making the National team may not have been the impetus for playing Magic full-time, the Pro Points he earned at last year's event have played a major role in his success this year, including Top 8 finishes at Grand Prix in Barcelona and Singapore.

"I needed those points to get over the threshold to Level 5 and I needed Level 5 to justify going to foreign GPs," Sam explained. "And I've Top 8'd two of those this year, so I'd say it was pretty critical."

Sam will have the chance to defend his National team membership next weekend in Kansas City and will surely have his eyes on the coverage of Australia, Spain, and Japan for the latest deck technology. Keeping an eye on Kentucky would probably be advisable as well. There will be the $5,000 Kentucky Open—the eighth iteration of the Kentucky Open run by Brennan Moody and Bluegrass Magic. Many of the best North American players will be descending on Kentucky for a warmup bout in the new Standard format before heading to Kansas City for Nationals. Among the players will be Limited Information's own Steve Sadin, who is heading down there to play along with Gerry Thompson. Two years ago Gerry and Gabe Walls put the Standard format on its ear with their innovative Momentary Blink deck that took a Top 8 berth in the Kentucky Open one week before Nationals.

I don't know if history will repeat itself but I do know that if you are trying to get a handle on the new Standard format there is no shortage of study materials for you to peruse this weekend.

Japan, Spain, and Australia will all be getting live coverage of their National Championships this weekend, and U.S. Nationals will get a preview at the Kentucky Open. Japanese Nationals is arguably one of the tougher tournaments in the world. Spain recently got some attention as Joel Calefel defended the home country's honor with his Cascade Swans win in Barcelona. While not a hotbed of Pro play, Australia has turned out significant decks over the past few years including the exciting Aussie Storm build. The Kentucky Open will be a hotly contested event that has turned metagames upside down in the past. What events will you be paying the most attention to and why?