op quiz time everyone, get out your number 2 pencils, write your name on the top of the page, and put away all other materials—and of course, no talking!

What is the expansion symbol for the oldest set that will be legal for the Extended leg of Pro Tour–Amsterdam?

How many cards will make up the Extended Banned list for Pro Tour–Amsterdam?

Okay pencils down. How many of you wrote down "Hourglass" for question #1? As of the July 1st banned and restricted list announcement Extended is not going to look the same anymore. It will have much smaller pool of cards that will include the last four years of cards as opposed to the previous iteration that included seven years of cards and a fairly arcane rotation system. That means the oldest set available for deck builders scheming up sixties for Amsterdam—and that will be the first major event for the new format—will be able to work with cards from Time Spiral block, Lorwyn and Shadowmoor blocks, Shards of Alara block, and Zendikar block as well as the cards in the base sets from Tenth Edition forward. It also means that when Scars of Mirrodin is released that the new format will feature cards from Lorwyn forward.

Wizards R&D member Erik Lauer explained that people were just not playing the format in any significant numbers unless it was dictated that they had to for a Pro Tour Qualifier season. The combination of so many years of catch-up and a dauntingly large card pool to build with spurred the need for a more accessible version of Extended that would allow players to get more mileage out of their Standard favorites.

"People whose cards rotate out of Standard—Extended is supposed to be the place where they can think about still playing their decks," explained Lauer. "In seven-year Extended there is a lot to catch up on. This way it is really only a year of catch-up if you think about it. Assuming you have two years of Standard and a new set rotates in then you only have one block to worry about. Whereas you used to have to catch up on three years of cards if you wanted to start playing Extended." 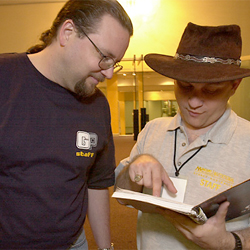 According to DCI Program Manager—and regular The Week That Was interview subject—Scott Larabee, there was some talk about creating something they called Double Standard to exist in between Extended and Standard. They quickly realized, however, that something else needed to happen once they looked at the attendance numbers and frequency of Extended events over the past few years.

"It became clear that instead of creating a third format—Double Standard—let's fix the one we have," said Scott. "One of the things we noticed was that the Extended format was not doing very well. The Pro Tour Qualifier round we run every year in Extended is the lowest attended, it does not do very well on Magic Online, and that when we are not making people play Extended there is less Extended being run than Legacy."

It is important to Wizards that there is a format for players to turn to with their older cards and the expectation had been that Extended would fill that role. Instead they were turning to Legacy which, while more difficult to acquire the pieces for, was much more stable. Once a player assembled a Legacy deck they could play with those old cards pretty much forever. But that did not take into account newly acquired or reacquired players who might want to continue playing their Kithkin deck from Lorwyn Standard or their Jund deck from Shards of Alara Standard without having to take the time to find older cards.

"People were looking at that proposition and deciding that they would play Legacy," Scott continued. "So we had people moving to Legacy and other people who felt it was too overwhelming to break into. What we wanted to do was provide a little bit of a softer landing for the player who doesn't want to be forced to make the move to seven-year Extended or Legacy. We want people who have made an investment in our new cards to have something to do with them beyond Booster Draft and Standard."

Scott also explained that each core set that is released comes attached to the block that last released a set before it. Tenth Edition, which came out after Future Sight, will rotate out of the new format when the Time Spiral block is jettisoned after the release of Scars of Mirrodin. Magic 2010 will not rotate with the Lorwyn block since it did not come out until after Alara Reborn so those cards will be around for two more blocks.

"Standard is already doing this," Scott elaborated. "We have not seen an actual instance of it yet but we will when Scars of Mirrodin comes out and Magic 2010 rotates out of Standard. We used to have two different rotations—one when the new block came out and one when the new core set came out. We just decided to have one time when everything rotated. It does mean for a three month period of time Magic 2010 and Magic 2011 will both be in Standard but there is a lot of crossover between those sets."

And what about the anachronistic Coldsnap? Well that set has been returned to the Dark Depths from whence it came. There was some debate about whether or not the set would be treated similarly to the core set releases but in the end it was decided that it was cleaner to have the new format be clearly defined as the last four blocks and associated core sets.

I asked Scott what expectations he had for this newly birthed Extended format. The previous Extended format was not an option for Friday Night Magic tournament organizers—would this more consumer-friendly version be coming to a WPN location near you sometime soon? 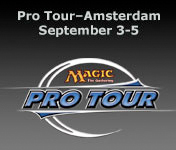 "That is one of the things we are looking at," he replied. "I don't expect that overnight there will be Extended tournaments popping up all over the world. That is not the plan here. The long term plan is to make the new Extended format more popular than the current Extended. What I would like to see is this format become more widely played than Legacy. Legacy is a great format and I love playing it but the fact is that Legacy has its limits. There are only so many dual lands out there. Pro Tour–Amsterdam will be the new Extended format's real unveiling. It will also be one of the formats for Worlds. Then there will be a qualifer season with it next spring. The January-April 2011 PTQ season which feeds the second PT of 2011 will use this format."

Okay, now that you know Kamigawa block will not be legal for the new format, and that the currently banned Sensei's Divining Top will not be in the card pool, I will give you a minute to revise your answer for Question #2: How many cards will make up the Extended Banned list for Pro Tour–Amsterdam?

Everyone should have written down a number by now and the title of the column should imply that the correct answer is not 0. How many of you wrote down 2?

For this newly formed format players will not be able to play with either Sword of the Meek or Hypergenesis. According to Magic R&D member Erik Lauer both cards are poised to rotate out of the format shortly and the decision makers wanted to ensure that there would be room for deck builders to explore the new format and not simply rely on the dominating artifact half of the combo deck known as Thopter Depths or have Hypergenesis run rampant in a format freshly freed from the shackles of Chalice of the Void. According to Lauer, Wizards is much more open to banning cards at the inception of a format and even pointed to the very beginnings of Extended.

"I guess you could look for precedent back when we banned Juggernaut when Extended was first created," Lauer chuckled. "It is a pretty small banning of cards that will be rotating anyway. I really want to see what the pros will do with this format with a couple of the obvious choices out of the way." 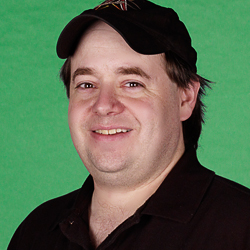 One of the game's all-time great deck designers, Erik Lauer seemed envious of the players that would get a crack at this fresh new format in Amsterdam and was excited to see how various other archetypes would fare and how people would prepare for them. It would be easy to just assume that a deck like Scapeshift, which performed well in the PTQ season, would rush to fill the void left by more successful combo decks but Erik explained that it was not as simple as that.

While a deck like Living End or Scapeshift may have done well it did not mean it would automatically assume a dominant position. Erik explained that Scapeshift may have been able to succeed because players had to focus so much of their energy combating other threats that those other decks were able to scratch out a small patch of turf in the Extended metagame. Now that they are known decks in a new metagame Erik contended that players would have the opportunity to prepare countermeasures for them—a luxury they did not have in the Dark Depths metagame.

"I would be much more excited about building decks for this event than the same Extended format that people already know," he said somewhat wistfully.