I am being held out of this weekend's Return to Ravnica Prerelease action by a Planeshift Card as I am trying to get my broken foot healed up in time for Grand Prix San Jose and Pro Tour Return to Ravnica. It is a terrible thing to miss a Prerelease weekend but the awfulness is increased by an order of magnitude when kicking off a new block. My brain cannot even handle the math of how many magnitudes it becomes when you factor in a return to everyone's favorite most urban of planes.

There are new draft strategies to explore, Standard gets a major overhaul with Magic 2012 and the entire Scars of Mirrodin block leaving the format, and new cards are injected into old formats. It is one thing to sit at home and muse over the Card Image Gallery and another entirely to open the cards, make decisions about what deck you want to build, and actually see the cards in action. It is one thing to theorize about new mechanics like scavenge and populate but until you actually get a chance to put that theory into practice it is hard to fully contextualize the new cards. 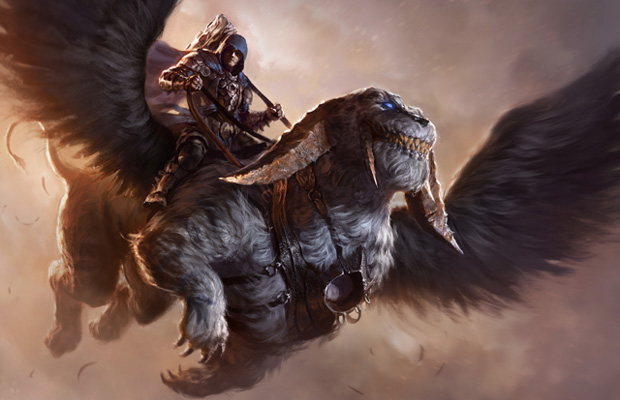 Archon of the Triumvirate | Art by David Rapoza

In a moment of wistful twittering I reached out to Platinum members of the Pro Player's Club to see where they were going to be cracking the seal on their Return to Ravnica packs and—more importantly—what guild they were choosing to do battle with.

While I have fewer lifetime Pro Points than he wins on any given weekend, I found out that I have something in common with Hall of Famer-elect Paulo Vitor Damo da Rosa. Come Saturday, PV will be sitting on the virtual sidelines since he took too long to reserve a spot for either Saturday or Sunday. Furthermore, there were more than forty players on the waiting list for each day. One would think that—being the most famous Magic player from Brazil, on the verge of Pro Tour Hall of Fame induction, and with a staggering NINE Pro Tour Top 8s in the past seven seasons—Paulo could just saunter in and run the "do you know who I am?" and they might find a spot for him. If you have ever met Paulo, you would know that type of behavior is not in his DNA. And even if it was, Paulo points out that it would not work.

While he might be a certifiable rock star of the game in every other corner of the globe, he gets no line-cutting privileges at home, where he has been a part of the local tournament since he was nine years old. While it must be nice to have a home base where he is not placed on a pedestal, there are times where a little hero worship would have its privileges. Paulo explained that he had nobody to blame but himself, since he waited too long to reserve a spot.

If you are a regular reader of Paulo's column on ChannelFireball you already know he has ranked Azorius as the most powerful guild to play this weekend. Interestingly, he ranked the guilds for the Prerelease in the following order:

Despite the last place finish for Izzet, it is next up on Paulo's batting order because he found it "the most interesting." Part of the Azorius attraction for Paulo was getting a chance to actually play with the detain mechanic and get a feel for it in action. What about other players on the same plateau of the Players Club as him?

Oftentimes at events, you will find a name player or Magic personality appearing as a guest of the tournament organizer and setting up to play games against all comers with a booster pack of the new set on the line. It is called spellslinging (and less and less frequently, gunslinging) and many of the big name players were planning on putting in guest appearances at their local events. Martin Juza was planning on playing in his local event. He was hoping that between himself and a handful of friends (seven friends, perhaps?) they could muster enough packs to get some draft practice in ahead of the packs going on sale next weekend.

There is no shortage of name players spellslinging this weekend at Superstars in San Jose, California. Of course, the store is the home base for ChannelFireball, and that means you can easily get the likes of David Ochoa, Josh Utter-Leyton, and Tom Martell to man the spellslinging station over the weekend.

In a Limited format where you often look to get your creatures into combat to trade with your opponent's creatures, detain seems like a big stalemate breaker. Both Martell and Ochoa have declared themselves for the glory of Azorius—or at least that is what they plan on playing this weekend. There was some shock at Ochoa's declaration within the Wizards offices. Now, I am not saying that there is some sort of board on which wagers are placed as to where the players will align themselves over the next few weeks. I am going to say that Hélène Bergeot was expecting David Ochoa to be Rakdos, and she might be brown-bagging her lunch for the next week or so. (Ochoa asserts that he took the test three times to be sure. Have you taken the quiz yet?) 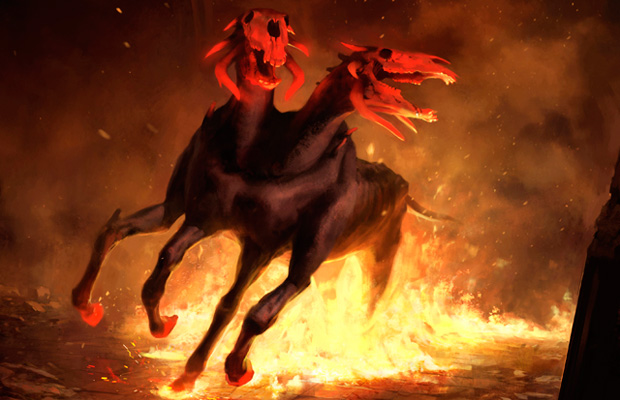 Luis Scott-Vargas recently moved to Colorado and will be spellslinging at Enchanted Grounds, ALSO with Azorius. Luis hinted that his long-term allegiances lay elsewhere when he said that Azorius was "a good front for his REAL guild." What is that real guild? Dimir? Simic? Croatian Magic superstar Grgur Petric Maretic assumed it was the latter, stating that Simic "was all about durdle."

Personally, I took offense to this. Is Dormant Sliver a card that durdles? Jungle Barrier? I think that... hmmmm... moving on...

Long-time Colorado resident Conley Woods will also be slinging spells at Enchanted Grounds, but would you expect Woods to play the same guild as everyone else? Woods said he would be going with Izzet this weekend and getting to play with a decidedly Conley-like Hypersonic Dragonpromo card as result. It is worth reiterating that each player who chooses a guild at the events this weekend will get to play with the promo card for that guild. This is a departure from every previous Prerelease weekend, along with the fact that there are five different promo cards being given away on the weekend. 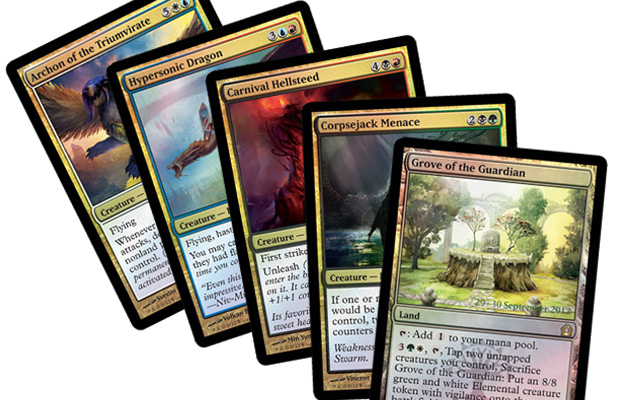 Brian Kibler will be the guest of honor at the +EV Games Prerelease being held at the Westin Long Beach across from the Convention Center. In a startling turn of events, he is not playing Azorius and will be planting a tree in the ground for Selesnya—something he thought should have been "obv."

It is a very small sample size but Rakdos and Golgari were unclaimed by any of the game's top players who I spoke to via Facebook and Twitter. What are you playing and why? Detain might seem like an obviously good mechanic but can unleash jump the curve of the game and snatch some victory for Rakdos? What about those Golgari scavengers? Should games go long their creatures will most assuredly be the biggest things on the table. I am going to be sitting on the sidelines this weekend so I want all the vicarious thrills I can get. Feel free to share your stories with me on Twitter or in the forums here. Good luck!.