or players on the Pro Tour, there is a series of tournaments that all lead to something else. Pro Tour Qualifiers get you to the Pro Tour. Grand Prix Trials are the building blocks of successful Grand Prix runs—and Grand Prix are also a stepping stone to the next level of Pro play. Succeeding at the Pro Tour leads to the so-called "gravy train" of Gold and Platinum status, which sustain qualification. Players can then parlay that success into the title of National Champion and a seat on their respective World Magic Cup teams.

Ultimately, players are all vying to be among the twenty-four players at the exclusive World Championship. Last week, we caught up with Pro Tour Born of the Gods Champion Shaun McLaren, who is locked into one of those seats courtesy of his win. The former MOCS competitor was providing some insight into his ascent from online player to Pro Tour champion in advance of this weekend's Magic Online Championship, which will settle another seat at the season-ending tournament.

Taking the current standings into account, this is what the World Championship roster would look like pending this weekend's tournament and a couple more Pro Tours.

Suddenly thrust into the midst of some of the biggest names in the game is one Jared Boettcher, who first announced his presence on the competitive scene when he finished 2nd at Grand Prix Washington DC. That led to his qualification for Pro Tour Born of the Gods... where he finished 9th in his debut performance. Just last weekend, he finished in the Top 4 of Grand Prix Cincinnati, which nosed him out in front of the Rookie of the Year race with half a season to go. With three strong finishes, it seemed like a fine time to find out more about the man who would be Rookie of the Year. 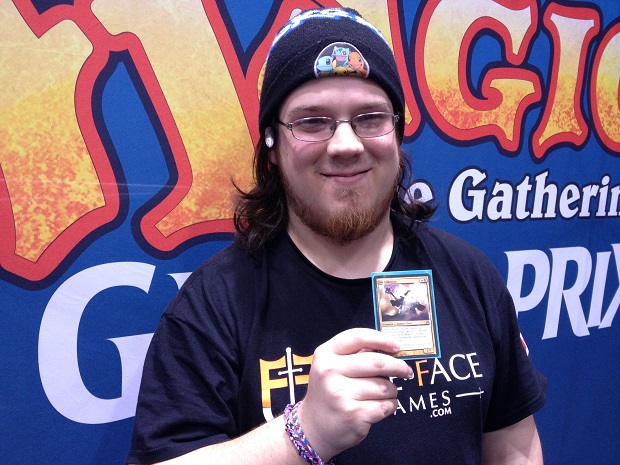 The twenty-one year old, self-described Magic grinder from Rensselaer, New York, has—impossibly—been playing Magic for seventeen years. His father would play the game with friends and it immediately became the younger Boettcher's life.

"I think spending the time with my dad and the awesome pictures drew me when I was little—it was around this time that I created the dream of becoming a professional Magic player, and now I can proudly say I'm on that level," said the two-time Grand Prix Top 8 competitor. "I made the jump to being competitive when I was in my first year of college. The group of friends I made there had always been talking about it and I finally decided I'd try my hand at it as well. Turns out it just ignited a fire in me."

Boettcher competed regularly on both the Grand Prix circuit and at SCG Open events. In 2012, he parlayed a Grand Prix Columbus Trial win into a Top 16 finish at the corresponding Grand Prix in the Modern format.

"Grand Prix Columbus was a sizable moment for me. It was my first Top 16 and made me finally realize that I actually can get results based on my effort. I'd been going to PTQs and Opens since around Lorwyn, though, so I'd say a good time in between before I saw some success," recalled Boettcher, who was even more driven to succeed with that taste of success. 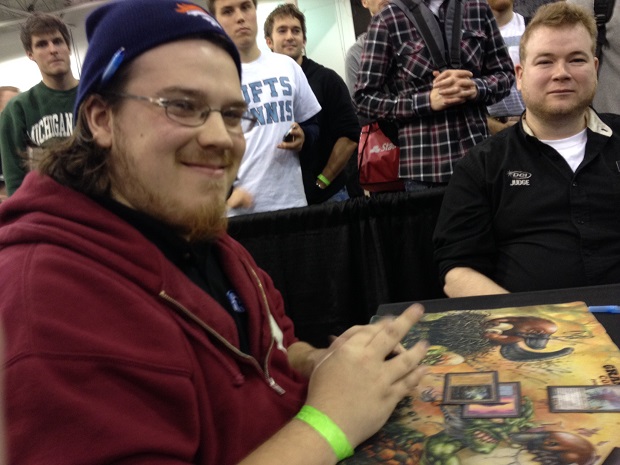 The StarCityGames Open series also kept Boettcher moving forward as a player, as he had success in both Standard and Legacy Opens: "It allowed me to play at a competitive level fairly frequently, along with allowing me to talk to players who were better than me, and allowed me to improve."

Despite that Legacy experience, Boettcher was not confident heading into Grand Prix Washington DC earlier this season, mostly due to the vastness of the format and the ever-increasing stakes of trying to fulfill the dream his four-year-old self had of qualifying for the Pro Tour.

"I was actually dreading it, because originally I had no clue what I had wanted to play. It wasn't till I finally was told to just play Sneak and Show that I felt relaxed about the event," said Boettcher, who would ultimately qualify for the PT at that event... but not without having to get past a menacing end boss to lock up his Top 8 berth. "I was 12–1–1 and had to win to make the Top 8 and qualify for the PT. I got paired up against Andrew Cuneo, who could have scooped to me but had said he wanted to play for seeding, which I don't blame him for. We played an intense three games. I was shaking and clearly nervous, I'm sure, but after it came to a close I was the victor. I was overwhelmed with happiness, but knew I had to focus and finish out the Grand Prix." 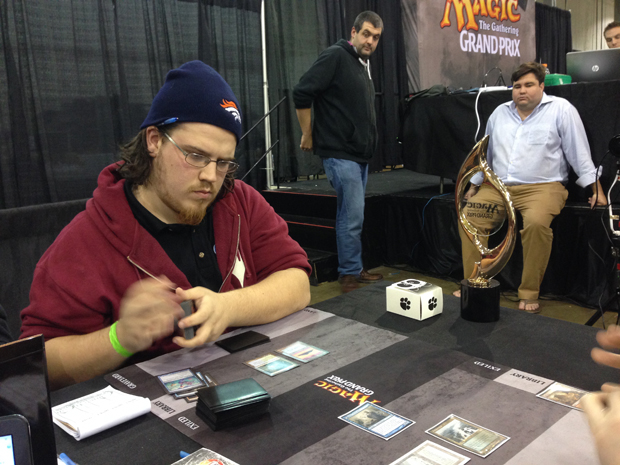 Boettcher at the finals of Grand Prix Washington DC 2013

Boettcher prepared for the tournament with a group of friends as Team Flipside, with the primary focus of finding a Modern deck that would be able to prey on what they thought the more established Pros would be trying to do. At the suggestion of Michael Bonde, and with some fine-tuning by Bryan Gottlieb, he arrived upon the Ad Nauseam deck that carried him all the way to a 9th-place finish. The offbeat deck choice led to many players not knowing what was going to happen until it was too late.

"I went into the Pro Tour just knowing I needed to play my best, and if I did I thought I'd put up at least a decent showing. I think I beat my own expectations by a lot and am glad, but am going to still push myself further," he said of his first experience at the highest strata of the game's competitive scene. "It was a whole different level, but one that I'm glad I can say I'm a part of now. It was a lot slower paced than I expected overall, at least the matches themselves. Helped me learn that I needed to slow down my play a little more."

Coming out of the Pro Tour with another invite in his back pocket, courtesy of a Top 25 finish, and sitting in 3rd for the Rookie of the Year, Boettcher knew there would be more Grand Prix in his immediate future. Since the Pro Tour, he has already hit up events in Richmond, Montreal, and Cincinnati in three different formats. While Richmond did not pan out well for him, he did win a Standard Sunday Super Series qualifier at that event and ended up using that experience to propel him through the Standard rounds into his Top 8 finish last weekend.

"I changed to the deck I played on the car ride to Cincinnati, while I discussed and fixed/created the deck with my friend Noah Walker. I chose the deck because I thought it had the best overall win percentages in the meta and that if I played well there wasn't a guaranteed losing matchup," he said of the changes he made from one Standard event to the other in his Orzhov deck.

While winning a seat at the World Championship would be an amazing epilogue to this season for Boettcher, the uniqueness of the title was attractive to him.

"Rookie of the Year would be a great accomplishment. You can only get it once, and if I could pull that out it'd make me feel great and give me something to say I've accomplished, where many others haven't. Either way, I'm gonna just keep playing my best and at the end of it all, if I get Rookie of the Year it's just the reward for playing my best," he said, although Raymond Perez, Yann Guthman, Neal Oliver, and a host of others will have ample time to say something about whose mantel that trophy will ultimately rest upon. Boettcher knows he cannot afford to let his guard down if he is going to fend off the rest of the rookie class.

"I will be attending as many GPs as I can without burning out, along with many SCG Opens and Invitationals," said the player who is qualified for the remainder of the season. "I will be playing my best Magic, and testing with friends and hopefully teams for the next two PTs. Maybe I can even manage a Pro Tour Top 8 this time!" 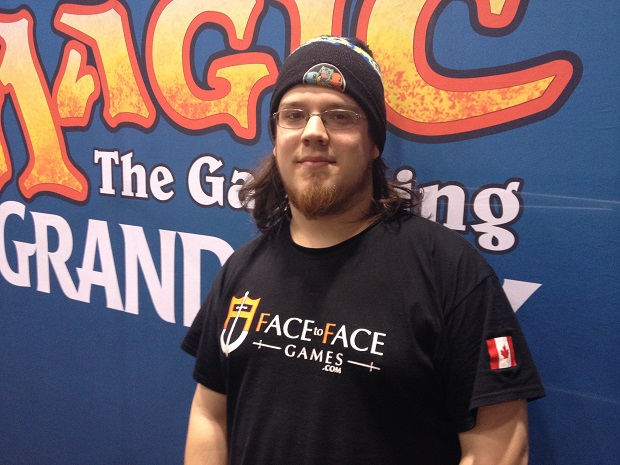 Jared Boettcher will not know if he has earned a seat at the World Championship until the end of the season—or if he wins one of the next two Pro Tours—but you can tune in all weekend to see who will be the next person to lock up a berth, as I commentate on the Magic Online Championship alongside Luis Scott-Vargas, Randy Buehler, and Marshall Sutcliffe. There will also be text coverage by Nate Price and Mike Rosenberg, as Magic Online's best slug it out for $116,000 in prizes and a seat at the World Championship.