have been thinking about how to best exploit this week's preview card and I have come up with a three-step plan. Once the card is revealed, I don't think anyone will be surprised that it has been at the forefront of my thoughts this week.

I love playing Simic decks with some counter magic and this is exactly the type of card that type of deck desperately needs. It lets you play against a control deck with board sweepers by recovering a turn after a Supreme Verdict by playing this card and then untapping with mana up for a Syncopate, Spell Rupture, Negate, or Gainsay for your opponent's Detention Sphere. You can then play your Kalonian Hydra at the end of your opponent's turn, untap, and play REDACTED, REDACTED, and attack with everyone to attack for a staggering REDACTED.

If you have any kind of creature with a spell-like "enter the battlefield" trigger, that card becomes that much better when it is played at a spell's optimal instant speed, whether playing something as innocuous as an Omenspeaker or as legendary as a god. While the cycle of Gods may require your devotion to be creatures in play, they do count as creatures while they are in your hand. Playing a Thassa, God of the Sea at the end of my opponent's turn is something I hope to do in the near future. Or, better yet, a Master of Waves with the attendant army of Elementals ready to untap and deluge your opponent.

Getting all your creatures to untap each turn is nice if you have some way to profitably tap them each turn. See Mori's Glare of Subdual for a good example of this. Is there a way to pair this Human prophet with Titan of Eternal Fire? I guess that will depend on the mana available to us when the full story of this block has been written.

In my Momir Vig Commander deck I have a subset of cards that I use when I go into what I like to call "jerk mode." I will set up a board with Seedborn Muse, Vedalken Orrery, Equilibrium, and a Gilded Drake. With enough mana—something my deck generally has—I can play the Drake multiple times at the end of each player's turn by bouncing it and another creature with Equilibrium. Ultimately, I can steal most of the creatures on the board, but it is a trick scenario to set up that requires four cards... err... requireed four cards. Now it is down to three. Yes, I am going to be looking to trade for a foil copy of Prophet of Kruphix at the Prerelease. I have a sleeve ready and waiting.

Magic Player of the Month: August

We are introducing a new monthly feature in The Week That Was that will shine a spotlight on the outstanding Magic performances of the month. The way it will work is that I will populate the discussion with a handful of players and encourage the online Magic community to discuss which of the players will be awarded the title of Player of the Month and featured in the next week's column. I will decide which player gets the nod and there will be no money, Pro Points, or anything else associated with the accolade.

The hashtag for this discussion will be #MTGPoM. Let's get right into it with the candidates for August's Player of the Month. 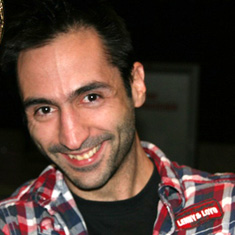 Pro Tour Hall of Famer Raphael Levy was the National Champion for the French team that got to hoist the trophy at the World Magic Cup the very first weekend of August. Levy led the team to the first-ever trophy for his country in team competition. In the buildup to the event, Levy talked about leading France—once one of the most dominant Magic countries in the world—back to the front of the pack with exciting young players like the ones on his team. Levy won his Unified Standard match in the WMC finals playing a mono-green deck that was not on anyone's radar coming into the event. 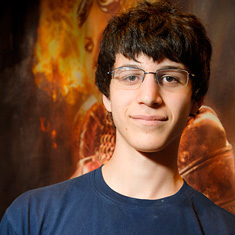 Israel's Shahar Shenhar is making Magic look easy. The nineteen-year old player was competing in both the World Magic Cup, as the Israeli National Champion, and the World Championship. In the sixteen-player event his RWU Flash deck was a heavy underdog in the finals against sentimental favorite Reid Duke playing Hexproof. The three-time Grand Prix winner knew he was in bad shape and quickly found himself in an 0–2 hole. He stuck with his plan and was able to scratch and claw his way back over the next three games to become the World Champion before his twentieth birthday. Other notable August finishes for Shenhar include 16th in the WMC and a Top 32 finish at Grand Prix Warsaw. 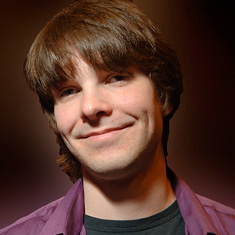 Reid Duke may not have won the World Championship but his comeback from last year's Player's Championship debacle was an inspiration for anyone who has ever had a bad run at an event and felt like he or she would never win again. After going 2–10 at the Player's Championship—two full losses behind the next-worst finisher—he spent the ensuing season working toward redemption on the World Championship stage. He fell one match short of the title, but combine that with leading the Community team to victory and he is very much in the mix for Player of the Month. Not only did he also compete in two GPs during the month but he also found time for five booster drafts at his local store. He won three of them. (What are those bragging rights like for the players who beat him in the other two?) 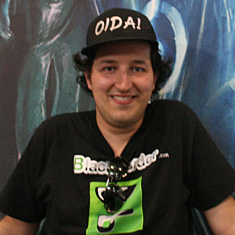 Wenzel Krautmann is a thirty-one-year old player from Tubingen, Germany, who took down a 984-person field at Grand Prix Warsaw. His gauntlet of players culminated with the defeat of reigning Rookie of the Year Felipe Tapia Becerra in the finals to earn Krautmann his first GP trophy in three trips to the Top 8. It was the only notable finish of the month for him but the deck he dubbed "Red-Green Dragon" was the perfect weapon on that second weekend in August. 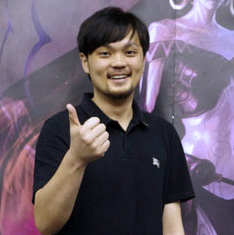 Raymond Tan is a twenty-nine-year old engineer from Malaysia who was last seen in the Top 8 of Grand Prix Bangkok. He took on a field of 1,185 players in the Modern format at Grand Prix Kitakyūshū with his Hexproof deck. He took just one loss on the weekend and cruised through a Top 8 bracket that included World Magic Cup Champion Tzu-Ching Kuo. Up one game in the finals, Tan found himself mulliganing into oblivion and keeping a four-card hand that could not even muster a Gladecover Scout until turn two. Two turns later, he was able to suit that Scout up with Unflinching Courage and won not only the match but the entire tournament. 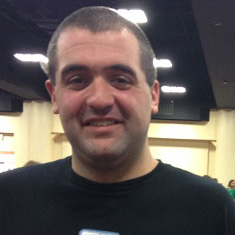 William Jensen ended July by finding out that he was elected into the 2013 class of the Pro Tour Hall of Fame and he has spent the month of August celebrating. He continued his domination of independent tournaments when he won an SCG Standard Open event on the weekend of August 11. He then went to Grand Prix Oakland and was out in front of the pack all weekend long, including a 9–0 finish to Day One. It was the ninth Top 8 for Jensen at that level and his third win, which sent graphics teams scrambling to retouch his art for the Hall of Fame induction ceremony in August. Jensen has been winning at every level, including a thirty-person tournament in his local store in Las Vegas. 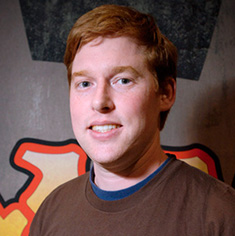 California SAT tutor Neal Oliver finished second to Jensen at Grand Prix Oakland and went into the lead of the Rookie of the Year race when you combine the points from that event with his win at Grand Prix Vegas. Oliver has played in three Grand Prix over the past year and has made Day Two of all of them, made the finals of two, and won one. As a result of his last two Grand Prix, he finds himself qualified for Pro Tours Theros and Born of the Gods, and with the Silver level of the Player's Club locked up he can also qualify for a third Pro Tour this season. Neal, who mostly plays at his local Magic store, also won a small tournament at his store to warm up for Oakland.

There you have your Player of the Month candidates for August, with a winner to be announced next week. Use the #MTGPoM hashtag to discuss these players and who I should pick for the accolade. I can be found on Twitter as @Top8Games, but just use the hashtag and we will see who you are talking about. Was there someone I missed? Is there a columnist or deck builder who should be in the mix? We are listening!