t was the perfect confluence of events. Steve Sadin and I have been talking with Nate Holt and Shawn Kornhauser (of Walking the Planes fame) about seeing a basketball game together, ever since we bonded over our mutual love of the sport shortly after the pair became a regular part of the coverage team. There is a steady stream of posts across all of our Facebook and Twitter accounts of basketball stories and videos, and it came up that the Knicks (obviously a fave of the NY end of this story) were playing the 76ers in Philly (the hometown of the Walking the Planes end). A quick consultation of the calendar revealed it was an evening game on the same weekend as the Gatecrash Prerelease. 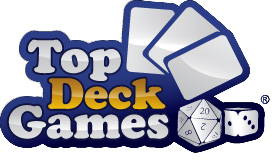 I have always wanted to visit Nick Coss's Top Deck Games. He was a fixture on the Gray Matter tournament scene as a dealer, judge, and staffer, and I had heard nothing but awesome things about his events in his New Jersey store, which is just a few minutes over the bridge from Philadelphia proper. Nate and Shawn looped in their friend Julian Goresko—who had played a long time ago and had recently come back to the game—while Sadin and I looped in former sideline reporter and Philly denizen Jon Becker.

Sadin and I left NYC pretty early on Saturday on NJ transit. Perhaps we had not consumed enough of our molten-hot commuter coffee yet, but we managed to get on the wrong train—missed it by just one track! We needed to be on a train to Trenton, where we would connect to Philly, but the one we were on was hurtling toward not-Trenton. The gentleman who walks the train punching tickets pointed out the error of our ways but explained we were one minute ahead of the correct train and we could change trains in Secaucus.

I don't know if you have ever been in the Secaucus train station, but it could easily be a sound stage for The Walking Dead—stripped of any amenities and without another person in sight. Sadin and I joked nervously about getting stranded there with a bland PA announcement: "The Trenton train will not be making a stop at this station as there is a murderer on the loose." We did manage to make the next train without interference from ax-wielding maniacs or flesh-eating undead and made our remaining connections without incident. 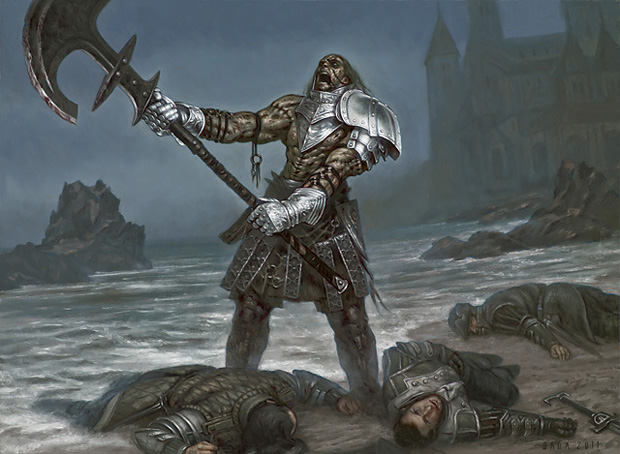 Nate Holt was waiting for us at the 30th Street Station in Philadelphia, and we drove into southern New Jersey (a part of the state that has waaaaay too many Eagles fans and should clearly be called Northern Philadelphia) to Top Deck Games. It was great to see Nick again and I was impressed with his shop, with its clean, well-lit space for the store and two ample play rooms in the back. They had just played host to more than 128 players the night before for the midnight Prerelease and I was definitely sorry we had missed it. Players could pay $8 more for the midnight event to opt in on all-you-can-eat BBQ catered from a local eatery.

We had to feed ourselves with food from a local convenience store augmented by an ample supply of Girl Scout Cookies being hawked in the parking lot (the cookies formerly known as Somoas and Peanut Butter wafer if you were wondering).

There were a handful of players who had come back for the second go at Gatecrash, but for the most part the event was full of players seeing the cards for the first time, including the six of us. Shawn and Julian were both Boros, Steve was Gruul, Nate was Orzhov, and I was (obviously) Simic. We bullied Becker into being Dimir so we could see all the guilds in action within our group. I could not wait to dig into my cards and was pretty stoked to see Prime Speaker Zegana in my guild pack but was pretty disappointed by the lack of Cloudfin Raptors—a card I am excited about in both Limited and Constructed.

Here is the deck I built, along with the remainder of my pool:


In hindsight, I should have ignored my guild and built a Boros deck—at the very least, I should have sided into that build for Game 2 in my matchups against Orzhov and Boros. In both those matches, I was swarmed by little guys that my removal could not keep up with efficiently. Boros would have given me Smite, Mugging, and Angelic Edict to go along with my three Pit Fights. What more, the combination of Boros Reckoner and Pit Fight would have been backbreaking. Since the opposing creature you target with Pit Fight deals damage to your target creature, it would allow me to crush two creatures with the ability on the Reckoner. Definitely a missed opportunity, but it was too hard for me to bench my guild.

In Round 1, I lost to Orzhov bleeding me to death after clearing the board with Merciless Eviction and then quickly rebuilding and extorting me out with Midnight Recovery on an elusive creature. Even with Merciless Eviction exiling his board of creatures, my opponent had cleverly traded creatures early on and had plenty to get back with his off-guild cipher spell.

I was able to make short work of a Dimir deck in the next round with my Wasteland ViperPit Fighting his way to a double knockout of a towering Consuming Aberration. Drawing all three Pit Fights off of a Prime Speaker Zegana didn't hurt that game, either. Rubblebelt Raiders was a huge MVP for me as well. The

was a little tough but always worth it, and I look forward to trying out the card in an on-guild deck.

Boros just flat out spanked me in Round 3. During both of our games I found myself chanting "pleasedontbeSkyknightLegionnairepleasedontbeSkyknightLegionnaire" to no avail, and I don't think either game went past turn six. I was impressed and a little shaken by how fast Boros can come out of the gates. In the last game, he curved out on every turn, up to a Spark Trooper, and I was on life support by turn four. His was clearly the best deck I saw in the tournament, with the exception of maybe Sadin's Gruul deck.

In the last round, it was a showdown for Simic—each of us with two losses and muttering about how to last long enough to stabilize against Boros and how to close the game fast enough against Orzhov. My three copies of Pit Fight were the difference in this matchup, as he didn't have any removal. We did have a funny sequence of plays in one game where I drew six cards off my Prime Speaker Zegana—thank you Rubblebelt Raiders—only to have my opponent play a spell that killed said Prime Speaker and draw seven cards. His spell? The legendary Prime Speaker Zegana. Fortunately, I was able to regrow my Zegana with Wildwood Rebirth and draw seven cards of my own.

In the end, we all posted pretty middling results with our decks... except for Steve, who pulled off a clean 4–0 with Gruul. It was a perfect deck for him, with tons of creatures, plenty of tricks (many of which were also creatures), and even more creatures. Steve had a Biomass Mutation that he ultimately put into his sideboard because "it only made all my creatures smaller."

One of the great things about Nick's shop is that he is located in a nice town with plenty of restaurants in close proximity, and after our rounds we grabbed a late lunch/early dinner before heading to the game. We got a real sense of the local community as other players from the store joined our ever-growing band for some delicious food and post-game analysis. 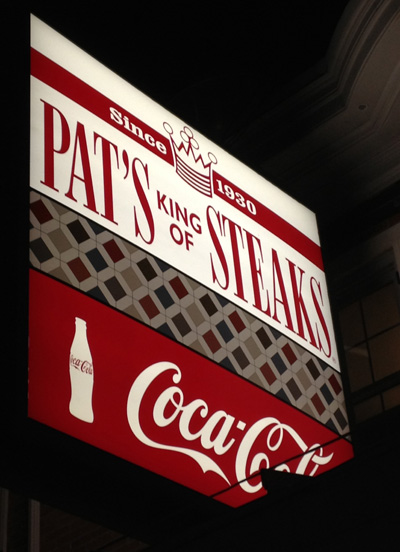 The six of us divided up into cars and drove into Philadelphia for the basketball game, and we got to watch the Knicks get trounced by the normally woeful Sixers—at least Shawn, Julian, and Becker were happy. We left the game a little early and decided for one last fooding before the train ride home and made a quick stop at the landmark Pat's King of Steaks for a cheesesteak. Because you have to. As Steve and I waited for our train with a gaggle of other New Yorkers who had come in for the game, we were shocked to see Knicks legend and broadcaster Walt "Clyde" Frazier waiting for the train back as well. He was smiling, shaking hands with fans, and being an all-around credit to sports celebrity.

Despite a mediocre finish and a terrible Knicks game, I was in tremendously good spirits going home. How could I not be? I spent the day playing Magic with great friends, both old and new. That is why more than nineteen years after cracking my first Magic packs I still get up at dawn on a cold Saturday to play the game.