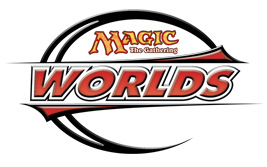 very year, The Magic: the Gathering World Championships provide closure to the season, a final chapter to all the storylines that have woven their way throughout the schedule, and etch names on all the trophies that the players contend for all year long.

Except for this year.

In the wake of last weekend's Championships in Chiba, Japan there is still one award to be given away, and one giant storyline that still awaits a final chapter.

The first World Championships I attended was the 1997 event in Seattle and the Player of the Year title had not taken on the significance it now holds. The award was only two years old and—to be perfectly honest—we had no idea that we would still be doing this all these years later. Paul McCabe would win the award that season. Over the first nine seasons of the award he is the only winner of the title to not be inducted into the Hall of Fame.

Jon Finkel won the award the following season before Kai Budde took the first of four life-time Player of the Year titles, with Bob Maher Jr. taking one between the first and second awards for the German. Kai ran away with most of his titles, as you will when you win Pro Tour after Pro Tour. I did not attend many events from that World Championships in Seattle through the 2002-03 season except for two Pro Tours in my hometown that I played in since I had a store to run.

With my store sold by the time 2002 rolled around I was able to join the coverage team and have missed only one Pro Tour since PT–Boston 2002. At Worlds that season Kai won the last of his Player of the Year titles but the race was only as close as the Swiss rounds with Budde finishing strong and surging ahead of the criminally underrated Mattias Jorstedt for the crown. While the dozen point lead that Kai held coming into the event was smaller than the lead Brad Nelson carried into this weekend's event it felt much more unassailable, such was Kai's dominance at the time.

It was not until the following season that the notion of a Player of the Year tie to end the season burrowed its way into my brain and laid eggs. Coming into that tournament both Gabriel Nassif and Rickard Osterberg were tied 9 points back of two-time Pro Tour winner Nicolai Herzog. Between Herzog and Nassif both being on their National teams there were multiple permutations that could have the two players tie for the title while Osterberg had only the main event to work with. In the end there was no tie and Nassif took the title despite Nicolai having won two Pro Tours that season. It was also the first and—for the time being—only time that a French player has won the title.

The following season saw another three-player race heading into the final event of the year. At Worlds in Yokohama the title could have gone to Kenji Tsumura, Olivier Ruel, or Masashi Oiso, with only nine points separating first and third place. All three players were coming off of Top 8 finishes at Grand Prix–Beijing and former Rookie of the Year Masashi Oiso was regretting his decision to skip Pro Tour–Philadelphia and potentially the chance to become the first Japanese player to win the Player of the Year crown.

Olivier seemed to physically crumble under the strain of becoming the Road Warrior throughout the season, but remained in the race until the final round of the Swiss competition. Masashi Oiso won the team competition to pick up 6 bonus points but Kenji finished strong and squeaked by Olivier by just 1 point and Oiso by only 4. It was the closest and most exciting race anyone could recall and it was one of the first times it seemed like a Player of the Year playoff was a real possibility but alas it was not to be.

For the next several years the trophy remained in Japan and while each race was exciting none were as exciting as that 2004 or 2005 season. Until this year, that is. Coming into the event there were a handful of players within shouting distance of Brad Nelson's 15-point lead in the Player of the Year race. Paulo Vitor Damo da Rosa, Martin Juza, Shuhei Nakamura, Luis Scott-Vargas, and Yuuya Watanabe could all overtake the lead with a main event finish while Josh Utter-Leyton, Guillaume Matignon, and Tzu Ching Kuo could all get there with a main event and teams event finish.

I asked Guillaume about his chances of winning the Player of the Year title at the start of the event and he explained that he needed three things to happen. He had to do well in teams, win the main event, and also needed to win the "Brad Nelson falls in a hole championship".

At the end of Day One when Guillaume was not feeling well and was sitting at 3-3 we all but wrote off his chances of contending for the title. Our attentions turned to Paulo, who was sitting pretty at 5-1 and who cruised through the rest of the weekend straight into the Top 8.

(By the way, you can hear more of Guillaume's thoughts from immediately after his finals win over Guillaume Wafo-Tapa by listening to Rich Hagon's podcast, conveniently linked in the player to the right.)

Meanwhile, Brad Nelson was struggling to get above .500 alternating wins and losses almost every round. "Reality sucks," he said at one point during the weekend. Seemingly able to win at will throughout the 2010 season Brad could feel his once secure lead in the race eroding from beneath his feet—under the torrent of wins coming from Paulo and a suddenly surging Matignon who simply did not lose another match after his middling Day One performance. 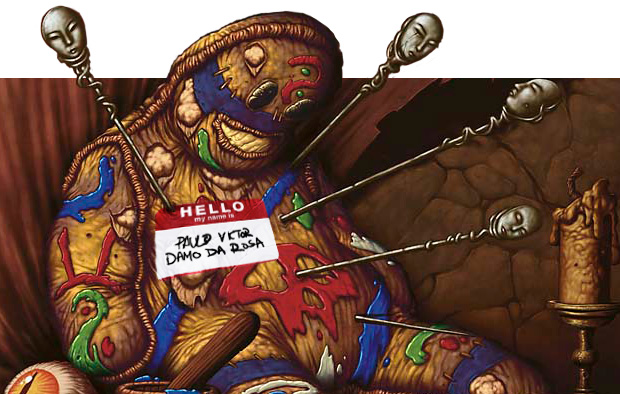 Brad had joked about making a Paulo Vitor Damo da Rosa voodoo doll should the Brazilian make Top 8, but when the elimination bracket was announced he needed enough material to make two. Paulo could win the Player of the Year title simply by making the Finals of the event. Matignon could tie for the lead with a win. With the two players on a trajectory to collide in the semifinals the race could be determined with one match to go or remain unresolved even after the finals were over. In the end Matignon would defeat his good friend Wafo-Tapa in the finals after dispatching Damo da Rosa in the semis to force a historic playoff for the Player of the Year title at the next Pro Tour. 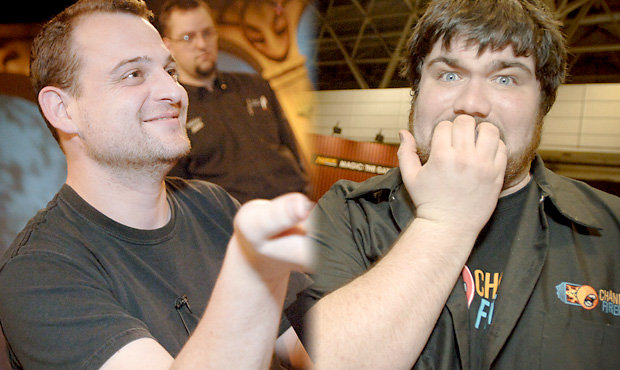 You can certainly argue that Paulo deserved to win the title with an amazing year that included two Pro Tour Top 8s and his long-awaited PT victory. It is hard to argue with culminating the year with Brad hoisting the trophy since he has been so dominant this season while playing in only ten events at the Grand Prix and Pro Tour level. Guillaume Matignon has quietly thrust himself into the mix with two Pro Tour Top 8s of his own—a second-place finish to Paulo in San Juan and the win over Wafo-Tapa. Any of them winning the title would have made for a thrilling end to a thrilling season, but not nearly as thrilling as one last match to decide the Player of the Year race.

We know there will be a playoff in Paris; as soon as the details of that playoff are finalized I will post them in this column. How do two players prepare for a head-up match of Constructed with all eyes upon them? I cannot wait to find out! It is going to be a heavyweight bout that could be dubbed—as illustrator @inkwell_looter artfully put it on Twitter—Unfinished Business. 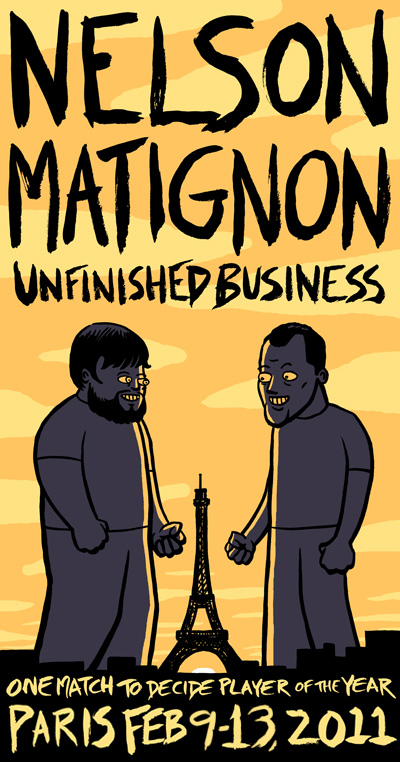