A View of the Cup from the Hall

t really doesn't happen very often. The times when a new top-tier title is added to the Magic trophy case are sometimes decades apart. Zak Dolan was the first person to win the World Championships all the way back during the game's infancy in 1994. Just a couple of winters later, the first Pro Tour title went to Michael Loconto in New York. The first Grand Prix trophy rests somewhere in France on Emmanuel Vernay's mantle. The impossibly elfin Olle Rade became the first Player of the Year, with Randy Beuhler taking the first Rookie of the Year title a few years later. Darwin Kastle's likeness is forever commemorated on Avalanche Riders for his win at the inaugural Invitational—Darwin was also one-third of the first team to win a three-person-team Pro Tour alongside fellow Hall of Famers Dave Humpherys and Rob Dougherty. William "Huey" Jensen won the first Masters Series at the start of the last decade—or the end of the previous depending on your accountant—but that has been the extent of new events that get tallied when looking at Hall of Fame resumes for well more than ten years.

That changes in a big way this August, as the Players Championship and World Magic Cup will be giving away shiny new trophies just weeks apart. We will be taking a closer look at the former in the next couple of weeks, but the World Magic Cup is barreling down on us. I caught up with a pair of players who know a thing or two about Hall of Fame resumes and who are going to be leading their countries' teams into battle August 17-19 in Indianapolis. 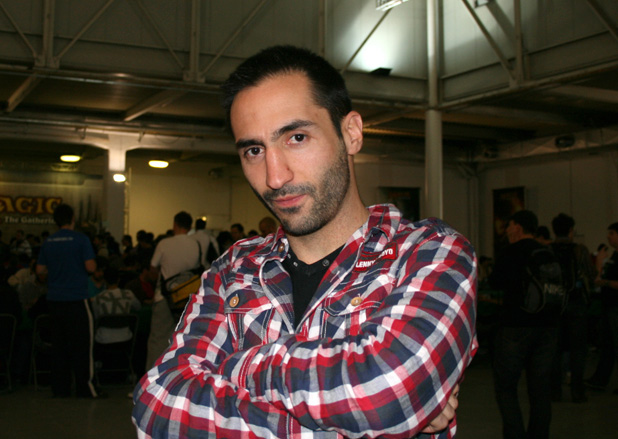 Raphael Levy, who will be captaining the French team, has been a member of the Pro Tour Hall of Fame since the second class in 2006. At the time he was inducted, he was the first active player to be so honored. Instead of slowing down and taking it easy as a ring-wearing member of the Hall, he appeared to redouble his efforts and has been a fierce competitor playing deep into seemingly every event he attends. This past season, it was as if he willed his way to the Pro Point lead for France with the captaincy of the National team very much on his mind.

"I attended Worlds as a National team member back in '97—my first Worlds also," recalled Levy. "We beat the US team, which featured Justin Gary and Bob Maher, in the last round to finish 7th. I have yet to play as the team leader."

The other player I spoke with is the first South American player to be get fitted for a ring—Hall of Famer-elect (although to be fair he has been a Hall of Famer-elect-elect for several years now) Paulo Vitor Damo da Rosa. Freshly elected to lead the 2012 class of the Pro Tour Hall of Fame on stage for induction at Pro Tour Return to Ravnica, Damo da Rosa has long thrived at international competition, with a fistful of his NINE Pro Tour Top 8s taking place at World Championships. Success at the World Team Championship has been more elusive—although this is not the first time he will be leading a Brazilian team. 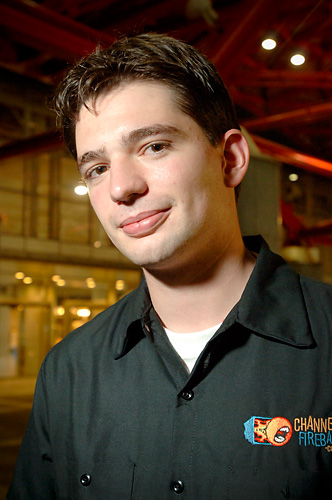 Both players acknowledged a different tenor to their preparations for the event based on both having teammates as well as the expectations of their respective countries on their shoulders. When Raph began putting together a playtesting forum for the French, Belgian, and Dutch teams to collaborate, his intention was to keep the list closed to anyone who was not qualified for the event...

"...but a lot of French players asked to join the conversation to help us and see us perform as well as possible," said Levy. "So it gives us a kind of responsibility to represent the country."

For Damo da Rosa, whose first Top 8 appearance came in a three-person team event at Pro Tour Charleston, having teammates keeps you stay involved even when your own performance might not be its best. And keep in mind that one player from each advancing team will be cut at the end of Day One and will pick up the coaching clipboard and/or cheerleading pom-poms at the WMC.

"You can still do well even if you personally do badly," acknowledged the nine-time Top 8 competitor. "In Rome, for example, I was not doing well, and if I wasn't on the team I wouldn't have cared about the tournament much after a certain point, but each of my wins ended up mattering a lot because of the team portion." 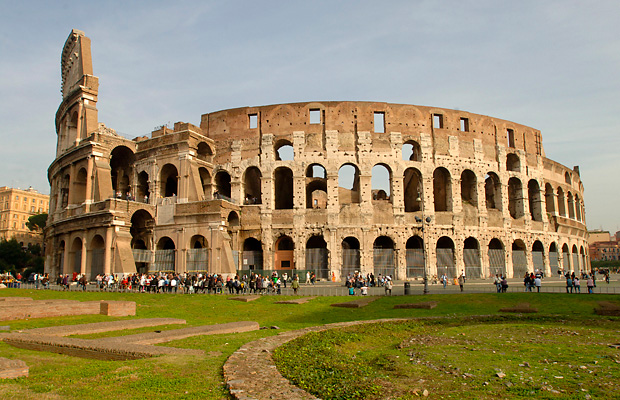 There was some apprehension about whether or not Damo da Rosa would be able to field a full team for the event, but it appears those worries are now behind him and he can finally just worry about preparation for it. While he will speak with his ChannelFireball teammates Brian Kibler and Luis Scott-Vargas, he will not be working with them like he normally would for an event of this magnitude. They have their own country's interests to look out for as members of Team USA. It is the same with Martin Juza and Yuuya Watanabe, who will be leading their respective squads from the Czech Republic and Japan.

"Honestly, at this point I'm pretty happy we could get four people who actually have US Visas," said a relieved Damo da Rosa. "The team seems to be somewhat balanced—one of the guys has traveled to play in tournaments in the US before, but not a whole lot. They don't have a ton of international experience but they all play a lot of Magic. They didn't just randomly win the qualifier. I think we're not the favorites by any stretch, as there are many teams that are very good, but I think we can certainly win and I'll be disappointed if we don't at least do well."

Raphael Levy is the last bastion of the old guard in France and has had to look outside of its borders for playtesting under normal Pro Tour conditions, and this event is no exception. For Pro Tour Avacyn Restored in Barcelona, for example, he worked with Belgian players Marijn Lybaert and Vincent Lemoine, who are both on the impressive Belgian team. 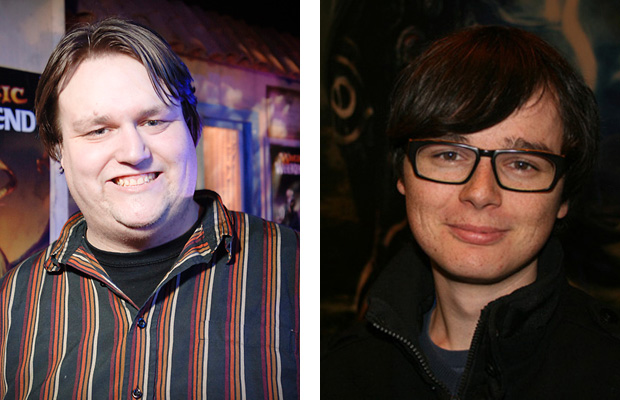 "I'm quite happy with the squad we ended up with," said Levy of his relatively unknown teammates. "Stéphane Soubrier is a solid player from Paris who played at PT level a couple of times, Damien Mace played Worlds in San Francisco last year, and I've been testing with Yohann Dudognon a few times before GPs. While we might not be able to prepare as much as we want due to conflicting schedules, I'm sure we have solid chance."

"I have a lot of experience when it comes to organizing trips, so I took care of the flights and hotels so they can focus more on their game. I took care of the forum so we could work together even though we live far away from each other," said Levy, who plans on being much more democratic in terms of decks. "When the time comes to choose decks, my voice will be worth as much as anyone else's. I guess if someone has to make a decision for the team in case there's an argument, I'll probably be the one who'll decide. I'm sure everything will be fine, though."

When it comes to the leadership of the Brazilian team, Damo da Rosa was planning on taking a firmer hand in terms of how the players armed themselves but mirrored Levy's role as travel coordinator. 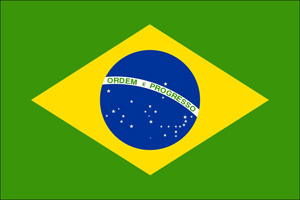 "I think I'll try to 'lead' the most in deck selection," said Damo da Rosa. "I'm not going to let anyone play anything horrible, and that's half the tournament already. I also have a lot more experience with high-level tournaments and traveling, so I can try to help with stuff that ranges from booking our hotel to handling a pressure situation in an important match. Plus, I'll just try to be there for them for whatever they need."

The always-pragmatic Brazilian player was not too interested in being the first winner of the World Magic Cup, but don't mistake that for nonchalance when it comes to winning the event itself.

"To me, this is much like the old teams title; it'd mean A LOT, but not because it's a 'new' tournament; just because it's teams and I want to represent my country as best as I can," said the incoming member of the Hall of Fame, who could come in with as many as two exclamation points between the WMC and the Players Championship.

For Levy, who has grown more passionate about his legacy in the game, the history books beckoned. 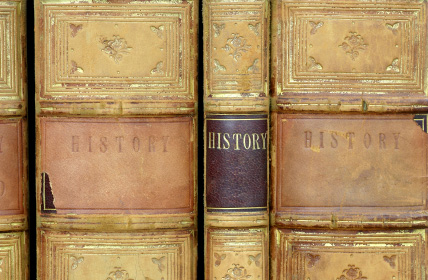 "Appearing in the books is the best!" he said. "You're the answer to the trivia question, 'Who's the first to....' It would mean a lot to us. Especially when we're facing really strong teams."

We are less than two weeks away from cracking the first Magic 2013 pack—would that be the opening packoff?—at the World Magic Cup and seeing whether either of these Hall of Famers—or fellow ring bearers Jelger Wiegersma of the Netherlands and Brian Kibler of the USA—can lead their team into the history books. You will be able to follow all the action live on DailyMTG.com with the same wall-to-wall coverage that we brought you in Barcelona. In the meanwhile, why don't you go fire up Magic Online and queue up for an M13 draft and see what you would do if you were sitting down for a chance to go into the history books—or at least to become an answer at a future Who Wants to Be a Thousand-Rare?