The Week That Wasn’t

Editor's note: The globe-trotting lifestyle of a Magic coverage writer has finally caught up with Brian David-Marshall...something about a long flight from New Jersey to Osaka and an unfriendly power outlet forming an unholy conspiracy to keep you, our gentle readers, from seeing his latest reports from the world of competitve Magic. If you still need your fix of BDM for the week, we suggest you check out his coverage of Japan Nationals. Brian's column will return next week when he unveils the fifth and final member of the Magic Pro Tour Hall of Fame. In the meantime, here's a pre-preview from Ravnica: City of Guilds that we thought you might enjoy. 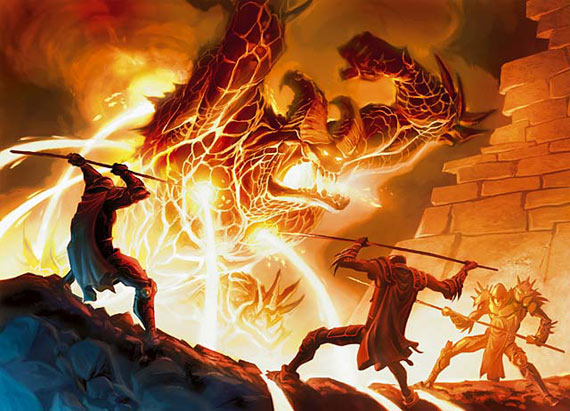 Bah! I defy you and your foreign power outlets! BDM smash!!!