Who to Watch For

s I sit here writing this week's column—looking out of my hotel window at the Hawaiian panorama before me—we are little more than 24 hours away from the first round of our brand-new expanded video coverage for Pro Tour Dark Ascension. I have not been more nervous and excited before a Pro Tour since getting ready to play in my first PT way back at the second Los Angeles in 1997, or my first actual event as a member of the coverage team at Pro Tour Yokohama in 2003.

In case you haven't already seen Rich Hagon's article about the coverage, we are going to be bringing you live, round-by-round coverage of the Pro Tour starting with Round 1 and continuing right on through to the trophy being handed off to the eventual champion (and maybe even a little bit beyond that). Along the way, we will still be bringing you deck techs, draft viewers, live interviews with the game's best and brightest players, insider secrets with members of Wizards R&D, and much, much more.

Until this event, the video coverage has consisted of a handful of video pieces each day and then the long-running Top 8 webcast. Now that we will be covering so many more matches—and even showing multiple matches during the same round—there will be some players you are not familiar with sitting down under the spotlight on Friday and Saturday before stepping onto the Sunday stage. Many of those players will not be members of Channel Fireball, although, if the last few Pro Tours are any measure, the late rounds of the event will likely see the Feature Match area peppered with the likes of Luis Scott-Vargas, Conley Woods, Brian Kibler, Brad Nelson, David Ochoa, Paulo Vitor Damo da Rosa, Josh Utter-Leyton, Eric Froelich, Owen Turtenwald, Shuhei Nakamura, Martin Juza, Lukas Blohon, Ben Stark, and Matt Nass. Who are the people we might see sitting across the table from them? 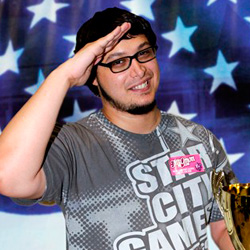 Reigning US National Champion Ali Aintrazi is coming off a strong year on the Pro Tour and is entering Pro Tour Dark Ascension hot off the heels of a Top 8 last weekend in this very Standard format at the most recent Star City Games Standard Open. The heir to Conley Woods's rogue deck designer mantle, Aintrazi piloted a Havengul Lich combo deck to the quarterfinals of last weekend’s main event. In much the same way that Conley had a reserved seat at the Deck Tech station, I am always eager to see what brew the winner of last year's US Nats brings to the Feature Match area. 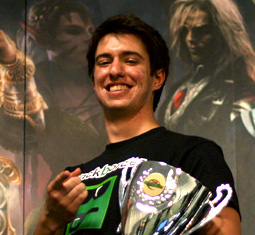 Australia's Jeremy Neeman did not make the Top 8 of a Pro Tour last year but still had an amazing season that saw him make the Top 16 twice, make deep runs into Day Two, and win a Grand Prix. Along the way he crossed the 100 Pro Point threshold at top speed. His career arc reminds me of the same trajectory taken by one Paulo Vitor Damo da Rosa early in his career, when he regularly finished in the Top 32 of Pro Tours before finally nabbing that elusive first Top 8. The difference between Neeman and Da Rosa is that Neeman already has that first Top 8, which coincidentally came at the same event da Rosa got his first win—Pro Tour San Juan. If Neeman is going to get matched up against someone from Channel Fireball, I have to imagine Luis Scott-Vargas would prefer it not be against him. Neeman has taken down Scott-Vargas in critical matches over the past two seasons and refers to himself as Scott-Vargas's "nemesis." 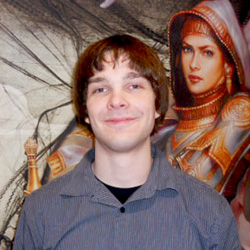 The organization of the Channel Fireball team is the envy of every playtest group in the world and really should be the model for success at the highest levels of the game: assemble the very best players in the world, work very hard, and if you can't break the format tune the best deck until it hums. Accordingly, no player was more courted during this offseason by aspiring teams than MOCS Champion Reid Duke, who many people—myself included—feel is poised to break out this year at the next level. He has excelled at cash tournaments, made the Top 8 of a Legacy and Limited Grand Prix last season, and defeated Florian Pils to take the online crown in San Francisco. Throughout this offseason, in speaking to various players who were looking to prepare for the Pro Tour—and there are a TON of them for this event—they would invariably mention they hoped to work with Reid Duke.

The Rookie of the Year race came right down to the wire with the potential for a three-way tie with just a Swiss round to go in the World Championships. Germany's Fabian Thiele led for most of the year with his Top 32 finish to start the season at Pro Tour Paris and a Top 8 at Pro Tour Nagoya. The United States's Matthias Hunt chased him down with a solid finish at Pro Tour Paris and a steady string of GP Day Twos. They jockeyed back and forth in the standings throughout the last two days of competition in San Francisco before Hunt was able to just nudge him out in the last Swiss round. While those two were busy chasing each other, Norway's National Champion Sveinung Bjørnerud was taxing my Brooklyn accent as he made the finals of the team competition with an impressive young team I am looking forward to watching in 2012. Had Bjørnerud's team won the title he would have forced a tie with Hunt, but he fell one point short. 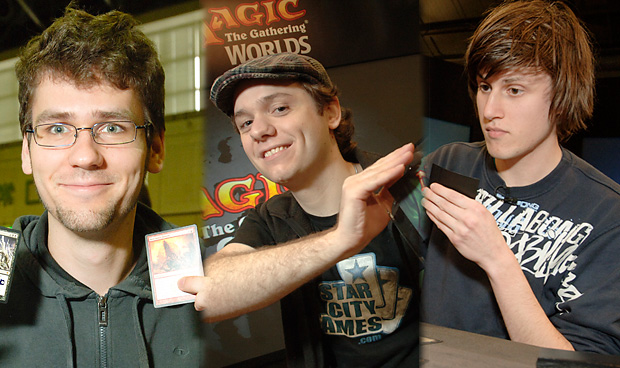 All three of the Rookie of the Year contenders made a strong impression on me throughout 2011 and I am looking forward to watching each of them build upon that success this year. Worlds finalist Richard Bland and his UK National team were working closely with the Norwegians at Worlds and it is my understanding they are continuing that relationship into the new year. Bland ended last year with back-to-back finals finishes—first in Grand Prix San Diego and then Worlds—but has not been to the intervening Grand Prix. Will that layoff cool him down or provide a much-needed recharge of the competitive batteries? 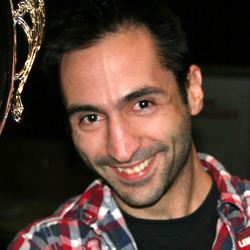 Hall of Famer Raphael Levy found himself fighting uphill throughout Worlds only to fall short of the Top 8 mark—which would have made it possible for him to become only the second player to rack up 500 lifetime Pro Points and surpass the career total of none other than Kai Budde. It was frustrating for the French Hall of Famer since he believed, at the time, that Pro Points were being retired under the since-abandoned Organized Play changes. Once it was announced that Pro Points were still very much a part of competitive Magic, Levy hopped the first flight to Grand Prix Austin and took home the trophy with his passion and competitive fire on full display. He comes into the event just four points shy of Kai Budde's total and, despite his amazing success—Hall of Fame, multiple Top 8s, four Grand Prix wins—is playing like he has something to prove. Levy is always someone who thrives in a new format and I am looking forward to seeing what he brings to the Feature Match table. 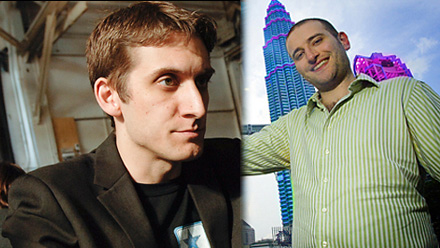 Speaking of Hall of Famers, you can expect to see Jon Finkel sitting under the gaze of the camera—and countless viewers at home—at some point during Day One, as he seems to have reengaged with playing the game at the highest levels and is looking to attend all the Pro Tours this year. He has been playtesting with Patrick Chapin—another person you can be certain will get lots of camera time, and who would certainly like to get another Top 8 under his belt before Hall of Fame ballots get sent out this year. The chance to see Jon Finkel and Patrick Chapin—or Luis Scott-Vargas or Brian Kibler or Paulo—on camera without them having to secure a Top 8 berth is what has me the most excited about this new expanded coverage format. 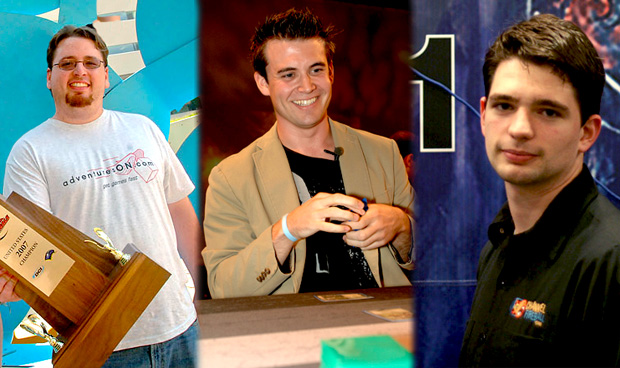 When I went to visit Santiago, Chile, late last year to cover the Grand Prix, the player who the locals were the most excited about seeing get a chance to be covered was hometown hero David Kaliski, the reigning Chilean National Champion. Kaliski has had some success on the Pro Tour and proved his admirers right with a Top 8 finish at that Grand Prix. Another player who made the Top 8 of that Grand Prix, and who I am eager to see in action this weekend, is Melissa DeTora, who made the first Grand Prix Top 8 of her career. DeTora fully embraced the Planeswalker Points message announced prior to Worlds and traveled with James Searles to just about every GP possible down the stretch of 2011. She earned her invite to this PT with both her finish there and her Planeswalker Points total. With Planeswalker Points invites not on the table for Pro Tour Avacyn Restored in Barcelona, she just won a PTQ for that event as well.

That barely scratches the surface of the players who we will see in action, and if there is someone you think we should be following you can poke us at @magicprotour and follow along on CoverItLive all weekend long.