he World Magic Cup team rosters are starting to take form—much like doing a thousand-piece jigsaw puzzle without knowing exactly what the assembled parts will look like. The first pieces of any jigsaw puzzle are always the edges and corners, which in this case would be the National Champions, who were put into place once the standings from Pro Tour Avacyn Restored were final. With the likes of Brian Kibler, Martin Juza, Paulo Vitor Damo da Rosa, Jeremy Neeman, Samuele Estratti, and other Magic luminaries helming their National teams, the event is already shaping up to be one of the most impressive team events in international Magic competition.

One of the lesser-known players who will be helming a team is the Irish National Champion Dara De Buitlear. If you recognize his name, it might be from his vocal criticism of the organized play revamps last year that took Nationals and Worlds off the table with no obvious replacement until the World Magic Cup and its attendant qualifiers were announced. An announcement that "delighted" him—and not just because as the player with the highest Pro Point total in Ireland he finds himself watching his country's World Magic Cup Qualifiers with an extremely vested interest. 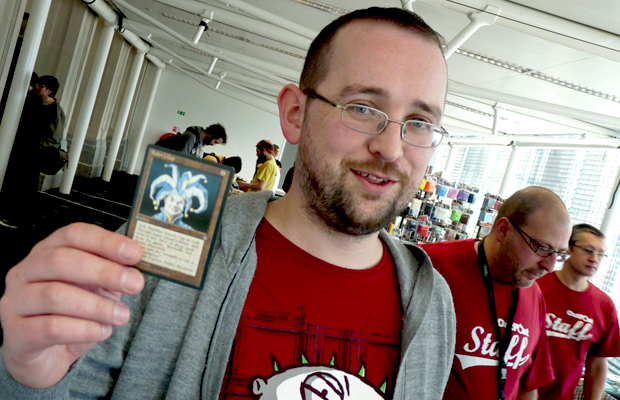 It should be noted that by all blurry accounts the Irish National Championships were a social event like no other Nationals in the World, and De Buitlear is still sad about their passing.

"I think there is a certain nostalgia about it that people will be reluctant to let go," he said of the change from one large event to three WMC Qualifiers that each put a single player at his side in Indianapolis. "Anybody can Top 8 a PTQ—my best run was six Top 8s in a row—but it takes a special something to remain composed and win those crucial knockout rounds. That's the kind of person you want on your team. We have one more slot up for grabs."

Already qualified to join him on the team are Cormac Smith and Gergely Lukacsy. De Buitlear felt the team was shaping up nicely and was hoping for a Pro Tour-experienced member to round out the team, such as Mark McGovern.

"I think we have to be positive about our chances," said the national champ. "We're not the most famous of Magical nations, but names like John Larkin and Stuart Shinkins are still recognized on the tour. I would be hopeful we can make Day Two, and if we were still shuffling up cards come Day Three I would be over the moon."

If the National Champions are the edges and corners of the puzzle then the World Magic Cup Qualifiers are the giant mishmash of pieces that will slowly but steadily make up the bulk of the picture. One of the already interlocked parts is coverage contributor Chapman Sim, who won a qualifier in Singapore in a field of eighty-eight players. Sim was surprised by the flurry of activity as players scrambled to get enough Planeswalker Points to be eligible to play in the events—some even going so far as to attend GP Kuala Lumpur for no other reason than the one-stop shopping it offered by way of points.

"This was a different feeling compared to Nationals, where players who have previously qualified by rating showed up less often," said Sim of the differences from last year's National Championships to this year's World Magic Cup Qualifiers. "Players who were previously unable to qualify by rating or by grinders are now also eligible to participate once they have crossed the required Planeswalker Point threshold, which means there are more chances for the community to grow. Having said that, Nationals and WMCQ felt pretty similar to me. It's still the same awesome event where I get to meet friends I haven't seen all year. Like a reunion of sorts!"

Sim won his event playing Esper Control and snuck into the Top 8 as the last seed, which meant he was on the draw for each of his matches in the elimination rounds. Fortunately, he was playing a build of the deck with Ratchet Bomb over Mana Leak and was able to mitigate his disadvantage.

Sim said of the leader of the Singaporean team, "He is a pillar of our local community despite his silent demeanor, but he does have a great mind. He is known as the menace who created the skeleton of the Geistpike deck which tore up the tournament scene on Magic Online. He's a close friend of mine and I'm happy to be fighting alongside him for the upcoming WMC."

While there were still spots up for grabs on the squad, Sim was optimistic about his team's chances and was looking forward to the event as both a player and as someone who looks at these things with a reporter's eye.

"After all, WMC is an event organized to crown the world's best National Team. I think it is refreshing for a tournament to focus entirely on representatives from each team trying to claim glory for their own country." 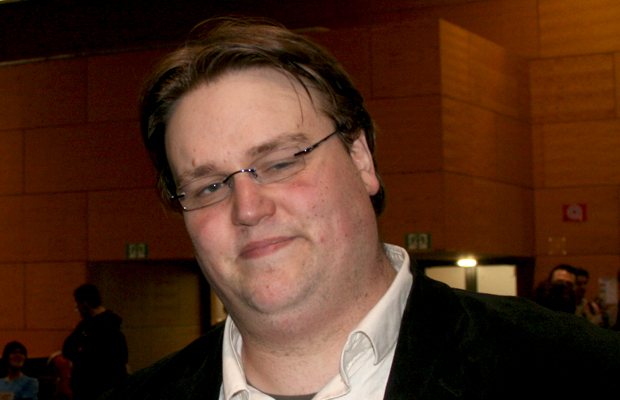 There are a lot of superstars on teams all around the globe and still plenty of spots that will be settled over the coming weeks. If you had to pick a team right now as the frontrunner you would be hard pressed to find a team with more success than the Belgian National team. The team is led by last year's National Champion—and Pro Tour Paris Top 8 competitor—Vincent Lemoine. There have been two qualifiers for the remaining three berths and both of those have gone to players with Pro Tour Top 8s on their resume. Most recently Cristophe Gregoire—a PT Honolulu 2009 Top 8er—won a slot and the first went to four-time Top 8 competitor Marijn Lybaert.

The only qualification the remaining member of the team needs to have is a willingness to practice and work hard, although, "it would be nice to have someone like Mark Dictus or Gert Coeckelbergh on the squad, but I'll be happy with whoever wins."

Mark Dictus made the Top 8 of the first qualifier but could not play in the second due to being the tournament organizer.

Someone who has not yet fared too well in the qualifiers is a former Pro Tour winner Lybaert would not mind seeing round out the team: "Geoffrey Siron has a combined record of 0–4 at the previous two WCQs but would make for a very nice team with four people who have Top 8ed a PT," Lybaert said. 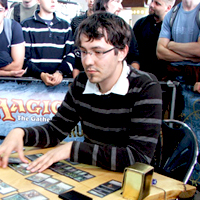 Pro Tour Berlin Top 8 competitor Matej Zatlkaj is one of the players still floating out there who hopes that when those final jigsaw tabs snap into place they reveal his face as the last piece of the Slovakian National team. He failed to win the first qualifier and will not be able to play in this weekend's event.

"The first qualifier was a lot of fun!" said the always affable Zatlkaj, who has been twittering his enthusiasm for the events all week. "It was great seeing all the good players coming together competing at the highest local level for a very cool prize. A flight to represent your country has always been a very attractive proposition."

Robert Jurkovic locked up the captaincy of the team in Barcelona and Zatlkaj has every reason to expect that this year's team will be successful. 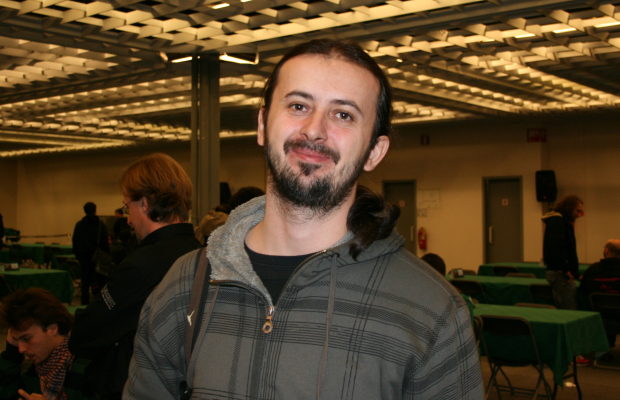 "Slovakia was the 2010 World Team Champions; all players realize that such a great result is possible and all players want to be a part of the team," he said of the enthusiastic turnout for the first event. "I personally think we already have a very good base of a team with Robert Jurkovic as the pro representative, and our three-time National champion Filip Valis snatched the first WMCQ slot, making it a formidable team already. With at least one more experienced player—hopefully me—I think the team can make it far."

To see if you have enough Planeswalker Points to qualify you can go here. Who knows, maybe your face will be on one of those last remaining puzzle pieces!

The Rising Cost of Gold and Other Precious Metals

Along with the World Magic Cup Champions, Players Club levels were set with the final standings at Pro Tour Avacyn Restored. Events that contributed to those levels go back through the last half of the 2011 season. Up until the Reorganized Play announcements, the seasons were on a yearly cycle, but they changed over to straddle two calendar years. There were far fewer Grand Prix events in that back half of 2011—which then became the front half of the 2011–12 season—then in the new year with its expanded GP schedule. As such, the points needed for the Players Club levels next season have been adjusted slightly and the cost of Gold and Platinum got a little more pricey. The new levels are as follows:

This does not affect anyone who has already locked in a level for the current season. If you were deemed Platinum by the end of Barcelona you will be Platinum throughout this entire season, which started with Grand Prix Malmo and Minneapolis and will conclude with Pro Tour Sinker. What it does mean is that players will need to hit these totals during the current season if they do not already have a Players Club level for this season. If you want to get promoted a level from Silver to Gold, you will need to cross the 30-point threshold. These will also be the numbers players need to hit in order to secure their Players Club levels for the 2013–14 season.

Organized Play Programs Manager Scott Larabee also gave me the lowdown on some changes to the invitation policy that needed to be made in order to deal with how byes are assigned at the Grand Prix level for teams. The summary is pretty simple. There will only be one- or two-round byes handed out for team GPs and those byes will be handed out via the same criteria that single-player byes are handed out—Planeswalker Points, Pro Club Level, Hall of Fame, and Grand Prix Trial winners.

The big difference for team events is that only one player on the team needs to have unlocked the byes in order for the whole team to enjoy them.