Welcome to the Pro Players Club

f you have ever thought about competing on the Pro Tour, or even if you just like to check in from time to time and see what's going on, there has never been a better time for it. Everyone following the Pro Tour this season has commented on the improvements, ranging from the Players Lounge to the new Invitational voting system to the free goodie bags that now greet players at registration to the live webcasts and video archives that have been getting better every show. 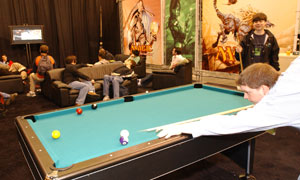 The luxurious life of a Pro Tour player.

Well, we're not done shaking things up yet … not even close. We here at Wizards of the Coast love the fact that a class of professional Magic players exists, and we're constantly looking for new ways to make sure that the "Pro Tour Lifestyle" remains an awesome way to make friends and see the world (while having fun playing a card game).

Today I am delighted to announce an overhaul of the way Pro Tour Players get invited to the Tour and how the travel costs they face playing around the world are funded. Beginning with Pro Tour-London we're eliminating our super-complicated system of Professional Standings and rearranging the way we give out the money from our nearly invisible End-of-the-Year Payout. Both will be replaced by the "Pro Tour Players Club."

Here's the juicy part -- the benefits of being at each Club level (so far):

Yes, you did read the Level 6 benefits correctly. Wizards of the Coast takes care of your airfare and your hotel for every Pro Tour, plus we're throwing in $2000 even if you scrub out – and you're guaranteed at least $500 every time you play a Grand Prix. Of course, the obvious question is "How do I get the sweet hook-up?"

Players will continue to accumulate Pro Points for finishing well in Pro Tours and Grand Prix just like they have for the last eight years (see chart below), but now we'll use those points to determine what level of benefits each player gets within the Club.

The Players Club will be seeded with members based on the Pro Tour-Philadelphia Professional Standings (which will be the last Pro Standings ever calculated). Pro Standings translate into Club Levels as follows:

Players with the appropriate number of points will be given the benefits of that Club level for the rest of 2005. Click here to see how many points each player has already accumulated toward the Philadelphia Standings.

The 2005 Player of the Year Standings will be used to determine Club membership starting in 2006. Since this year's race has an extra Pro Tour in it, the thresholds are a little bit higher:

Club members are promoted to the appropriate level as soon as they hit these thresholds, and they retain this status for the rest of 2005 and all of 2006.

After we seed the Club based on the Pro Tour-Philadelphia Professional Standings, there will no longer be any Pro Standings. Instead, everything will run off of the Player of the Year Race. Whenever a player picks up the appropriate number of points in the current season's Player of the Year Race, they are immediately promoted to that Club Level for the rest of the season. At the beginning of each new season, everyone will be automatically given whatever membership level they earned based on their final point total in the previous season's Player of the Year Race. This system replaces all previous systems for awarding pro-point based invitations to Pro Tours or Nationals, and it also replaces the Pro Point levels for earning byes at Grand Prix.

Here are a couple of examples of how the Club works:

With the three points he picked up in Detroit last weekend, Sam Gomersall has 24 points so far in the Philadelphia Pro Standings. He has already clinched Level 3 benefits for the rest of this season, which includes Pro Tour invites for the rest of the year and he'll earn at least $500 each time he plays in one, even if he doesn't win a single round. If he can pick up 6 points in Philadelphia (which would take a Top 32 finish) then he'll lock up Level 4 for the rest of the year. That would raise his appearance fee to $1000 and give him one free trip, which could really come in handy with Worlds in Japan this December.

Meanwhile, Sam has 15 points in the Player of the Year Race so far this season. He should have no trouble getting over the 20-point threshold, which is what he needs to lock up Level 3 for the 2006 season – but I'm sure what he'll be gunning for is 35 points, which would give him Level 4. As soon as he gets to 35, by the way, he is immediately promoted so even if he fails to put up that Top 32 in Philadelphia, he could still earn himself a free trip to Worlds this year by putting up, say, a Top 8 in London. 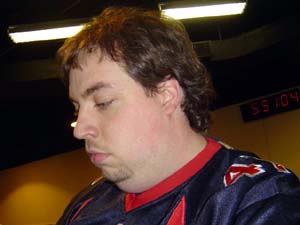 My second example also comes from that crazy-good Top 8 at Grand Prix-Detroit. Jeroen Remie picked up 4 points with his semifinalist finish, which is huge for him -- he has 55 (so far) toward the Philadelphia Standings. If he can put up a Top 48 in Philadelphia and get to 60 points, he'll be sitting in the penthouse of Level 6, with Wizards of the Coast providing airfare and hotel and $2000 for him at each of Pro Tour-London, Pro Tour-Los Angeles, and Worlds in Yokohama. Plus he would get $500 for each Grand Prix he plays the rest of the year, which could really add up given Jeroen's typical travel schedule. Even if he doesn't get to 60, though, Level 5 gives him free airfare, $1500 per Pro Tour, and $250 per Grand Prix. Knowing his talent and passion for the game, he'll be able to make a serious run at 65 points this season, which would set him up for all of 2006.

So how much money is that?

It's hard to calculate exactly because airfares and hotels are variable from location to location. We also don't know how many GPs the players at Levels 5 and 6 will go to. We did our best to calculate the cost for the rest of 2005 and came up with a figure a little bit north of $360,000. To fund this transition year, we're going to drop this year's End-of-the-Year Payout down to $300,000 (from $635,000). The new prize schedule for the End-of-the-Year Payout will be as follows:

Here are a few explanations that hopefully will help clarify the transition from the old policy to the new one:

The Pro Point thresholds that players need to earn in 2006 to qualify for 2007 levels will be announced as part of the 2006 invitation policy on September 1, as will the prize schedule for the 2006 Player of the Year Race.

The Pro Tour appearance fees, free airfare, and free hotels begin for Pro Tour London on July 8-10. If you qualify for free airfare or hotel, please make sure the DCI has an up-to-date e-mail address for you. (DCI info can be updated on the web or by stopping by the DCI booth at any Pro Tour.)

The Grand Prix appearance fees and byes will kick in beginning with Grand Prix-Matsuyama on May 14-15. (Byes that have already been awarded for GP Masuyama and GP Bologne based on the Nagoya professional standings will also be honored.)

Nothing in this plan affects invitations or byes based on DCI Rating.

I think there are quite a number of reasons to be excited about the Players Club. It's simpler to explain than our old system, which isn't a big deal, but that simplicity also gives players much more knowledge of their own fate – instead of being forced to go into each Pro Tour wondering if they can get enough points to qualify for the next one, most players will now have their gravy train status secured for an entire year (or more). 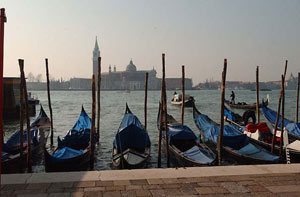 Another subtle virtue of the new system is that players will not be forced to funnel their winnings into the travel industry or track down their own travel agents. The Pro Tour Lifestyle is great, but it does include a pretty heavy travel burden so we figure anything we can do to ease that burden is worth doing. That includes easing the stress of traveling to some far-flung land only to get mana-screwed in round six and miss Day 2. Thanks to the Players Club, there's an appearance fee there to cushion the blow (and pay the bills). On top of everything else, I think this system is pretty cool – having levels to quest after is fun no matter what game you're playing.

I've always said that my goal ever since I left the Pro Tour to join Wizards of the Coast is to do my job well enough (both as a member of R&D and also as an advisor to the DCI) that the Pro Tour will still be there for me when I retire. This announcement makes me feel a lot better about that goal – not just because I think the system will help preserve the lifestyle that many of us have been lucky enough to live, but also because I think the lifestyle itself is more fun when you know you're making money for each and every event you attend.

We actually have several more ideas about benefits we could potentially add to the Players Club, especially at the lower levels, and we're also toying around with ways to create similar programs that reward players who never make it to the Pro Tour. For now, though, we wanted to go ahead and launch this piece of the program as part of our ongoing effort to improve the Pro Tour.

We hope those of you in the Players Club will like it and we hope the rest of you get the breaks you need at your next PTQ to earn your own Club membership. I'm sure there will be lots of buzz about this in Philadelphia this weekend and I'll be there along with several other representatives of the DCI, happy to answer questions that anybody might have.