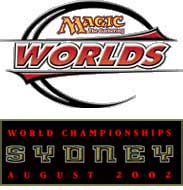 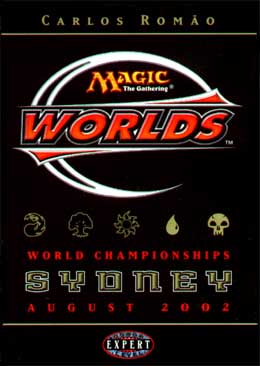 omão's blue-black "Psychatog" deck was the defining deck of the tournament. A control deck at heart, with lots of card drawing and countermagic, it wants to stall an opponent until it can play a devastating Upheaval and Psychatog on the same turn. While many people at this year's World Championship played this style of deck, Carlos simply played his version better than everyone else played theirs.

Romão, known as "Jaba" to his friends, was a perfect 6-0 during the Swiss portion of the tournament, posting a stunning 12-0 game record. This twenty-year-old native of São Paulo, Brazil, has been widely regarded as one of the best players in South America. His deck tried to stay alive long enough to play Upheaval, while floating mana to replay Psychatog on the same turn. 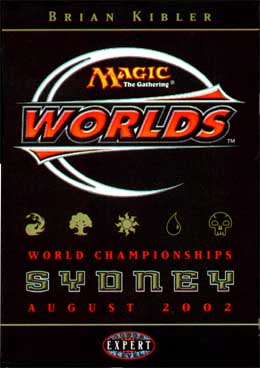 ibler's green-white-red "Red Zone 2K2" deck loves to put creatures into the "red zone"; that is, attack with them! This aggressive deck can put over thirty creatures on the board. And with Glory in the graveyard, few defenses can prevail against their onslaught.

A Pro Tour veteran, Brian piloted this deck to an impressive finish at this year's Worlds. The "red zone" actually refers to the attacking zone on the playmats used on the Pro Tour circuit.

The twenty-one year old Kibler attends Emory University in Atlanta, Georgia, and is part of the "Mini-Colony" playtest group that designed the Red Zone 2K2 deck. 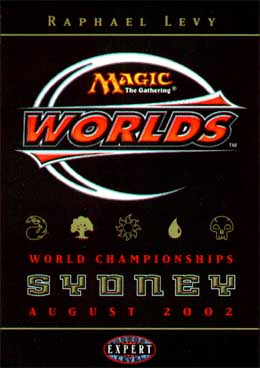 evy's blue-green "Le Wonder Goose" deck features a ton of small green creatures like Nimble Mongoose and Werebear. With Careful Study and Mental Note to get to threshold, however, those small creatures quickly turn into real monsters!

A native of Toulouse, France, Raphael Levy posted an impressive 5-1 record during the Standard portion of this year's Worlds playing this deck. The deck used blue not for countermagic, but for cards which helped the deck reach threshold more quickly, and for Wonder in the graveyard, which allows the deck's pumped-up threshold creatures to fly. 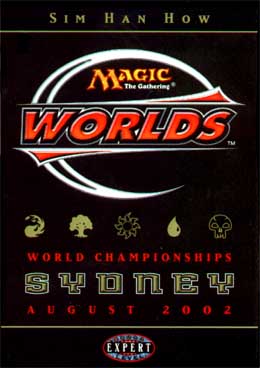 an How's blue-green-red "Squirrel Opposition" deck can be aggressive with cards like Wild Mongrel and Flametongue Kavu, or it can play the stalling game with a Squirrel Nest - Opposition combo. Beware the Roar of the Wurm in the sideboard!

Malaysian National Champion Sim Han How raised some eyebrows by posting a 6-0 record with this deck. It is designed to get out lots of Squirrel tokens with Squirrel Nest before using Opposition to tie up the opponent's creatures and mana.

Han How won quite a few games using some tricky sideboarding, such as pulling out his enchantments and bringing in more beatdown cards.

Besides being a top Magic player, Han How is also a student at Bandar Utama College in Kuala Lumpur, Malaysia.