Each deck contains 90 cards, including a sideboard and blank cards for adding proxies.

Follow the tournament as it happened at the Sideboard Online.

he 1999 World Championship decks offer you the chance to examine and play with the best Magic decks in the world today. Each deck contains some of the most powerful cards in the Standard environment, and the expert strategies that will keep you on the cutting edge of competitive play. 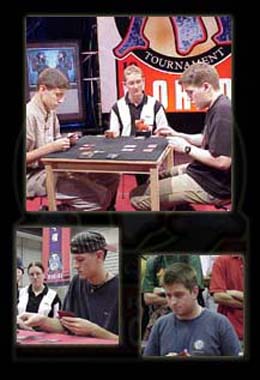 Photos from Yokohama, site of the 1999 Magic World Championships: