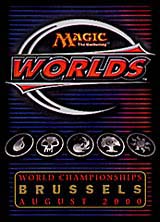 Each of the 4 decks contains a 60 card constructed deck, a 15 card sideboard, 12 blank "proxy" cards, and 3 information cards about the deck.

he world's best professional Magic: The Gathering players competed for a share of more than $250,000 in cash prizes at the 2000 World Championships, held August 2-6 in Brussels, Belgium.

The fierce competition featured both individual matches and an international team tournaments that showcased teams from more than 40 countries.

Whether you play with Jon Finkel's "artifact-heavy" deck or Tom van de Logt's "creature-less" deck, you'll find a wealth of strategy from the minds of some of the best players in the game. 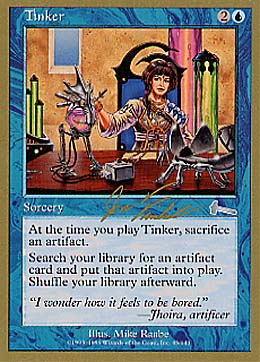