en Con was the site for the first World Magic Cup, which was won by Chinese Taipei. But you can learn all about that over here, thanks to our comprehensive text and video coverage. For the other Magic happenings, read on!

While the Legacy Championship was going on here in Gen Con, the Magic Online Championship Series held a 353-person Legacy tournament in cyberspace. If "cyberspace" still a thing people say. And the top 32 decklists are right here. Congratulations to jacksad!

Hey! Look at this cool Magic armor David O'Brien made! 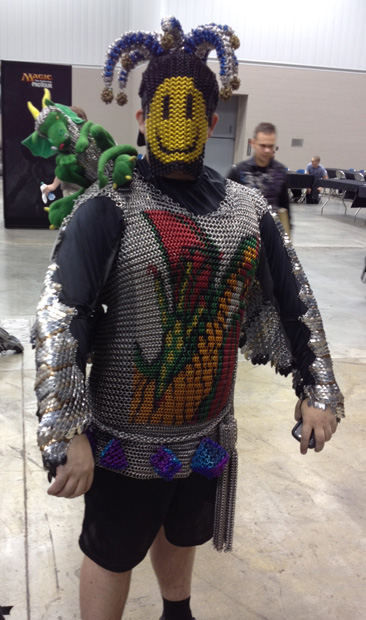 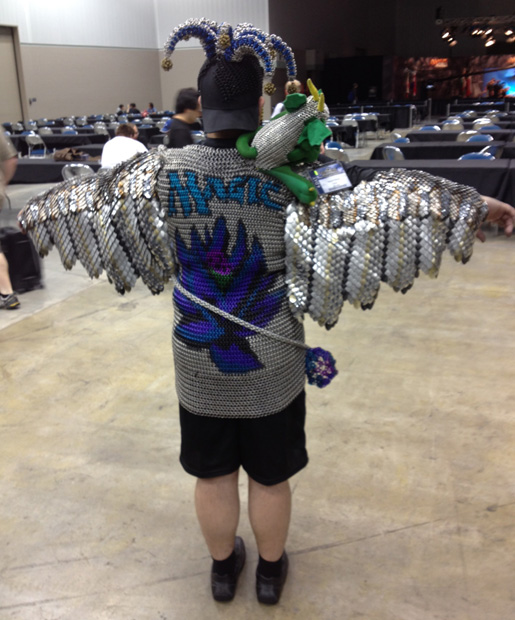 The 2012 Legacy Championship has ended. And congratulations go out to Chris Bergeson, who triumphed! 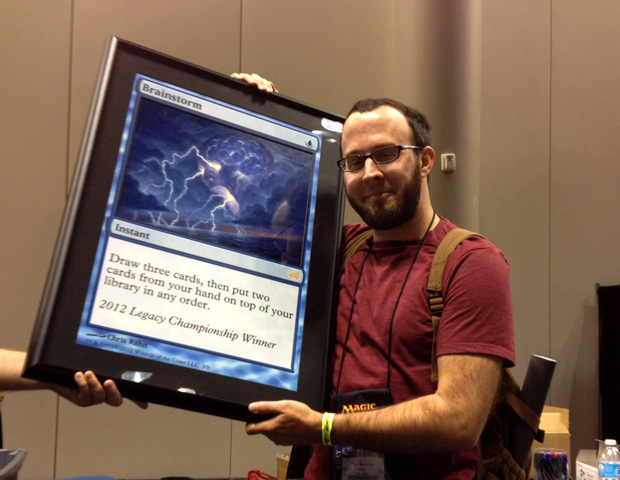 And here are the Top 8 decklists!

4 Force of Will 2 Submerge

4 Pact of the Titan

4 Force of Will 1 Batterskull
49 Cards

4 Life from the Loam 3 Raven's Crime

4 Life from the Loam 4 Exploration 2 Manabond

So, Cardhalla. It's getting kind of big. In fact, it's almost too big to process. 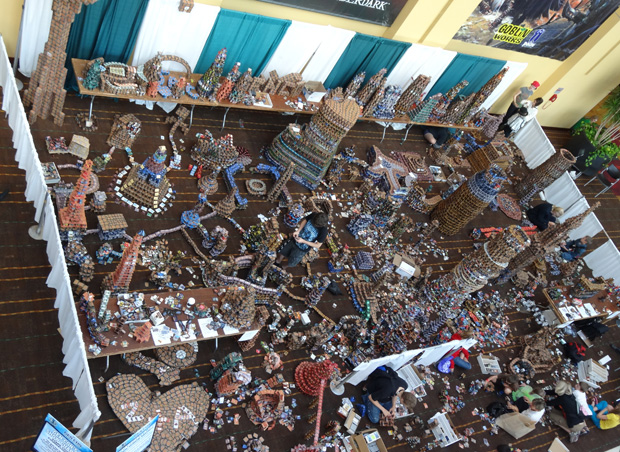 Yikes! And we're not done yet!

In an attempt to make sense out of it, here's a piece that caught our eye. 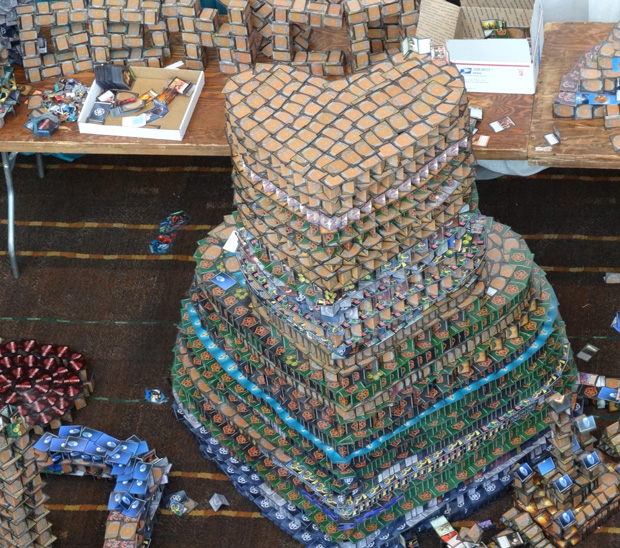 It's like a wedding cake! Made out of cards! Sort of!

As though 350 players in the Legacy Championship weren't enough, Magic Online is running a Magic Online Championship Series in Legacy riight now. And they just nudge out the physical tournament with 353 players!

Congratulations to Marc Lanigra, the winner of the 2012 Vintage Championship here at Gen Con! Lanigra won a hard-fought match in three games when he was able to keep Blaine Christiansen's Phyrexian Revokers at bay.

In the final game, Lanigra had a great start, with a land, a Black Lotus, and Jace the Mind Sculptor. After Jace's pseudo-Brainstorm gave Lanigra a Mox Jet and a Voltaic Key, he was looking good. But Christiansen had two Phyrexian Revokers to deal with Jace and the Voltaic Key.

One of the Revokers got killed by an Ingot Chewer (prompting Lanigra to announce, "Evoke your Revoker"), but it was replaced by another. A few turns of sparringave Lanigra the time he needed to draw Hurkyl's Recall and cast it at the end of Christiansen's turn. Then on Lanigra's turn, he drew Time Vault, which combines very nicely with the Voltaic Key. One handshake later, Marc Lanigra had won! 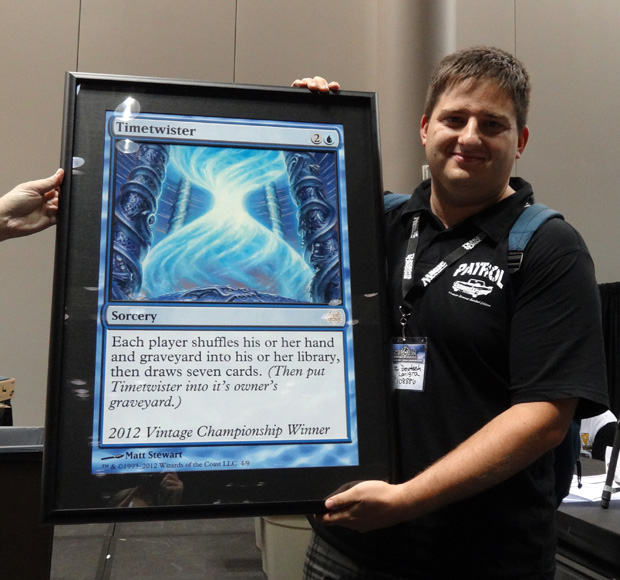 4 Force of Will 4 Ingot Chewer