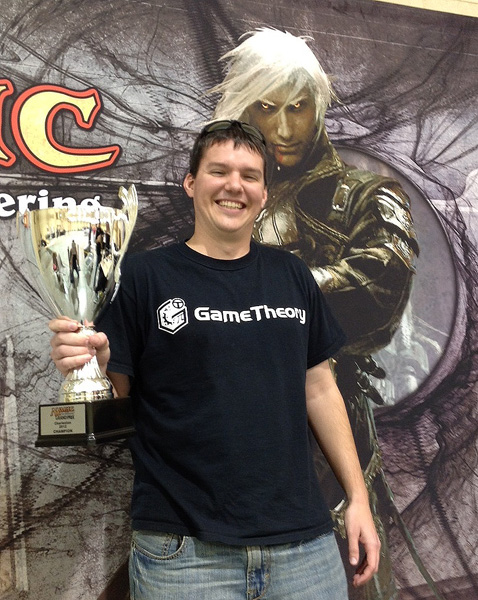 It's been an incredible weekend for Magic here in Charleston. 661 players showed up to compete with their favorite Standard decks. The field was whittled down to 81 players for the second day of competition. When the dust settled only eight players remained. Reid Duke, Peter Kelly, Patrick Cox, Brian Eason, Matt Keene, Gerry Thompson, Morgan Chang, and Jon Bolding were the only Planeswalkers left in the heat of battle.

The semifinals saw Jon Bolding up against his worst matchup in the top 8, a significantly more aggressive Rakdos deck being piloted by Matt Keene. Bolding managed to curve out perfectly while Keene stumbled a bit with lands that come into play tapped and Jon Bolding was able to escape the semifinals despite being a massive underdog.

Only two were left standing. Brian Eason's powerful Black/Green/White Tokens deck stood no match against Jon Bolding's Rakdos deck that featured Thundermaw Hellkite and Bonfire of the Damned. Jon Bolding goes home with $3,500, a trophy, and the title of Grand Prix Charleston Champion.

This is Jon Bolding's first major finish and it qualifies him for his first Pro Tour. Be sure to check out Pro Tour Gatecrash to follow Bolding and see if he has what it takes to compete with the best in the world!

We know you love decklists, and when the competition is tight, it can be a hair's breadth between making the Top 8 and falling just short. Here are the following eight players, who ranked 16th through 9th.

3 Restoration Angel 3 Rest in Peace 2 Angel of Serenity 1 Ajani, Caller of the Pride