s you may know, the Pro Tour began in 1996. But before the Pro Tour, there were World Championships, starting in 1994.

The first one was one by Zak Dolan, and we've covered it extensively, reprinting Duelist articles and showing never-before-seen pictures. But for some reason, the second World Championship always gets forgotten. Until now! 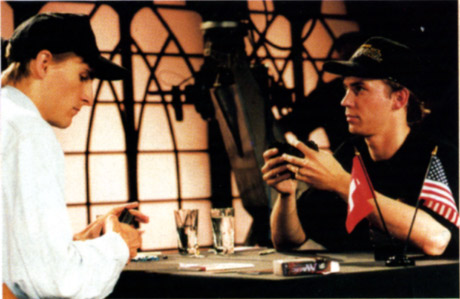 It took place in August 1995 at the Sea-Tac Red Lion. Players from nineteen nations gathered to do battle. The tournament format seems alien to us today, with players getting points for every individual duel they won. And this was the first tournament where player's weren't allowed to change their decks between the Swiss rounds and the Top 8!