It was the final round of the Swiss pairings at the World Championship. While one player, William Jensen, led the field by a margin of three wins, a pack of players were vying for the three remaining places in Sunday's Top 4. A win for any one of those players meant a chance to hoist the trophy and to take home Magic's biggest cash prize and the title of World Championship.

Reid Duke, from the United States, and Kelvin Chew, from Singapore, were two of the players vying for that final spot. Chew had a chance at the Top 4 even with a loss, but Duke needed a win in this final round to even remain in contention. A win wouldn't secure a place for him in the Top 4, but it would give him a shot.

You wouldn't know that so much hung in the balance by looking at them, however. The match was a battle of two of the most unflappable, polite players in the room.

"You beat both my teammates," Duke noted as the two players shuffled.

It was relevant not only because Duke is close friends with teammates Owen Turtenwald and William Jensen (Chew was the first person to hand Jensen a loss in the tournament, in Round 13), but because he's on the same list as those two players. Chew's 2-0 record against the team's deck didn't bode well for him.

Duke was playing a favorite from late last season, Temur Energy, which had retained most of its key spells post-rotation. With a diverse set of resilient threats, plus a few counterspells to back them up, Temur Energy has proven over the course of the past few days that it's still a wily deck that can win games with frightening efficiency.

Chew was on the breakout deck of the tournament, a new build of Blue-Black Control that uses Search for Azcanta to generate most of its card advantage. It answers all of its opponent's threats with as much removal and counter-magic as it can manage while still leaving room for a few Torrential Gearhulks and Scarab Gods to actually finish games with. 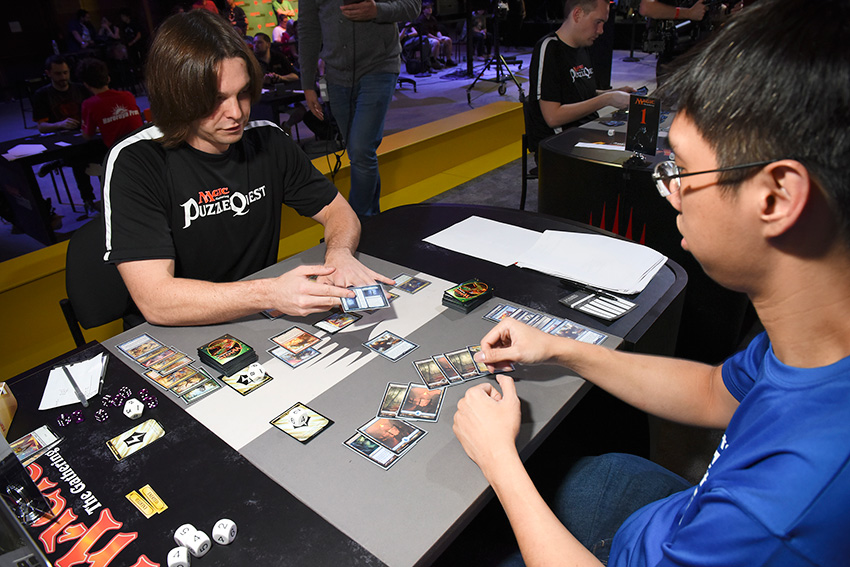 While Kelvin Chew had a shot at Top 4 even with a loss, Reid Duke needed a win in order to even have a shot on tiebreakers.

In the early stages of the game, Chew met all of Duke's creatures with answers. There was a Fatal Push for Servant of the Conduit, a Disallow for a Whirler Virtuoso, an Aether Meltdown for a Glorybringer.

While Duke was having a hard time establishing a board to put any pressure on Chew, he at least had the comfort of knowing that Chew wasn't drawing cards and putting himself ahead on resources.

Then, on turn seven, Chew played a Search for Azcanta, the legendary enchantment that serves as a card drawing engine for this new version of control. Chew wasn't pressuring Duke's life total, but he was pressuring him to win the game before Chew's card advantage engine could take over. 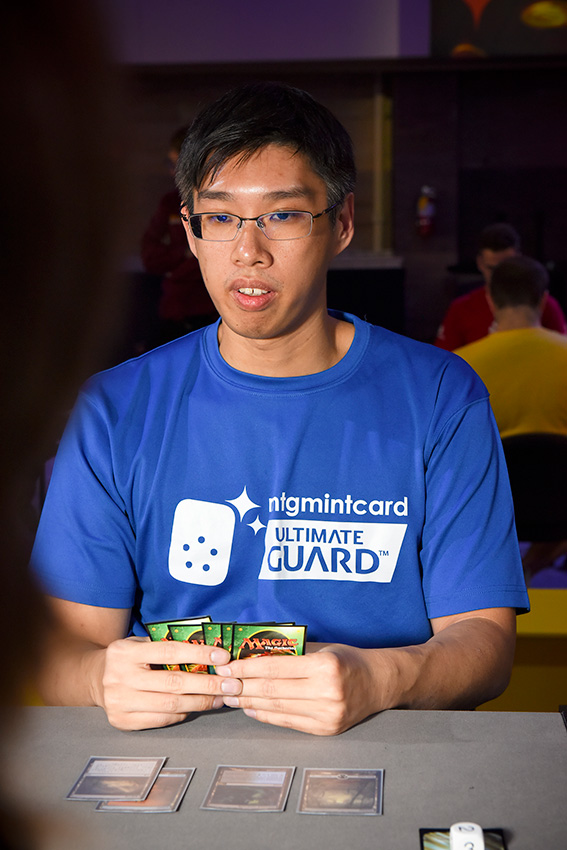 Chew dispatched two out of the three members of the Peach Garden Oath in Swiss rounds. Would he be able to take down the third?

Then Duke cast an Essence Scatter on Chew's first Torrential Gearhulk, which Chew was attempting to use to counter a Rogue Refiner. Chew's next Torrential Gearhulk, also in response to a Rogue Refiner, was met with a Commit // Memory, which put it second from the top in his library. Not only did it stop Chew from countering his Rogue Refiner, but it also meant that if Chew wanted to activate Azcanta, the Sunken Ruin to start looking for more answers, he'd have to put the Gearhulk on the bottom of his deck.

With that play, Duke had seven power in creatures on the board, and they were starting to take significant chunks out of Chew's life total. On his next turn, Duke cast a Glorybringer, forcing Chew to come up with an answer for the lethal attacker. Chew activated Azcanta, the Sunken Ruin. He came up with nothing, and scooped up his cards to move to Game 2.

Chew and Duke both started the game with mulligans. Duke kept his six-card hand, while Chew went to five cards before he found a satisfying opener. Chew's land drops stopped after the third one, and Duke cast a Chandra, Torch of Defiance on turn four. It stuck, and immediately starting ticking up. 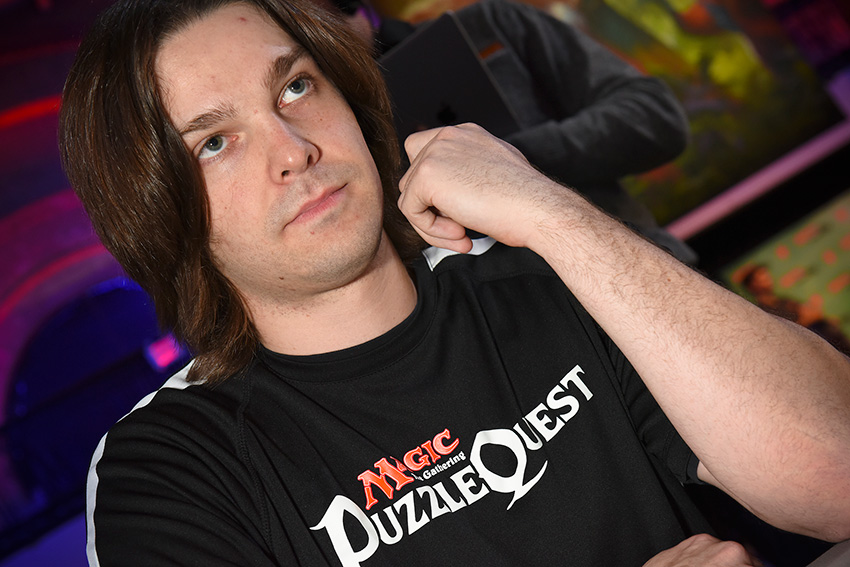 Duke kept his composure, focusing on his match play in hopes of a return to Sunday.

While Chew valiantly tried to answer all of Duke's threats with his dwindling resources, he could never quite get his feet under him. While he Essence Scattered a Bristling Hydra and cast a Vraska's Contempt on the Chandra before Duke could use her ultimate, pair of Glorybringers from Duke sealed Chew's fate, and this time he extended his hand.

With the win, Duke put himself among the four players with 27 points vying for three remaining places in the Top 4. He'd done what was in his power, and could only wait and see.

Unfortunately for the 2013 World Championship finalist, his tiebreakers left him a little short, coming in 5th. Another shot at the title of World Champion would have to wait at least another year.