Posted in Event Coverage on September 9, 2017 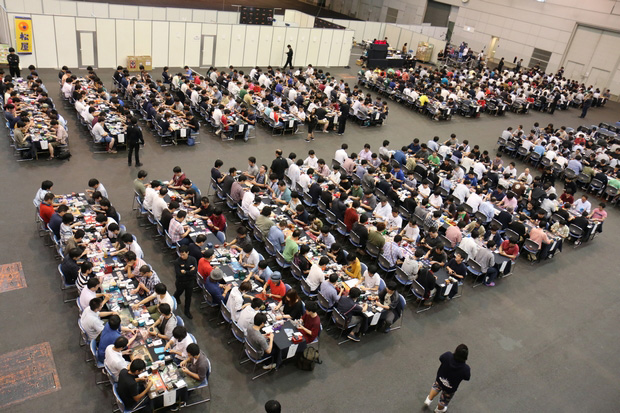 597 Japanese players traveled across their Land of the Rising Sun - even if they lived across the straits of Hokkaido or far-flung Fukuoka - to attend Japan Nationals. Converging at the heart of Shizuoka, just fifty miles away from iconic Mount Fuji, all of them had dreams and that was to either become a National Champion or earn a coveted spot on the Japan World Magic Cup team. Not only were they battling for a prize purse of one million yen (approx. $9,300), there was priceless eternal glory at stake.

What were the highlights of Day 1? Here's a glimpse of the day's action, condensed into a bite-sized read.

The Platinums Get a Head Start

Yuuya Watanabe and Shota Yasooka (coincidentally both 8th-ranked) as well as (22) Ken Yukuhiro were the only three Platinum pros in the room, which meant that they were the only players with two byes. Considering that Nationals was a 12-round event (instead of Grand Prix and Pro Tours which have 15 and 16 rounds respectively), that was a significant head start for them. As expected, all three of them pulled ahead with their advanced standing, finishing 6-1, 7-0, and 7-0 respectively. 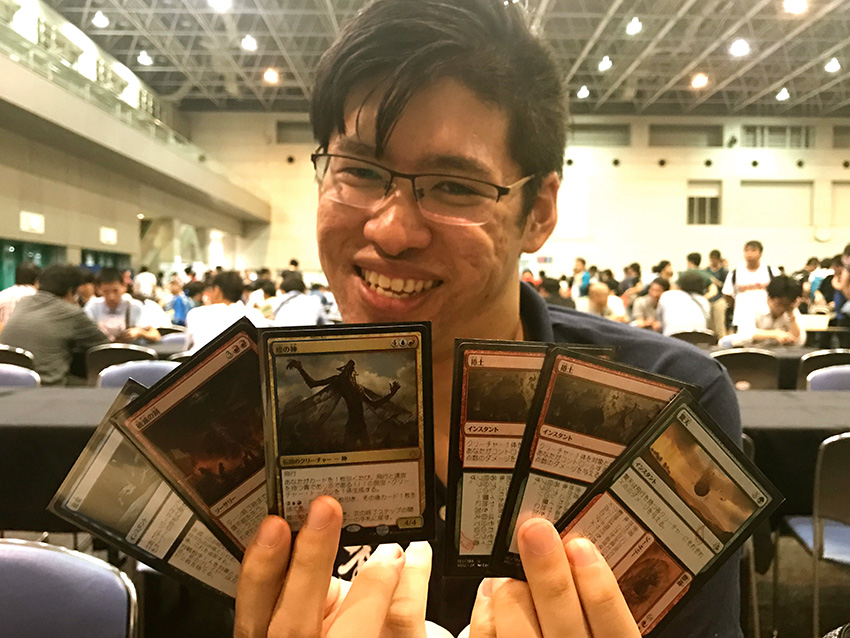 Although Watanabe and Yasooka both netted the exact same amount of Pro Points in the previous season, it was Watanabe who edged out Yasooka in the tiebreaker tussle. This meant that Watanabe was the top Pro Point earner of Japan and received the honor of leading the Japan National Team as the Team Captain at the World Magic Cup. Since Watanabe was already assured a seat, he was here to contest for the title of National Champion - and to hopefully pick up some Pro Points along the way.

Despite Yasooka's "crushing defeat", he was unfazed and started out strong in Day 1, going 4-0 with Temur Energy during the Standard portion. Admittedly, he only have to win two matches to go undefeated in Standard but that didn't stop him from joining Pod 1 during the Booster Draft portion, which he also steamrolled through.

As for Yukuhiro, he showed up with the most interesting brew of all. What was his claim to fame this weekend? Winning both his Standard matches today with a concoction consisting Claim // Fame and Lone Rider! Piloting a Mardu Aggro deck laden with oddities and peculiarities, it also had the ability to also transform into a midrange deck at will. I mean, check this out. 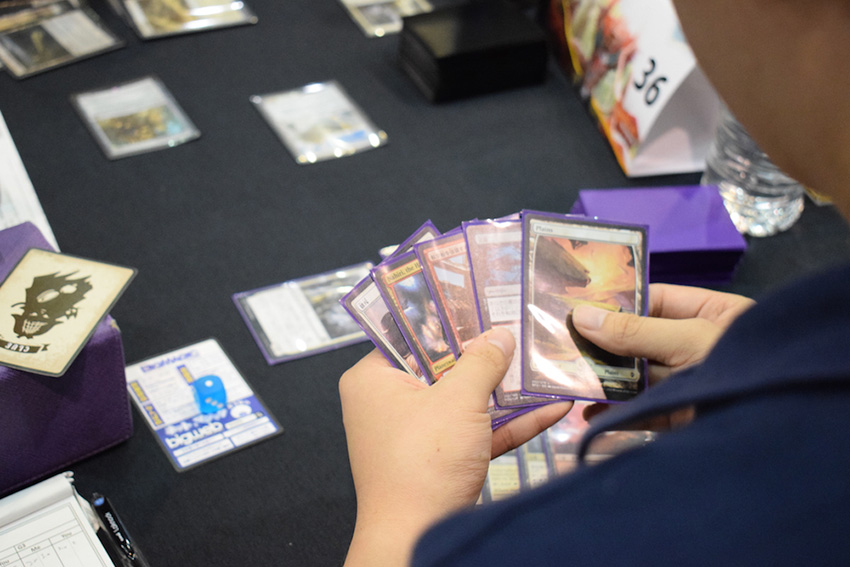 Kari Zev, Skyship Raider, Cast Out, Nahiri, the Harbinger, and Glorybringer. There were all heavily-played Standard singles. But, for them to coexist in harmony within the same 75 was truly amazing and unprecedented. Not only did he drop jaws and raise eyebrows with his creativity, he displayed that there was still room for innovation in a format where there were upwards of ten to fifteen established archetypes. Well, you know what they say. Once a brewer, always a brewer. Yukuhiro continued to gain awesome points from all around the world.

As the field whittled away, the three superstars rose to the top. With any luck, they could all be playing in the Top 8 tomorrow and if the stars aligned, the trio could even be on the same World Magic Cup team, forming the scariest squad the world has ever seen.

With nearly 600 players in the room, we zoned in on 25 of the most accomplished. This list included Pro Tour Champions, Pro Tour Hall-of-Famers, former Players of the Year, former Japan National Champions, Platinum and Gold Pros, and more. Without divulging too much information, here were what these 25 players have chosen to play in the Standard portion this weekend. Perhaps this will offer a glimpse of the deck choices of the top players in the room today!

Rogue Refiner, Whirler Virtuoso, and their energetic friends were clearly the most popular cohort, and two players even took the beatdown plan a little further by adding a fourth color to support Woodland Wanderer. Mardu Vehicles and Ramunap Red were still relatively popular choices, but there were still ten other archetypes after the usual suspects. With fourteen different decks represented among these 25 players, this was an indication that the Standard metagame was diverse and healthy.

Which decks will float to the top? You'll have to return tomorrow to find out!

Now, don't think I'm mumbling. I'm about to get to the point. Now that you have an idea of what Planeswalker Points are, you'll fathom that they were not exactly easy to earn. Shuhei Nakamura was the first player in the world to cross over 100,000 lifetime Planeswalker Points. 100,000. Even if you gained an average of 10 Planeswalker Points each match and won a hundred percent of your matches, you'd still need to play and win 10,000 matches to get there! Thereafter, the second, third, fourth, and fifth players were Raphael Levy, Tomoharu Saito, Martin Jůza, and Samuel Black, all whom have had tenured careers spanning over two decades. 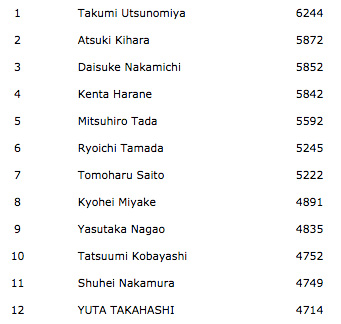 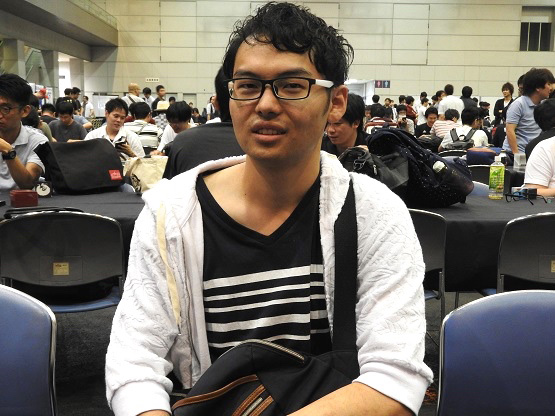 Takumi Utsunomiya shared his thoughts about his goals and dreams.

"It's not a special target which I set for myself. I didn't start off the season by wanting to earn the most PWPs in Japan. I love to play Magic and I attend tournaments just like a sports fan would attend sports events. It's the same, really. Haha!"

Utsunomiya started playing Magic just before Grand Prix Kobe 2015 (oh, by the way, he got to Level 40 in just two years) and he was convinced by his friends to attend. However, due to his lack of experience, he recalled that he was brutally crushed at said Grand Prix.

"I learned that a lack of knowledge and lack of practice were the reasons I couldn't do well. I decided to put in more effort in order to improve. As I learned more and more about the game and the community, I was deeply attracted to what Magic had to offer. This is why I play in three to four tournaments daily, at varying hobby stores. I also travel to nearby Grand Prix to hone my skills."

That's not to say that everyone should emulate his behavior, since too much of a good thing - anything, in fact - could come with repercussions. Thankfully, Utsunomiya had not let his recreational hobby of choice affect his school work. As a young, diligent, and motivated individual, he was very focused on his new goals.

"I would like to be a professional player one day, but in the meantime I will focus on learning and self-improvement. The game is intricate and exquisite and the strategy is very deep. I would be glad if I could play Magic for a long time to come."

Perseverance is failing 19 times and succeeding the 20th. Nothing great was ever achieved without enthusiasm and passion. Utsunomiya is a living embodiment of that love for Magic and we do hope that his dedication will pay off handsomely in the near future.

From among 597 players, only 5 achieved the perfect 7-0 record. With only five more rounds to go tomorrow, these players were in a great position to make the Top 8. If they do, a couple more wins would secure them a slot on the National Team, while a third win will clinch them the prestigious title of Japan National Champion. Before we release them back into the water - actually, we want to send them home for a well-deserved rest - let's take a moment to get to know them a little more! 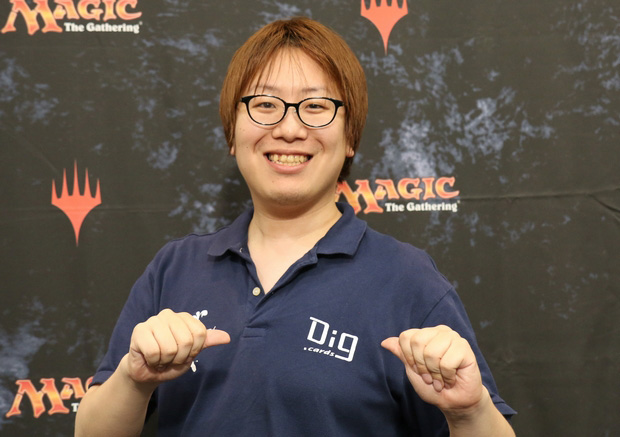 In the final game of Round 7, I topdecked Decision Paralysis on the final turn to steal the game and match!

I want to help Yuuya Watanabe and be part of his World Magic Cup team! 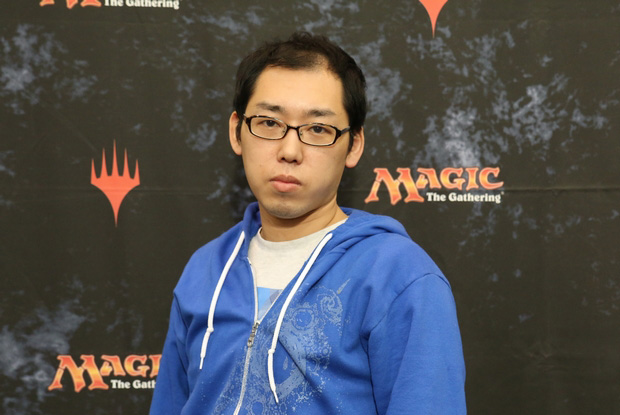 Pro Tour Kaladesh Champion, and so on...

I enjoy both formats.

Ken Yukuhiro had 2 byes and went 4-0, but he fell into Pod 2 of the first Booster Draft.

I hope to score at least 2-1 at Booster Draft. 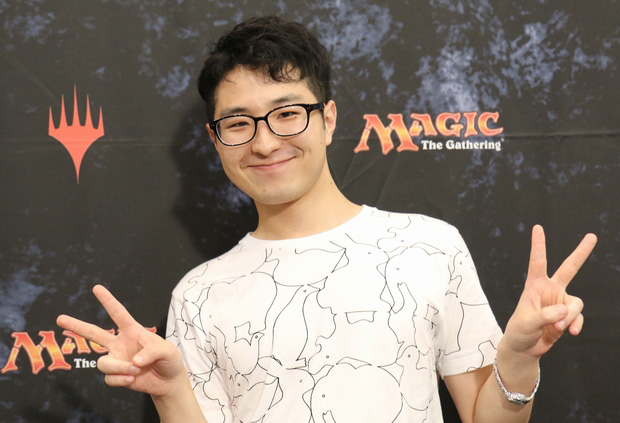 Blue-Red. Sand Strangler was great for me!

Surprisingly, I saw a lot of Mono White Eldrazi

I could win today because I was lucky, so I hope that my luck will continue tomorrow. 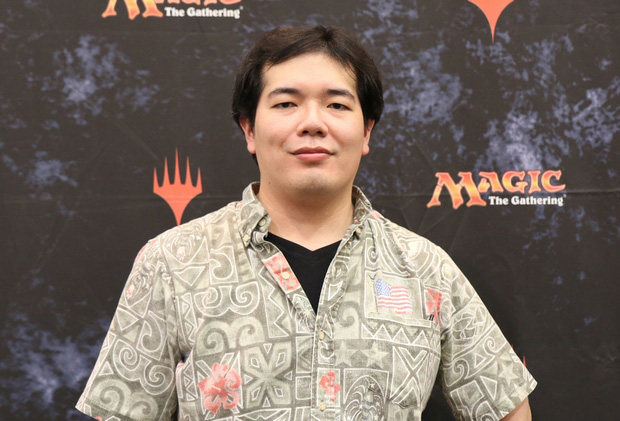 I hope that I could play Booster Draft all the way, but that's not going to happen. :) 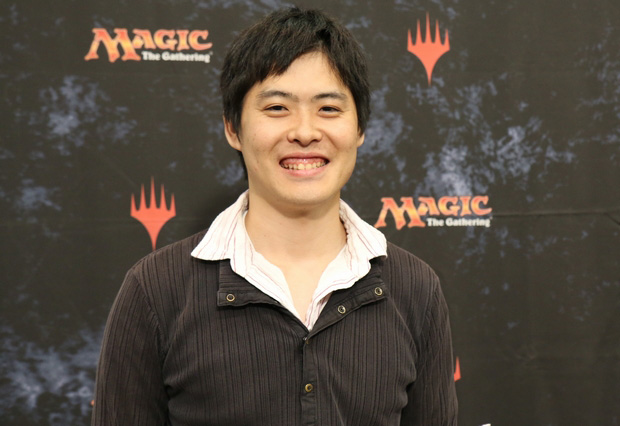 I prefer Standard but I win at Booster Draft more.

I saw a lot of Temur Energy decks and some were splashing Woodland Wanderer.

I'll do my best to fulfill my dream of making the Top 8 of Nationals!

Posted in Event Coverage on September 9, 2017