Over 600 players arrived at the Greater Richmond Convention Center on Saturday to take part in the U.S. National Championship, the first since 2011. The players made their way through six rounds of Standard and six of draft as they fought for a place in the Top 8 and, ultimately, on the U.S. World Magic Cup team. The first and second place players from this weekend's competition will earn a place alongside team captain Reid Duke in Nice, France this December.

The Return of Nationals

This year marked the return of National Championships, the first since 2011. Back then, you could qualify for Nationals by earning an invitation or by making Top 8 of Regionals. There was also the opportunity to qualify by showing up on Friday and winning one of several last-chance single-elimination tournaments. These qualifiers were so notoriously grueling that, according to Pro Tour historian Brian David Marshall, they were known as meat grinders.

Back then, Nationals were a place for up-and-coming players to make their mark on the game, as a young Brad Nelson did ten years ago by going 7-0 in drafts.

10 years ago at #MTGNationals @fffreakmtg gave us a glimpse of all his coming success. https://t.co/TQ9NSBgOro

That hasn't changed, as the players at the top tables across both days were a mix of established pro players, longtime Grand Prix regulars, and fresh faces. This year, these players qualified for U.S. Nationals by accumulating at least 500 Planeswalker Points.

Among the players in Richmond this weekend was 2011 U.S. National Champion Ali Aintrazi, who won the 2011 tournament playing blue-black control, a deck he developed to beat the consensus best, and most played, deck in the format, Cawblade.

Congratulations Around the World

The tournament here in Richmond was one of many Magic Nationals happening around the world this weekend. As the World Magic Cup draws closer, teams are eager to set their rosters for the banner event taking place in Nice, France this December. It's the last weekend for national championships, and players in Spain, New Zealand, Canada, and Brazil, among others, have been battling for a place on their country's team.

Our great team for this years' WMC. You guys can start to pratice now to join us in the top8 there. #MTGNationals pic.twitter.com/2lNmGUHYt3

While last seasons favorites like Temur Energy and Ramunap Red still showed up, with Temur Energy being a favorite pick amongst pro players, a handful of new decks made an appearance this weekend, some of them cutting a path all the way to the Top 8.

The most abundant new deck was Esper Tokens, a synergistic deck that made use of the interaction between cards like Hidden Stockpile, Anointer Priest, and Anointed Procession. The abundance of Esper Tokens lists sometimes made for some long and math-intensive games.

(Corbin) The Abzan Token mirror can get... a bit out of control. pic.twitter.com/e2PIGfOz1m

Esper wasn't the only flavor of tokens making an appearance in Richmond, as Drew Bates, among others, played an Abzan variation on the same deck. Abzan Tokens was particularly successful in New Zealand, where two copies made the Top 8, and Bates made the Top 8 in Virginia as well.

With the Pro Tour in a few short weeks, players around the world who are headed to Albuquerque next month will be keeping their eyes on this still-evolving metagame, as decks like Mardu Vehicles and Sultai Energy also made the Top 8.

Yes, that works the way you hope it does

That's the most important thing to let players know about Adam Bialkowski's Red-White Approach deck featuring four copies of Sunbird's Invocation. Yes, if you cast an Approach of the Second Sun with a Sunbird's Invocation in play and reveal a second copy, you do win the game.

1 Oketra the True 1 Angel of Sanctions

3 Approach of the Second Sun 3 Fumigate

Bialkowski's unique Approach to Standard led him to a tenth-place finish overall.

"What the heck is a bestiary?"

That was the question put forth by Gerry Thompson after Round 11.

Thompson, on Temur Energy, had just won the second and deciding game over Collins Mullen, piloting Esper Tokens, thanks to the artifact from Kaladesh. Lifecrafter's Bestiary had helped Thompson put creature after creature onto the battlefield, eventually overpowering Mullen's tokens. It also made sure that he had countermagic in hand when Mullen tried to cast spells that would have swung the game in his favor, like Regal Caracal or Fumigate.

The answer, apparently, is that a bestiary is what you need to make it into the Top 8.

While they'd already secured their spots on the US World Magic Cup team, finalists Gerry Thompson and Oliver Tomajko still had one final battle before them: determining who would walk away with the title of U.S. National Champion, the first in six years. Thompson won PT Amonkhet earlier this year, while Tomajko was in the Top 8 of GP Portland last year.

Thompson, piloting Temur Energy, defeated Abzan Tokens and Mardu Vehicles on his way through the Top 8. Tomajko, on Blue-Black Control, took down a copy of Temur Energy, followed by White-Blue Approach.

In game one, Thompson couldn't develop enough of a board through Tomajko's countermagic, and Tomajko finished a fairly fast game with three Torrential Gearhulks. In game two, Tomajko was stuck on four lands late into the game, and while he dealt with Thompson's early threats his mana shortage eventually caught up with him and he lost to a pair of Rogue Refiners and thopters. Tomajko took game three by landing a copy of The Scarab God with Disallow back-up and a Torrential Gearhulk in his graveyard. 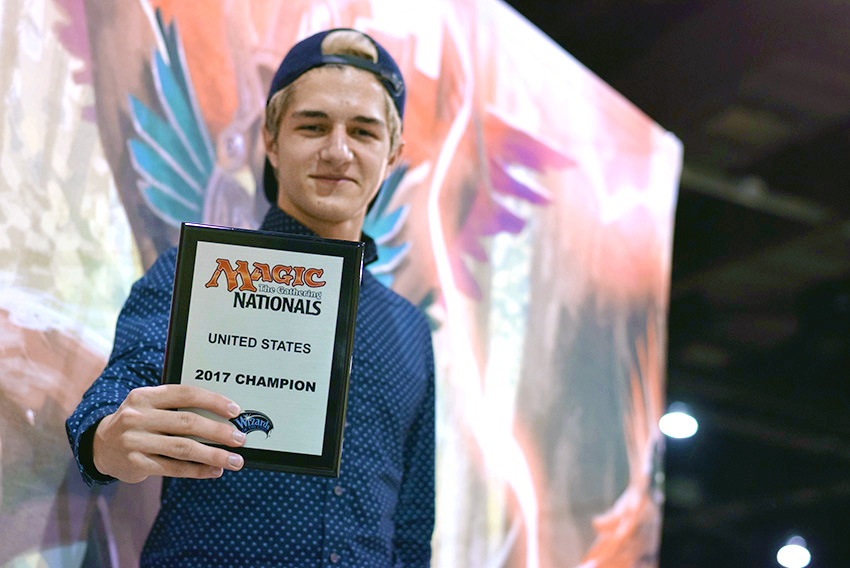 The Stage is Set for the World Magic Cup 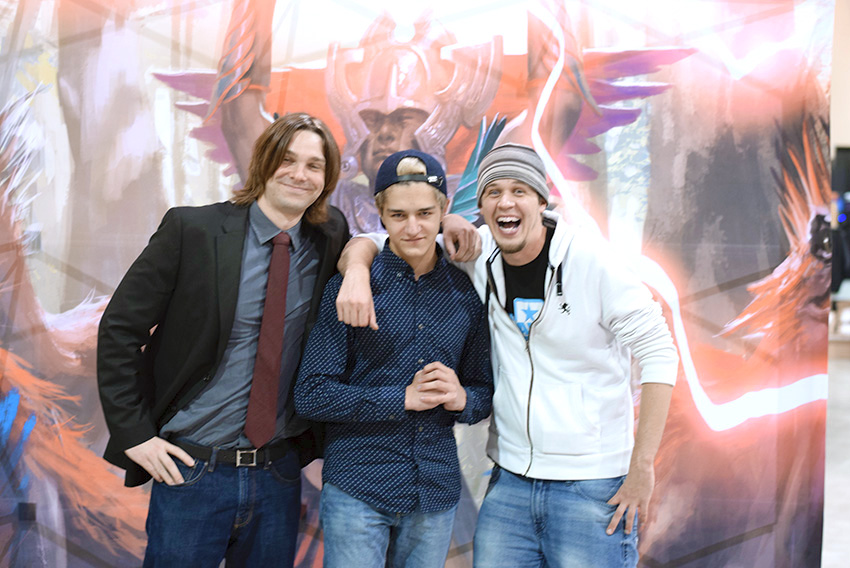 Congratulations to all of this weekend's players, and good luck to the US National Team!