Team Panamá Back for More

During the World Magic Cup a year ago, Jaime Soriano Salazar didn't miss a second of the broadcast. His local game store was open late—well into the early hours of the morning—and he was there for it all. His home country had never advanced to Day Two of the World Magic Cup, and when the new Magic player saw that his team was alive for the second day of competition with a shot at the Top 8, well, that was something worth staying up to watch.

Salazar saw it all. He saw his countrymen celebrate advancing to the second stage of competition. He saw them defeat Italy to complete an improbable Top 8 run. He saw the change it brought back in Panamá, where players crowded into the store to watch the team compete. He saw the national team return home as heroes and revitalize Magic in the tiny tropical paradise.

A year later, the World Magic Cup is back, and Salazar is too. Round 1 began with Salazar sitting across from the United States national team, featuring Oliver Tamajko, Pro Tour Amonkhet winner Gerry Thompson, and the world's second-ranked player Reid Duke.

What a difference a year makes.

"I've never even played a tournament bigger than Friday Night Magic," Salazar marveled after his team squared off against one of the favorites to win the entire tournament. "And then I get here and that's who we play. Can you imagine that? All we could do was laugh when we saw the pairings." 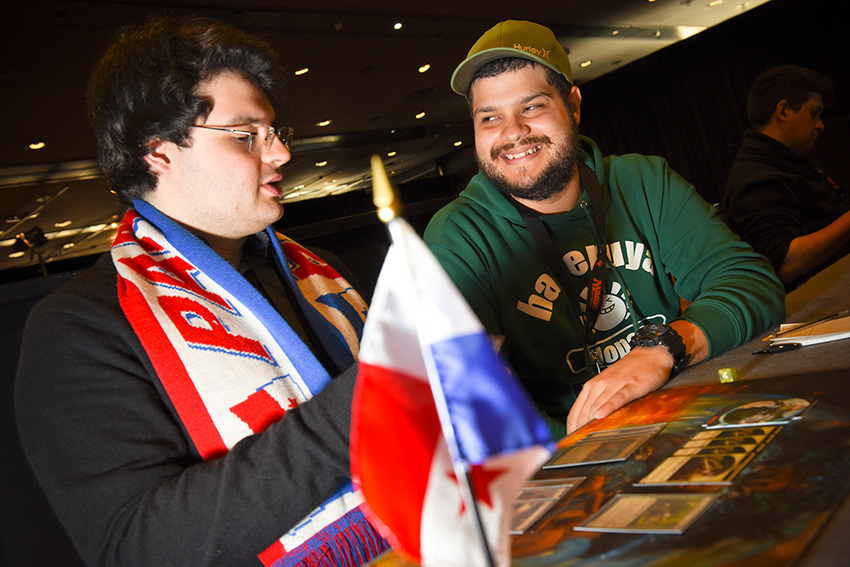 Salazar joined Panamá World Magic Cup regulars Manuel Succari and Saul Alvarado—both veterans of last year's Top 8 run—in Nice, France for the tournament that brings together 73 countries from across the globe, and his first experience with premier-level competition was as tough as it could get. If Salazar couldn't imagine playing against the United States, it's safe to say he never dreamed of actually defeating the Americans.

Except that's exactly what Panamá did, beating the U.S. after a tense deciding game between Succari and Thompson. And then they followed it up by defeating the Philippines, led by another Pro Tour champion in Mike Hron. Just like that, Panamá was 2-0 and back on track to make another deep World Magic Cup run.

"Before last year, our team had not only never made Day Two, but two years ago they finished last," Alvarado lamented. "I was very, very sad, but last year when we made the Top 8, everyone was happy and excited, eager to play. And not just Panamá, we have a lot of friends in other Latin American countries, and whenever any of us does well, the energy in Latin America goes up. Now they know it is possible, even if you do have to play against teams like the United States or Brazil."

With Pro Tour regular Succari and World Magic Cup veteran Alvarado on the squad along with the ahead-of-schedule Salazar—who started playing Magic just two years ago—confidence was high for the representatives of the country of nearly four million. Coordinating three people's schedules can be difficult, and testing wasn't easy with work schedules that regularly stretched deep into the night. However, national pride can go a long way, and the trio clearly has something going for them.

Will that be enough for a repeat run to the Top 8? Time will tell, but Panamá is off to a great start and has the backing of an entire region cheering them on, and you can be sure Salazar is enjoying the ride.

"Yeah, I guess I could use to this," he laughed, a slow grin spreading across his face. 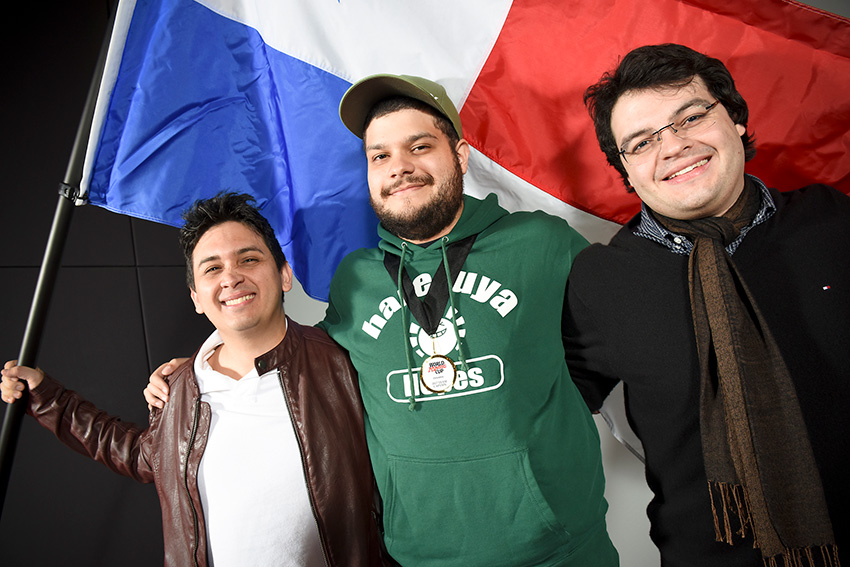