That's because it's the only tournament in Magic where you're playing for your country. With the return of Nationals this year, the World Magic Cup stands out as the premier destination for players looking to celebrate their country through playing Magic. The fact that the majority of competitors from the 73 countries represented aren't Pro Tour veterans adds to the uniqueness of the tournament, and nothing exemplifies the best parts of the World Magic Cup more than the Spirit Award, given annually to the three teams that most creatively show their national pride.

And the three teams that earned the honor this year are perfect examples of just how fun even a highly competitive Magic tournament can be. 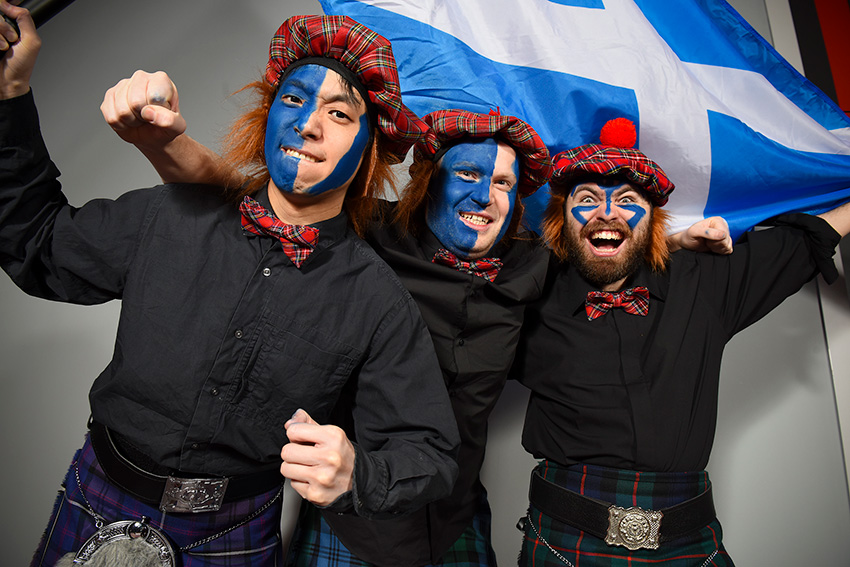 "We didn't go full Braveheart, but I'd say we're 70 or 80 percent of the way there," Stephen Murray laughed as his stood by his teammates adorned in a traditional Scottish kilt and easily recognizable jimmy hats. "Before people would ask what team they're playing against, but today it's pretty obvious."

Dressed as though they just wrapped a shoot for the famous movie depicting part of the Scottish fight for #FREEDOM, Scotland has made plenty of teams take notice at the World Magic Cup, as they jumped out to a quick 3-1 record.

The idea began a few years ago with kilts, and it took a while for everyone to get on board, but with World Magic Cup regulars Murray and Bradley Barclay joined by Duncan Tang, Team Scotland came to France with full support. The results speak for themselves. 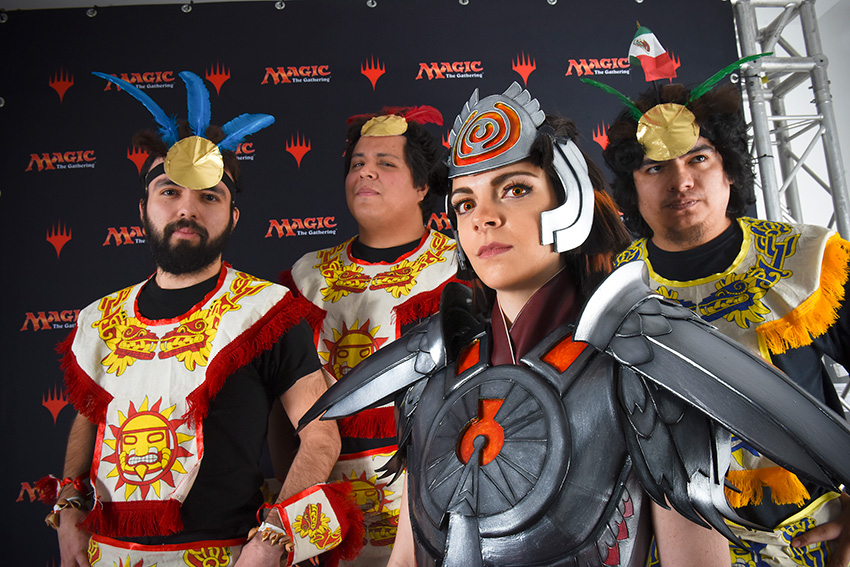 Winners of the Spirit Award a year ago—when they came ready with sombreros and luchador masks—Team Mexico is no stranger in showing off their national pride. This year the trio—Marcelino Freeman, Emmanuel Ramirez Sanchez and Jose Daniel Garcia Rosas—outdid themselves with a little Magic-related flavor.

"We're in Ixalan right now, and it's based off Aztec history, so of course we had to recognize that," Freeman explained shortly after the group posed with the conveniently visiting Huatli for a photo shoot. "There are a lot of different representations from Mexico that we could do, but this one fit so perfectly we had to do it this way."

And everyone involved—and back home—is having fun with it.

"Sure, they're making fun of us back in Mexico, but they're proud too," Sanchez added. 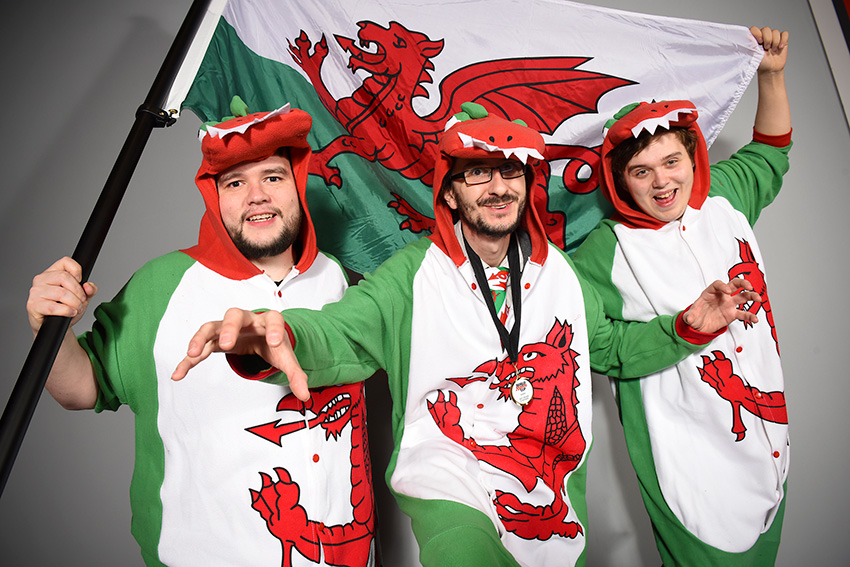 While some countries have plenty of options to choose from to celebrate their country, Wales faced a bit more of a struggle. For the small country located in the southwest of Great Britain, there's not necessarily any easy go-to tropes from back home for Philip Griffiths, Aaron Boyhan and Sam Rolph to display.

"Then Philip said, 'how about we just go with the flag?'" Boyhan recalled. "And we just rocked it from there."

They sure did, and three full-length Dragon onesies later, the team had earned itself Spirit Award honors at the World Magic Cup. "To be honest, I've never felt so silly in my life. We were walking down the street and random French people were chatting to us laughing, and we couldn't understand anything they were saying. But hey, our opponents have been underestimating us and we went 4-0, so I'd say it's working."

It may be silly and scratchy and warm, but we're all glad that Team Wales decided to rock the Dragon. It's the perfect illustration of what makes the World Magic Cup so special, and it's a great way to start the tournament.