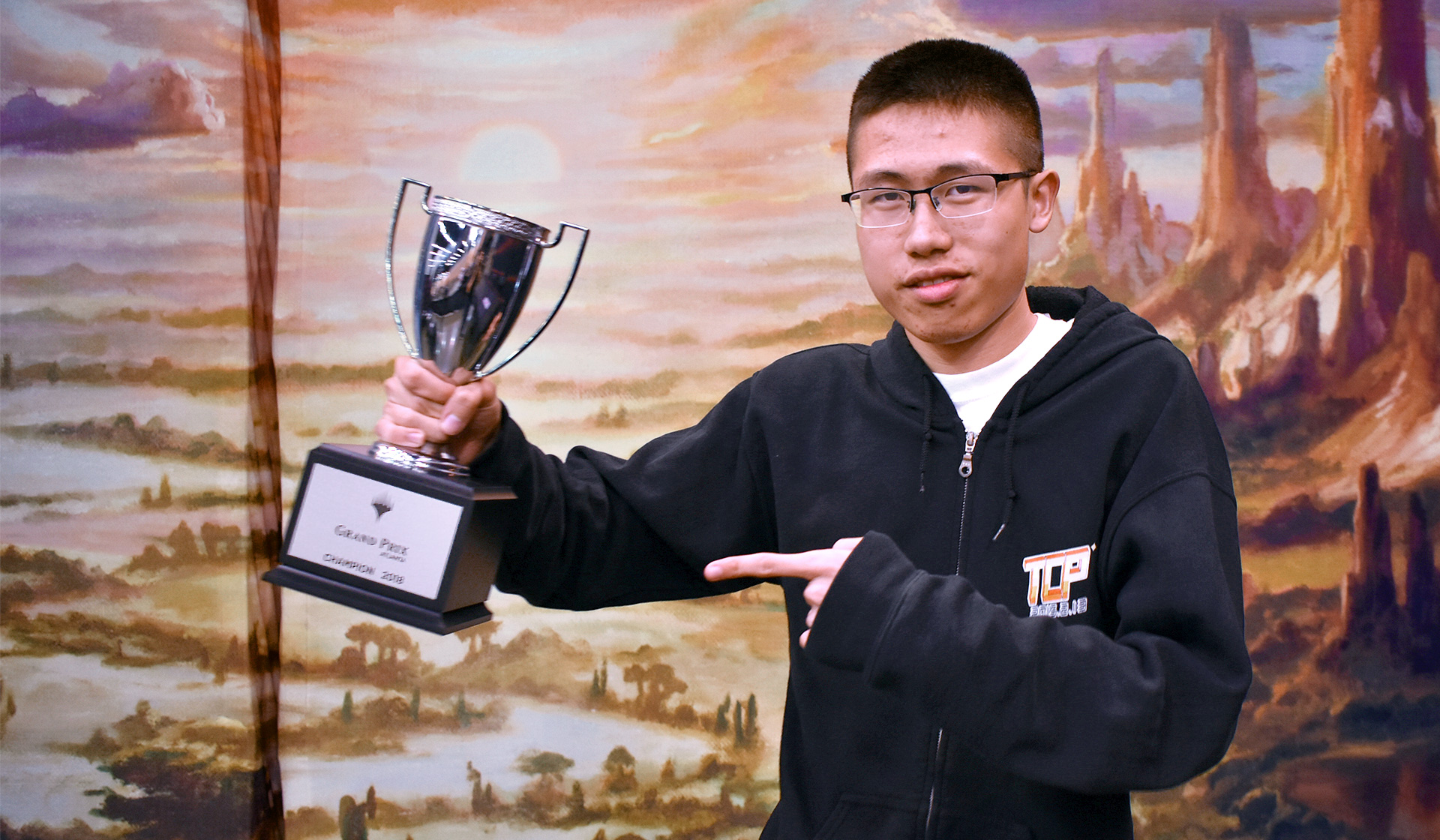 The hashtag for Grand Prix Atlanta is #GPATL. Join the conversation.

Make it two in a row for Bant Spirits. The deck has taken off in recent months, and no one played it better this weekend than Peiyuan Zheng, who fought his way through a stacked Top 8 lineup and persevered through some tight spots.

Nothing came easy today for Zheng, but his determined performance – and some timely Spell Quellers – helped him see his way through a field of diverse matchups. In the Top 8 alone, he knocked off Yoshihiko Ikawa’s Tron in the quarterfinals before running into the Hardened Scaled buzzsaw that had been European pro Christoffer Larsen. It took a game-three victory by the narrowest of margins to make the finals, but Zheng was up to the challenge. Once there, he took out Piotr Glowgoski’s Krark-Clan Ironworks combo deck in consecutive games to earn the trophy and cement his place at the top of the Modern metagame, for this weekend at least. It was the perfect culmination to a tournament that saw more than 1,500 competitors travel to Atlanta, and the perfect lead-in to Pro Tour Guilds of Ravnica next weekend.

Congrats to Zheng, the champion of Grand Prix Atlanta!

This weekend marked the first Modern Grand Prix since the release of Guilds of Ravnica. Earlier this morning, 1,553 main event competitors arrived at the Cobb Galeria Centre in Atlanta with their...

After 15 hard-fought rounds of Modern, with a total of 1,545 others eliminated, only eight players remained in the running. Their Top 8 performance came with invitations and airfare to Pro Tour...

In a format as diverse as Modern, it's truly anyone's game - and there are the eight players who rose above the field with their chosen decks: Two Krark-Clan Ironworks combo decks, Bridgevine,...

Just missing the Top 8 were these players, who took their decks to the Top 32 of Grand Prix Atlanta. ...

Earlier this morning, 1,553 players arrived at the Cobb Galeria Centre in Atlanta to show off their Modern skills and decks. After eight rounds of Swiss, 317 of them have made the cut for Day 2, including twelve players at 8-0:Marcelino Freeman, Martin Jůza, Goncalo Pinto, Michael Bonde, Yam Wing Chun, Caleb Scherer, James Baggett, Thomas Lee, Thiago Rodrigues, Jacob Ballington, Sol Malka, and Florian Trotte.

For tomorrow, all competitors effectively get an extra hour of sleep, as Daylight Savings time ends tonight in Atlanta. Tune back to the livestream tomorrow at 9 a.m. local time (ET)—thats 6 a.m. PT/2 p.m. UTC—for seven more rounds of Swiss and the Top 8 of Grand Prix Atlanta 2018!

This weekend marked the first Modern Grand Prix since the release of Guilds of Ravnica. Earlier this morning, 1,553 main event competitors arrived at the Cobb Galeria Centre in Atlanta with their...