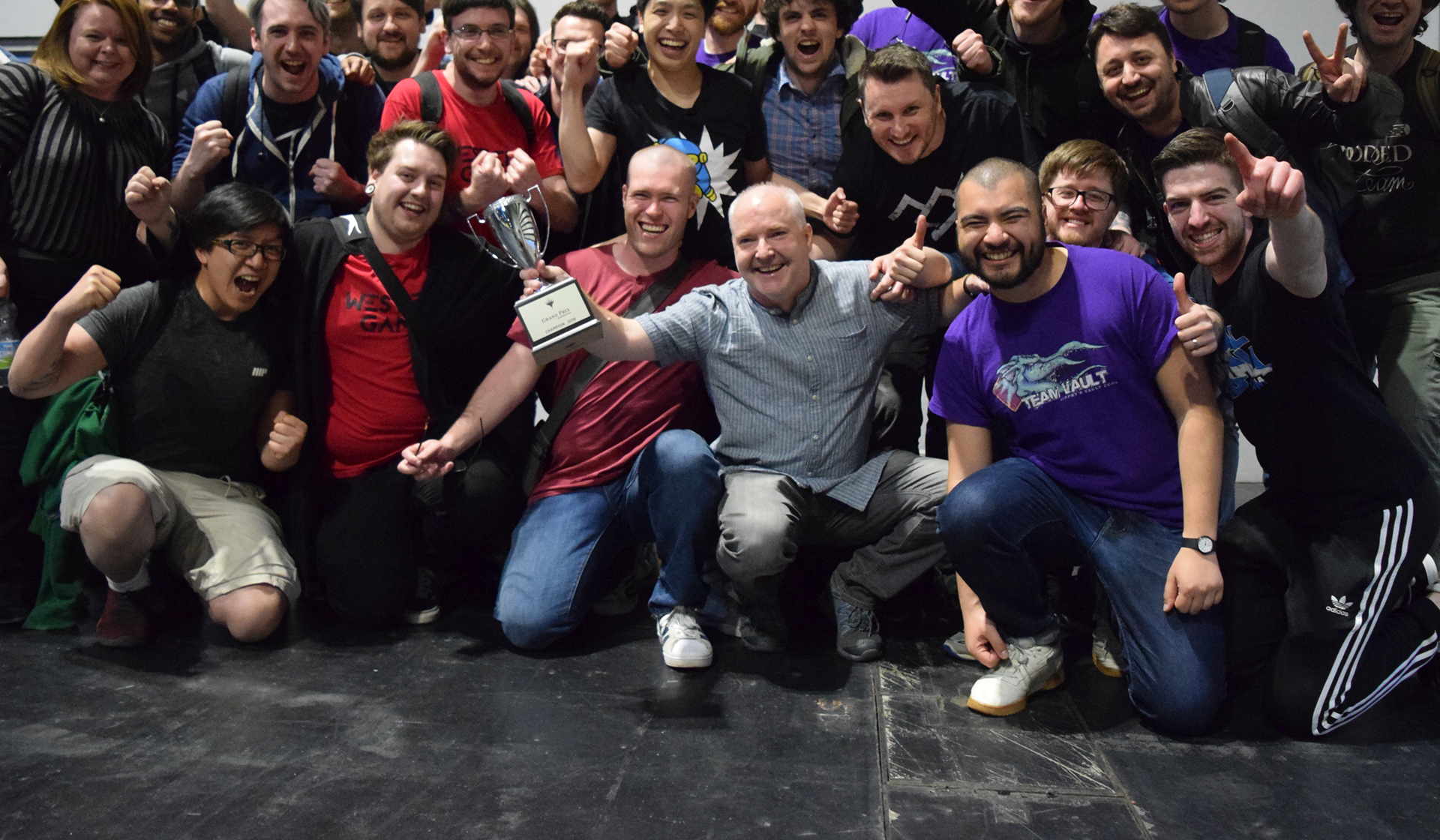 A 2-0 victory over Poland's top pro Grzegorz Kowalski led to one of the most emotional triumphs ever, as Scotland's Gary Campbell claimed the title of champion of Grand Prix Birmingham 2018 (Legacy) after 25 years of playing Magic!

1,200 players had entered the first of the weekend's two GPs in Birmingham. 220 of them made it to the second day. In the end, it all came down to two players facing off in the feature match area …

Top pro Grzegorz Kowalski was running the consensus best deck, Grixis Delver, and even found space for the Forked Bolt which had been instrumental in his victory at Grand Prix Lyon just three months prior. Still he stood no chance against Gary Campbell. Campbell had brought Red Prison to the table, a deck which was all about exploiting Delver's weaknesses: its lack of basic lands coming costly against Blood Moon, its reliance on 1 mana spells a liability versus Chalice of the Void.

No less important was that Campbell had the support of what seemed to be the entirety of the UK's Magic community. He had been a central figure especially of the Scottish scene for 25 years, from Prerelease to Pro Tours, and huge crowds gathered to watch his Top 8 matches. When Kowalski conceded the finals to Campbell, his fans went wild. There were cheers and tears, handshakes and hugs, and displays of emotion to warm the hearts of even the most cynical observer.

Congratulations to Gary Campbell, Legacy champion of Grand Prix Birmingham 2018, leaving a lasting legacy for the history books of Magic!

After fifteen rounds of Legacy, with a total of 1,192 others eliminated, only eight players remained in the running for the fame and the fortune, the title and the trophy. Find out more about...

After fifteen rounds of Legacy, with a total of 1,192 others eliminated, only eight players remained in the running for the fame and the fortune, the title and the trophy. Check out these players'...

The Top 8 featured one Dredge, one Mono-Red Prison, and one Steel Stompy. Other than that, though, it was full of Forces, Brainstorms, Delvers, with a couple of Leovold, Emissary of Trest and...

At the end of the first day, only eight of the original 1,200 players remained with a perfect record of 8-0 still intact: Sebastian Finkes, Johan De Gruyter, Grzegorz Kowalski, Andrea Cibak, Lukas...

1,200 players had come to Birmingham for the Legacy part of this double-GP weekend. After eight rounds, 220 of them qualified for the second day's competition, led by eight players with a perfect record of 8-0: Sebastian Finkes, Johan De Gruyter, Grzegorz Kowalski, Andrea Cibak, Lukas Muller, Grant Fishman, Guillem Salvador Arnal, and Sergio Ferrer Rozalen.

The decks these eight had chosen were Czech Pile, Elves, Mono-Red Prison, Steel Stompy, and … four times Grixis Delver. It was going to be interesting to see whether or not Delver of Secrets would continue to put up such great results tomorrow.

Tune back in for Day 2 of Legacy (beginning at 9:30 a.m. local time, unlike previously communicated) and have a good night until then!

The UK is having an uncharacteristic early May. It's cooled down from the scorching hot bank holiday weekend we had last week, but it does seem like we skipped spring and went straight from winter...

The weekend, like every Grand Prix weekend, began with Trials. These tournaments offered players the final chance to earn byes for the main events, as well as the last opportunity to test their...

Grand Prix Birmingham 2018 Fact Sheet by Wizards of the Coast