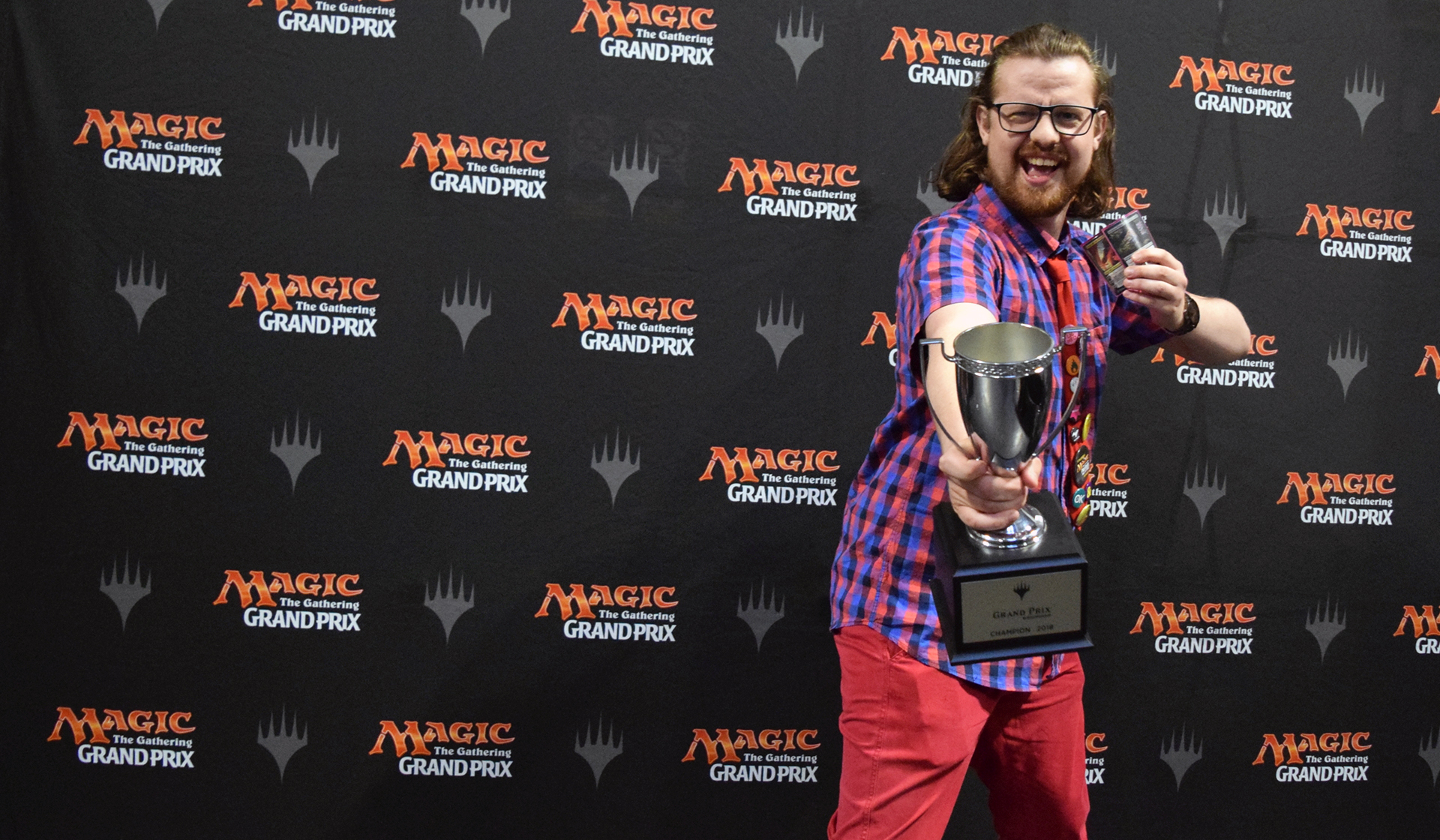 Piloting the most successful deck of the weekend, Black-Red Vehicles, Simon Nielsen defeated all comers, including Leo Lahonen in the finals, to become champion of Grand Prix Birmingham 2018 (Standard)!

1,169 players on Saturday and 237 players on Sunday got in a lot of matches of Standard this weekend. Constructs were being constructed, Chainwhirlers were whirling their chains, Steel Leaf Champions were championing the rise of Mostly-Green Stompy, the Cabal Stronghold was trying to establish a particularly strong hold on the format, and there were various incarnations of Karn out and about.

The exploration of the new format led to several solid insights. Most importantly, Black-Red Vehicles established itself as the early frontrunner, taking up six of the Top 8 spots. Once we got to the playoffs, we also learned that White-Blue Control was great at beating the deck. Leo Lahonen's white-blue almost defeated three black-red in a row. In the end, though, Lahonen stood no chance against Simon Nielsen, who was obviously destined for great things.

Funnily enough, it didn't look to be a good day for Nielsen in the morning, as he overslept and missed his first round of the day. When Nielsen finally arrived on the scene, however, he never lost another match! In another ironic turn, Heartless Pillage, the sideboard card that, according to Nielsen, had been "excessively medium" so far became crucial in the finals. By the time he posed for the winner photo, Heartless Pillage had become near and dear to his heart, and had to be included.

Congratulations to Simon Nielsen who went from sleeping in to a dream come true!

How could Sunday possibly top Saturday? If you haven't already seen it, I heartily recommend checking out the video coverage of the Legacy Grand Prix Top 8. There was drama, emotion and a lot of...

After fifteen rounds of Standard, with a total of 1,161 others eliminated, only eight players remained in the running for the fame and the fortune, the title and the trophy. Find out more about...

After fifteen rounds of Standard, with a total of 1,161 others eliminated, only eight players remained in the running for the fame and the fortune, the title and the trophy. Check out these...

Looking at this brand new Standard format, we thought people might appreciate some additional data points, beyond all these Black-Red Vehicles. So we decided to get you the full Top 32 decklists....

At the end of the first day, only nine of the original 1,169 players remained with a perfect record of 8-0 still intact: Mario Rodenas Lopez, Ashley Baden, Klaas Gruber, Sean Lynch, Alexander...

For Europe's first double-GP weekend, people had come from near and far, from all over the continent and beyond, even from far away places like Japan and the United States. 1,169 Standard players entered the fray in total, but the first eight rounds reduced that number to a mere 237. Of them, nine reached a perfect record of 8-0: Mario Rodenas Lopez, Ashley Baden, Klaas Gruber, Sean Lynch, Alexander Hugill, Marco Del Pivo, Mark McGovern, Davide Cappiello, and Goncalo Pinto.

They would have a head start over the competition tomorrow, but said competition was not be underestimated. It included, among others, GP champions Martin Jůza, Petr Sochůrek, Jean-Emmanuel Depraz, and Charles Eliatamby—and that's just looking at places 12 through 15! (The players in 10th and 11th place after eight rounds could only boast a GP Top 8 appearance so far.)

With a cast of luminaries such as these, and a brand new format to boot, Day 2 was sure to be a blast. Tune in then and watch all the action live, straight from ground zero of the new (and, by all accounts, improved) Standard!

The weekend, like every Grand Prix weekend, began with Trials. These tournaments offered players the final chance to earn byes for the main events, as well as the last opportunity to test their...

Grand Prix Birmingham 2018 Fact Sheet by Wizards of the Coast