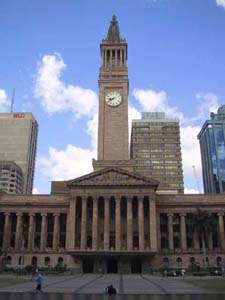 It was to be another trans-tasman struggle between Australia and New Zealand for the title of Grand Prix Brisbane winner, with Melbourne's Richard Johnston squaring off against New Zealand's Roger Miller. Miller was packing a black/blue Atog deck whilst Johnston had drafted a blue/white control deck. In the end control prevailed over the Atogs, giving Australia revenge for New Zealands victory at GP Sydney 2000. Congratulations to 15-year-old Richard Johnston, Grand Prix Brisbane Champion.

Question Four: What do you enjoy the most about Grand Prix?