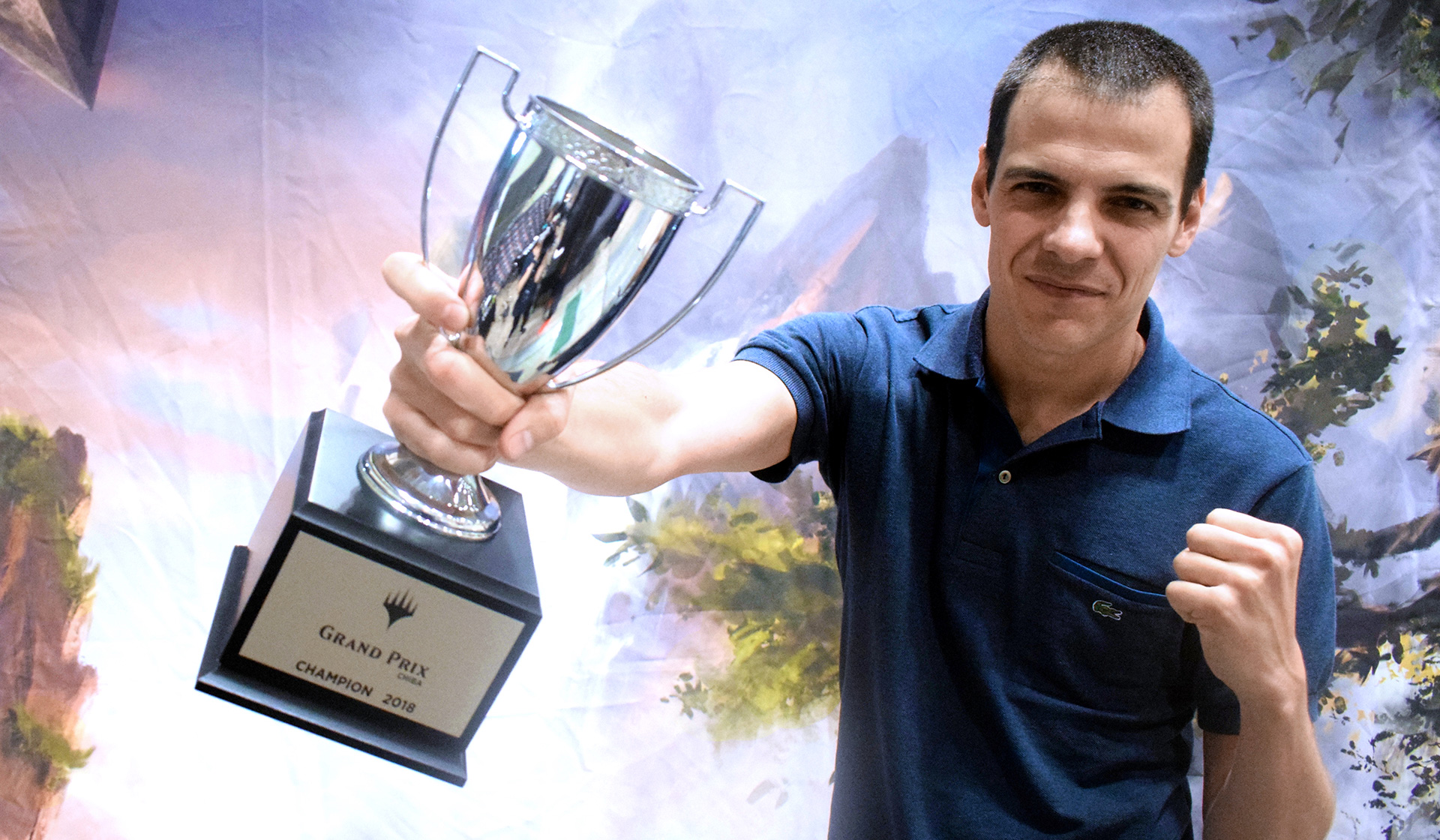 Guillem Salvador Arnal not only earned himself a title in his first Top 8, but he also became the first Spanish player to win a Japanese Grand Prix, and he did so without dropping a game in the playoffs!

THE HASHTAG FOR GRAND PRIX CHIBA IS #GPCHIBA. JOIN THE CONVERSATION.

2,471 challengers arrived in Chiba, but at the end of eighteen rounds, only one stood tall. Guillem Salvador Arnal not only earned himself a Grand Prix title in his first Grand Prix Top 8, but he also became the first Spanish player ever to win a Japanese Grand Prix! To make things even more impressive, he did so by going 6-0 in the Top 8, sweeping things up with a perfect record!

Ousting out the competition with his Red-White deck, he had to get past Chen Yang in the quarterfinals and Ryohei Kobayashi in the semifinals, before defeating three-time Grand Prix Top 8 competitor Keita Kawasaki in the finals to clinch the trophy.

Rounding off the Top 8 were semifinalist Zhi Yimin - playing in his third Top 8 - as well as quarterfinalists Genta Hagiwara, Kabuki Yashiro, and Naoya Nanba. Once again, hearty congratulations to Guillem Salvador Arnal for winning Grand Prix Chiba 2018 and making all of Spain very proud indeed!

This weekend we went to Chiba, to think about history, our country's, our game's, and our own. Join me as we celebrate the Magic's 25th Anniversary birthday with a final flourish as we crown a...

After fifteen rounds of Core Set 2019 Limited, the Top 8 players advanced to the playoffs. What did these players draft in the Top 8 of Grand Prix Chiba 2018? Let’s take a quick look at their...

Happy 66th! Wait a second, isn't this Magic's 25th birthday? What's up with 66? Grand Prix Chiba, was in fact, the 66th Grand Prix to take place in Japan throughout twenty-five years of Magic....

2471 players arrived at Grand Prix Chiba to partake in eight rounds of Core Set 2013 Sealed Deck. All players who scored 6-2 or better advanced to Round 9, where they played one additional round...

Today, 2,471 challengers converged in Chiba to also try their hand at Core Set 2019 Limited, their eyes set on the ultimate prize of a gleaming trophy for their mantle. Grand Prix Chiba also marked the final of five 25th Anniversary weekends, after circumnavigating the globe and making stops in Las Vegas, Singapore, São Paulo, and Barcelona.

Owing to the large tournament size, there was no margin for error if they wished to make the Top 8. Thanks for staying with us all day and we hope you’ll be back tomorrow as we crown a new Grand Prix champion!

Today, 2,471 challengers converged in Chiba to also try their hand at Core Set 2019 Limited, their eyes set on the ultimate prize of a gleaming trophy for their mantle. Grand Prix Chiba also...