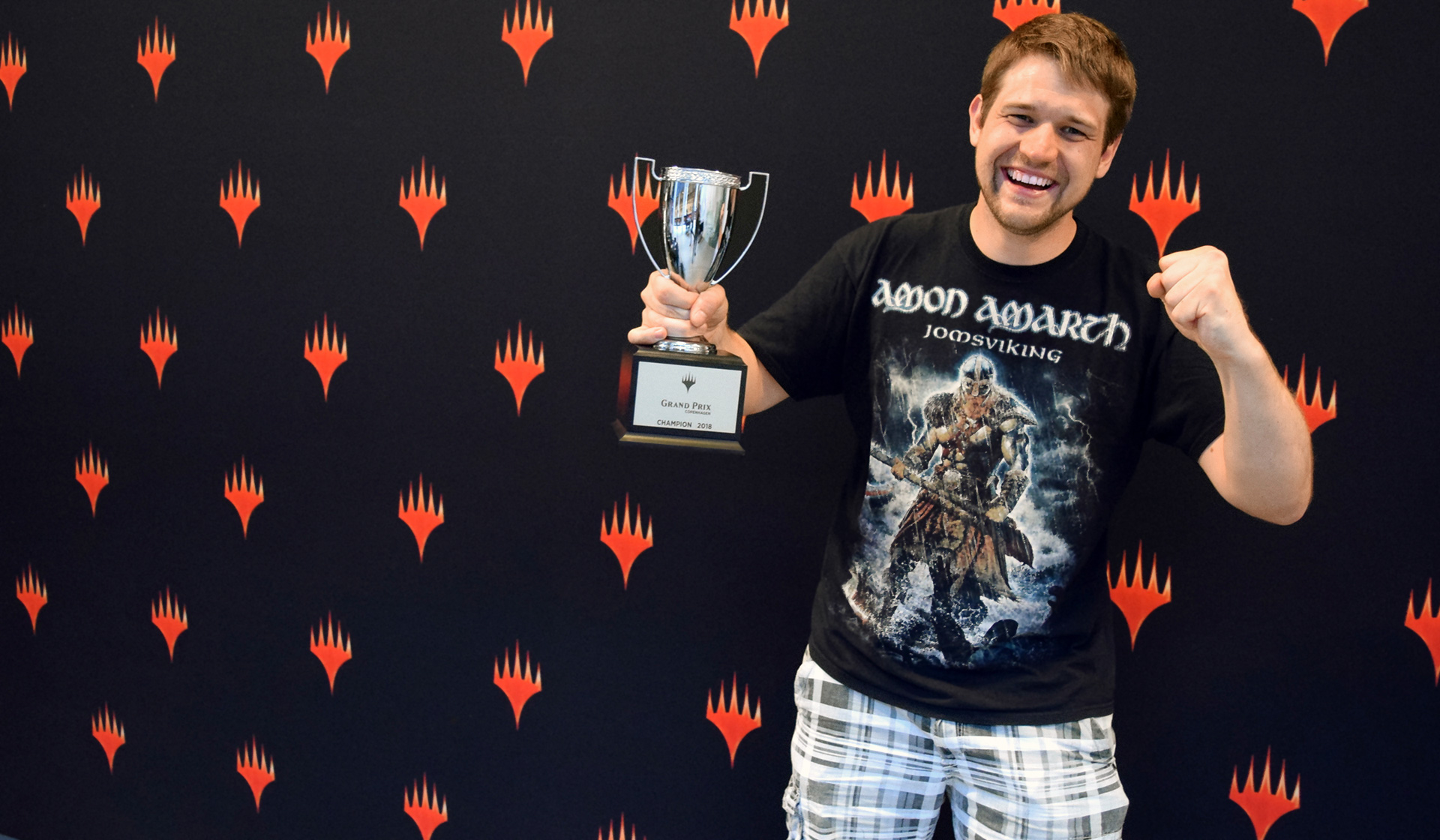 In a repeat of the previous week's PT finals, Tobias Maurer used his Mono-Red to defeat Francisco Sanchez's Red-Black in the finals of GP Copenhagen, claiming the title and trophy!

THE HASHTAG FOR GRAND PRIX COPENHAGEN IS #GPCOPEN. JOIN THE CONVERSATION.

With 753 players in total and 162 still fighting for points and position on the second day, Grand Prix Copenhagen added a lot of insight to the pool of knowledge regarding current Standard. For one thing, White-Blue Control cemented itself as the best nonred choice, putting pro players (10) Javier Dominguez and Martin Dang into the Top 8. Meanwhile, with his own Top 8 finish, Joakim Stahle-Nilsson's proved that Mono-Red didn't need to run Goblin Chainwhirler at all!

In the end, however, some things stayed the same. Deck-wise the finals was a repeat of the previous week's Pro Tour, with Mono-Red Aggro again squaring off against Red-Black Aggro. Results-wise it was a repeat as well, as Tobias Maurer used his mono-colored deck to run over Francisco Sanchez.

Earlier on Saturday morning, 753 players arrived in Copenhagen to play in the main event. In the end, in a finals reminiscent of last weekend's Pro Tour, Tobias Maurer emerged triumphant with...

After fifteen rounds of Standard, with a total of 745 others eliminated, only eight players remained in the running for the fame and the fortune, the title and the trophy. Find out more about...

After fifteen rounds of Standard, with a total of 745 others eliminated, only eight players remained in the running for the fame and the fortune, the title and the trophy. Check out these players'...

9th–16th Decks of Grand Prix Copenhagen 2018 This event's Top 8 featured six red decks, half of them with black, and two white-blue decks. The next eight decks in line gave us a little more of...

When the dust had settled at the end of the first day here at Grand Prix Copenhagen, only seven players had made it through with a perfect record of 8-0 still intact: Jakob Kirkebjerg, Christian...

Day 1 of Grand Prix Copenhagen had come and gone. It started with 753 players in the morning, but eight quick rounds of Standard cut the field down to a mere 162 in a blur of whirling chains.

Leading the charge into the second day were seven players at 8-0: Jakob Kirkebjerg, Christian Aahlstroem, Love Rask, (10) Javier Dominguez, Markku Anttila, Lukas Blohon, as well as Tobias Maurer. They would have a head start over the competition on Sunday, but said competition was not be underestimated. Just among the people at 7-1, one could find some fearsome opponents such as Martin Müller, Piotr Głogowski, Simon Nielsen, and Christoffer Larsen.