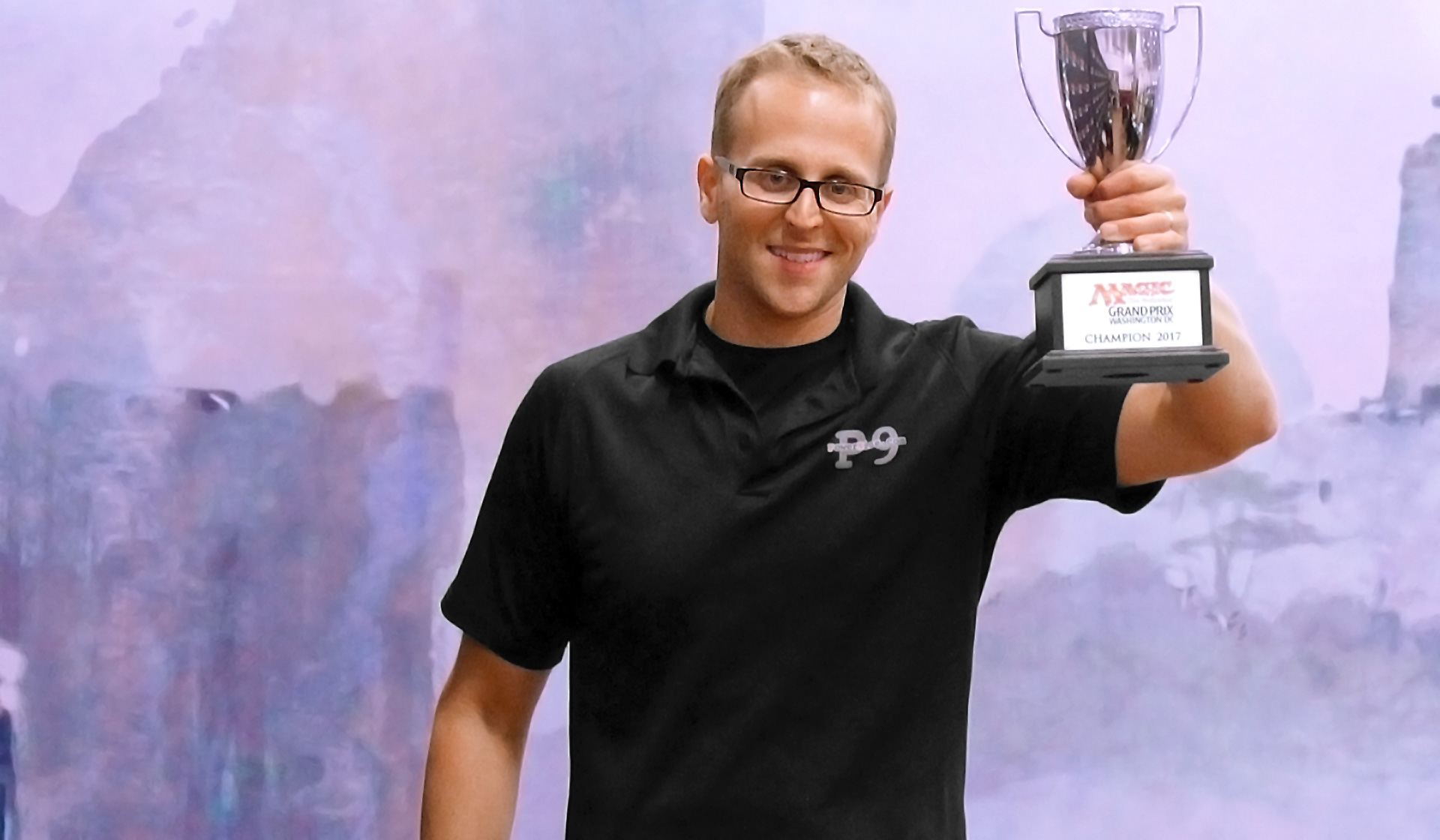 THE HASHTAG FOR GRAND PRIX WASHINGTON DC IS #GPDC. JOIN THE CONVERSATION.

It began with more than 1,500 players, but it ended with one. And that one was Matt Severa, who took Mardu Vehicles to his second Grand Prix victory in the last year.

This one was special for Severa. It came on his wife’s birthday, who encouraged him to play an important tournament. It paid off beautifully, with Severa driving through the Top 8 by knocking off Bolun Zhang in the quarterfinals and then Yuxuan Zhu in the semis before dispatching Collins Mullen and his innovative Green-White Ramp deck in the finals.

The tournament also featured the continuation of the incredible run from Corey Baumeister who made the Top 8 of his third Grand Prix in a row – though brother Brad Nelson wasn’t able to join him there this time. The semifinals appearance capped off an unheard run that cemented Baumeister as one of the best (relative) newcomers to the pro scene.

But the weekend belonged to Severa, who promised in a post-match interview that he would be sure to treat his wife to a nice dinner after the win. All’s well that ends well, and for Severa, it ended perfectly.

More than 1,500 players showed up to Washington D.C. to see off Standard. With Battle for Zendikar and Shadows Over Innistrad blocks set to rotate later this month as Ixalan enters the format, it...

After 15 grueling rounds of Standard competition, we arrived at a Top 8 that was a great mix of new and old cards. From the standby of Mardu Vehicles to the new Green-White Ramp deck, the Top 8 of...

The Top 8 decks get all the attention, but the real story of the tournament can be found by going a little deeper. Which is why we’ve compiled the Top 32 decklists from Grand Prix Washington...

The Top 8 is more than just a pile of cards. It's the players that piloted those decks and weathered the ebbs and flows of a two-day tournament. Here are the players who performed well enough this...

What a run. After a Top 4 performance at Grand Prix Denver, Corey Baumeister had no qualms switching from the Temur Energy deck that took that tournament by storm. Instead he sleeved up Mono-White Eldrazi at Grand Prix Washington D.C. and casually continued his streak, leading the pack at 9-0.

The Standard format is still evolving, and that was evidenced by the decks that found success on Saturday. Making appearance at the top tables were innovative decks including Green-White Ramp and new twists on Energy including Sultai and Red-Green.

What will rise to the top? Will Baumeister make it his third Top 8 in four events? Tune into Twitch.tv/Magic on Sunday to find out.

More than 1,500 players showed up to Washington D.C. to see off Standard. With Battle for Zendikar and Shadows Over Innistrad blocks set to rotate later this month as Ixalan enters the format....