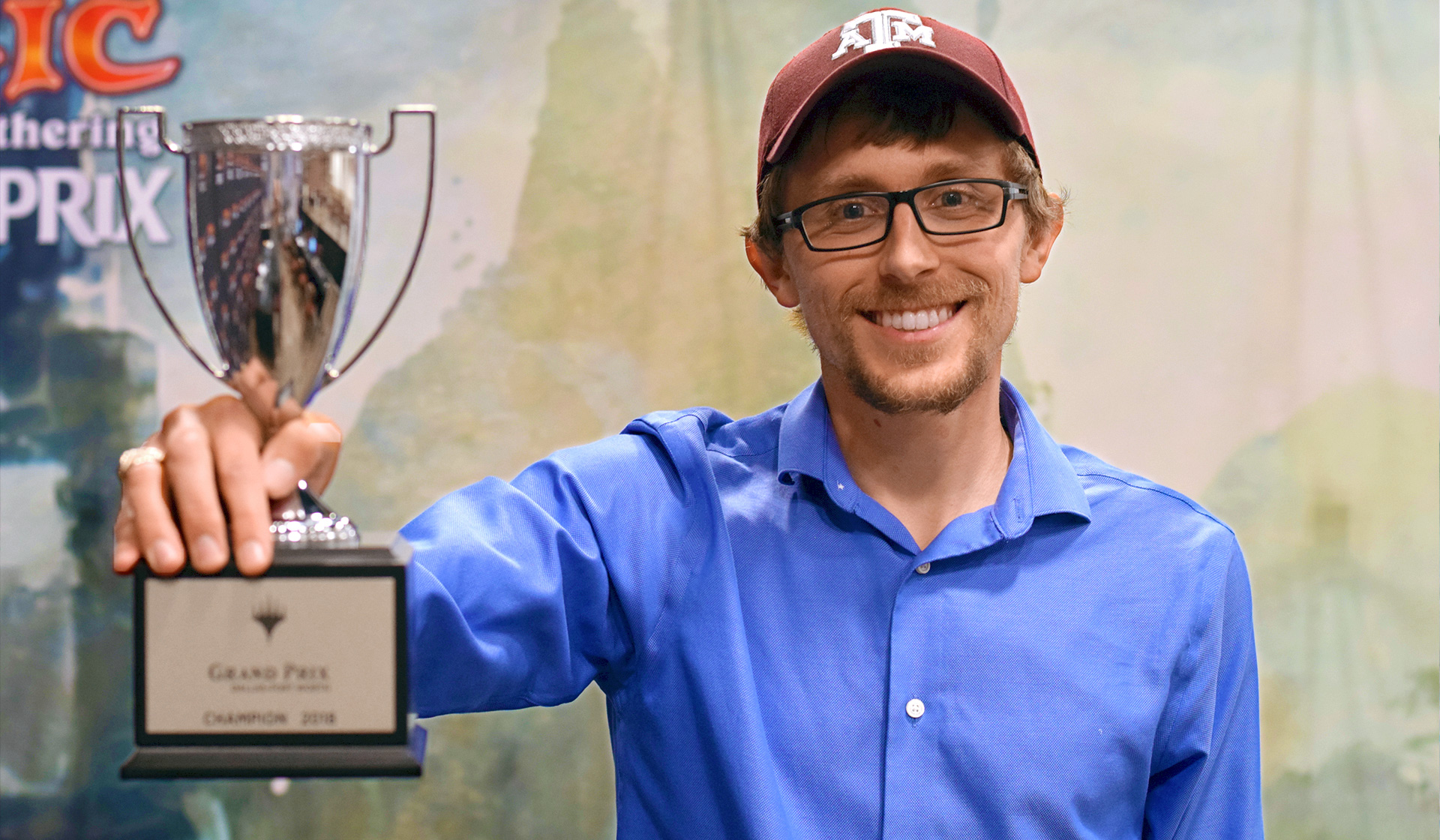 Abilene, Texas's Robert Brown—a professor by day—tried his hand at a Grand Prix, and is now 1-for-1 as he defeated Will Craddock 2-0 in the Finals with his Red-White Aggro deck headlined by History of Benalia.

THE HASHTAG FOR GRAND PRIX DALLAS IS #GPDFW. JOIN THE CONVERSATION.

It was a perfect Sunday morning in Texas, and not just because the weather is wonderful, not just because downtown Fort Worth is surprisingly stunning in the spring, but because DOMINARIA DRAFTS WERE FINALLY HERE.

Saturday, 1,043 players have gathered in the Fort Worth Convention Center to take an early trip through Dominaria. Sunday, 222 of those players returned to draft.Two drafts and six more round set the Top 8 – Aaron Rubin, José Daniel Garcia Rosas, Robert Brown, Vikram Kudva, Will Craddock, Matt Stankey, Andrew Elenbogen, and William Hahn moved on to the final Top 8 draft.

It was Robert Brown, an assistant professor of engineering at Abilene Christian University, who took down the entire tournament. Playing in his first ever Grand Prix, Brown cut a quick and clean path through the Top 8 with his red-white aggro deck that capitalized on headliner History of Benalia with a suite of other knights.

Congratulations to Robert Brown, your GP Dallas-Fort Worth champion!

Highlights of Grand Prix Dallas-Fort Worth 2018 by Meghan Wolff

After fifteen rounds, only eight players remained in the running for a Grand Prix title. Check out the decks they drafted in the Top 8! ...

After nine rounds of Sealed and two drafts, eight players topped the standings, ready to battle for the trophy in the GP Top 8. Congratulations to the GP DFW Top 8 competitors! Name: Aaron...

Over 1000 players have gathered in the Fort Worth Convention Center to take an early trip through Dominaria. With just a pair of Team Limited GPs and the Prerelease behind us, the format is still ripe for discovery and innovation. Powerful legendary creatures and synergy-focused uncommons can help players shape their Sealed pool. Capitalizing on removal and powerful creatures is the classic Sealed deck course of action, but that still looks different for every player and every pool.

Today, players battled through nine rounds of Sealed. After the eighth round, only those with a 6-2 record or better continued through the ninth. Tomorrow, they’ll return for a pair of drafts. The goal, as always, is to be one of the eight players that top the standings and move on to the Top 8 draft.

Join us tomorrow at twitch.tv/magic to catch the end of the action!

Over 1000 players have gathered in the Fort Worth Convention Center to take an early trip through Dominaria. With just a pair of Team Limited GPs and the Prerelease behind us, the format is still...