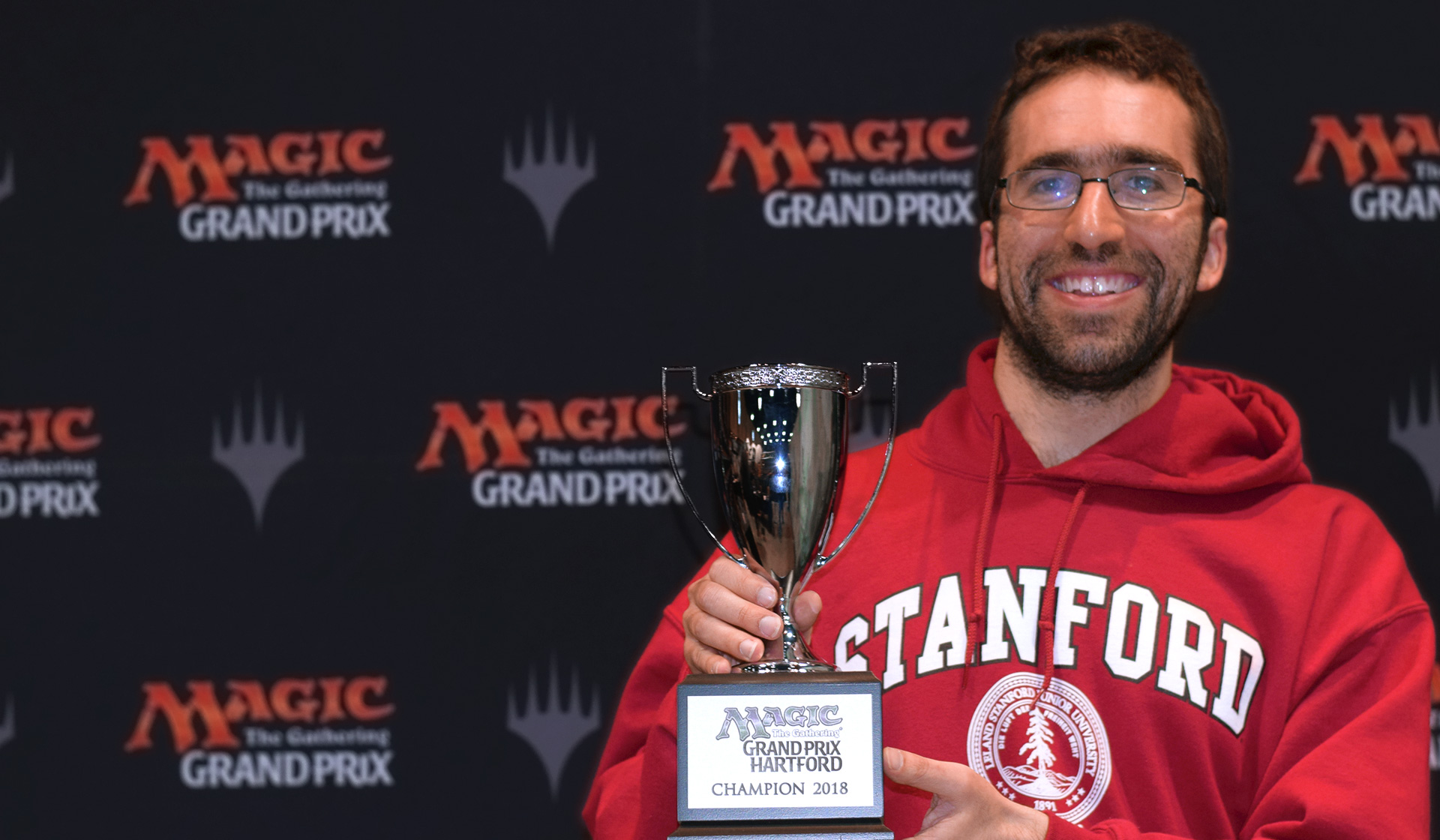 Matthew Nass put together all the pieces of Ironworks Combo, overcoming a Grand Prix Hartford field packed with the full range of Modern's decks.

THE HASHTAG FOR GRAND PRIX HARTFORD IS #GPHARTFORD. JOIN THE CONVERSATION.

Matt Nass made good. Just a few weeks after advancing to the Top 8 of Grand Prix Phoenix with the newly resurgent Krark-Clan Ironworks brew that he described as the best deck in Modern, Nass ran it back at Grand Prix Hartford, to even better results.

1,800 players competed in a sold-out event, packing the hall in Connecticut to slug it out in Magic’s most diverse format. It most certainly lived up to that reputation, with 65 unique archetypes making Day 2 and 15 different decks in the Top 16.

Bogles was the only repeat deck in that group, but it was Nass and Ironworks against Michael Mapson and Amulet Titan in the finals. The pair played a thrilling three-game set, with even the mighty Ruric Thar, the Unbowed making an appearance in the deciding game. But even Ruric Thar couldn’t stand up to the power of Scrap Trawler, and Nass was able to eventually power through the legend to combo off and crown himself the champion of Grand Prix Hartford.

It was a sold-out event in Hartford this weekend, as 1,800 players turned out to battle in Modern. One of Magic's most popular formats – largely for the huge diversity of viable deck archetypes...

Modern continued to showcase its diversity, with 7 archetypes making it into the Top 8. Three rounds will determine a victor from these selections. ...

Behind the seven unique archetypes in the Top 8 of Grand Prix Hartford are the players, from newcomers to veterans. Here are the eight players who advanced to the elimination rounds with a shot at...

1,800 players traveled to Hartford to test their mettle at Modern. Magic’s most diverse format – there were 65 unique archetypes we spotted on Saturday morning – always brings a crowd, and the format filled the convention center in Connecticut.

Several hundred of those competitors will be back on Sunday, with seven rounds left to play to determine the Top 8. As always, Modern continued to impress – and there were eight archetypes among the 13 undefeated players.

1,800 players traveled to Hartford to test their mettle at Modern. Magic's most diverse format – there were 65 unique archetypes we spotted on Saturday morning – always brings a crowd, and the...