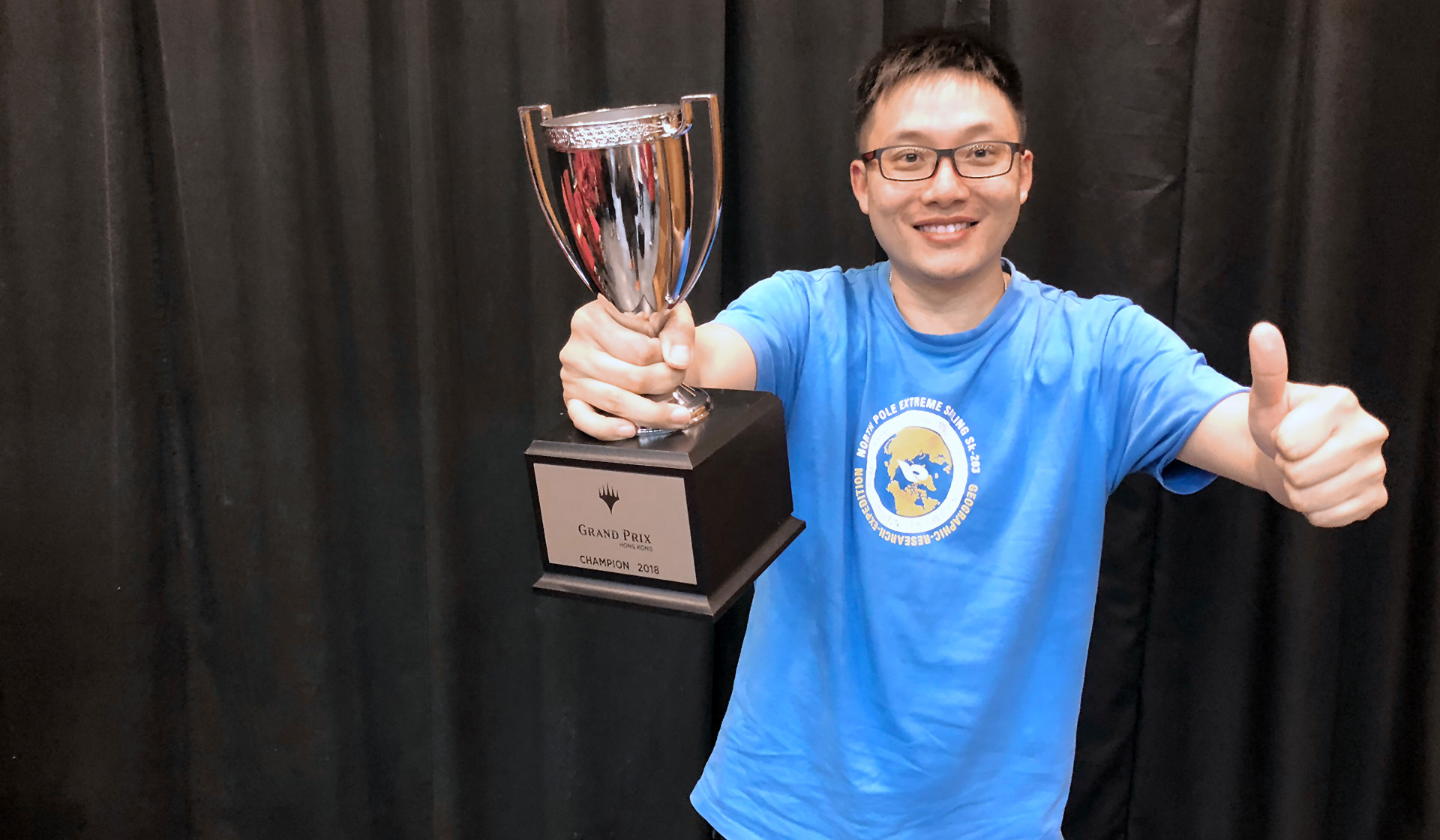 The hashtag for Grand Prix Hong Kong is #GPHK. Join the conversation.

After fifteen rounds of Swiss and three elimination rounds, we have our Grand Prix champion! Wielding the power of Urza's Tower, Urza's Power Plant, and Urza's Mine, Xu Fei of China steamrolled through the competition to come out on top.

To win his first Grand Prix title, he had to defeat Xu Siying in the quarterfinals, Quinton Lip in the semifinals, and then Takumi Utsunomiya in the finals. Rounding off the Top 8 were quarterfinalists Xiong Jian, Tan Lun Yi, Naonari Hoshide, and semifinalist Shota Takao -the most experienced player in the Top 8 with five Grand Prix Top 8s to his name.

After Grand Prix Hong Kong and Grand Prix Stockholm's conclusion, all eyes will be focused upon the World Championships in Las Vegas, as well as the arrival of Guilds of Ravnica which will impact multiple formats.

Just for now, we invite the world to congratulate Xu Fei for winning Grand Prix Hong Kong 2018! Good job for enduring the competition and for surviving the storm!

Grand Prix Hong Kong 2018 is finally in the books, and we've crowned a new Grand Prix champion. If you're interested to find out more, join us as we relive the most exciting storylines of the...

If you're wondering which archetypes made it to the Top 8, you've come to the right place! Without further ado, let's check out the Top 8 decks of Grand Prix Hong Kong 2018! Takumi Utsunomiya...

Only 8 players out of 908 remained standing after fifteen rounds of Swiss! Let's get to know them a little, and have them tell us about their amazing Modern weekend! Name: Takumi...

In any Grand Prix, there was bound to be some near misses. Interestingly, all these 8 players were the only 8 players to finish the tournament with 36 match points, an impressive 12-3...

After eight rounds of Modern action, the field of 908 was down to 170. Among those were five undefeated players, namely Shota Takao, Richie Robert Ong, Takumi Utsunomiya Takumi, Yuya Hosokawa, and Sui Xin.

Close behind at 7-1 were seasoned veterans from various countries, such as Han Bing from China, Jacob Hart from Australia, Albert Budisanjaya from Indonesia, Albertus Law from Singapore, Sukhum Kiwanont from Thailand, Raymond Tan from Malaysia, Kingston Tong from Hong Kong, Teruya Kakumae from Japan, and Kelvin Chew from Singapore.

While we can’t spill the beans on what they were playing, we will post the undefeated 8-0 decklists tomorrow. Along with those, we’ll also be featuring a couple of exciting decks as we play another seven more rounds. As we close up here, things are about to get started in Stockholm! Visit twitch.tv/magic if you’d like to watch some Modern matches!

As Asia's world city, Hong Kong has transformed into one of the most cosmopolitan cities in the world. This weekend, a total of 908 players took part in the main event, making this event one of...