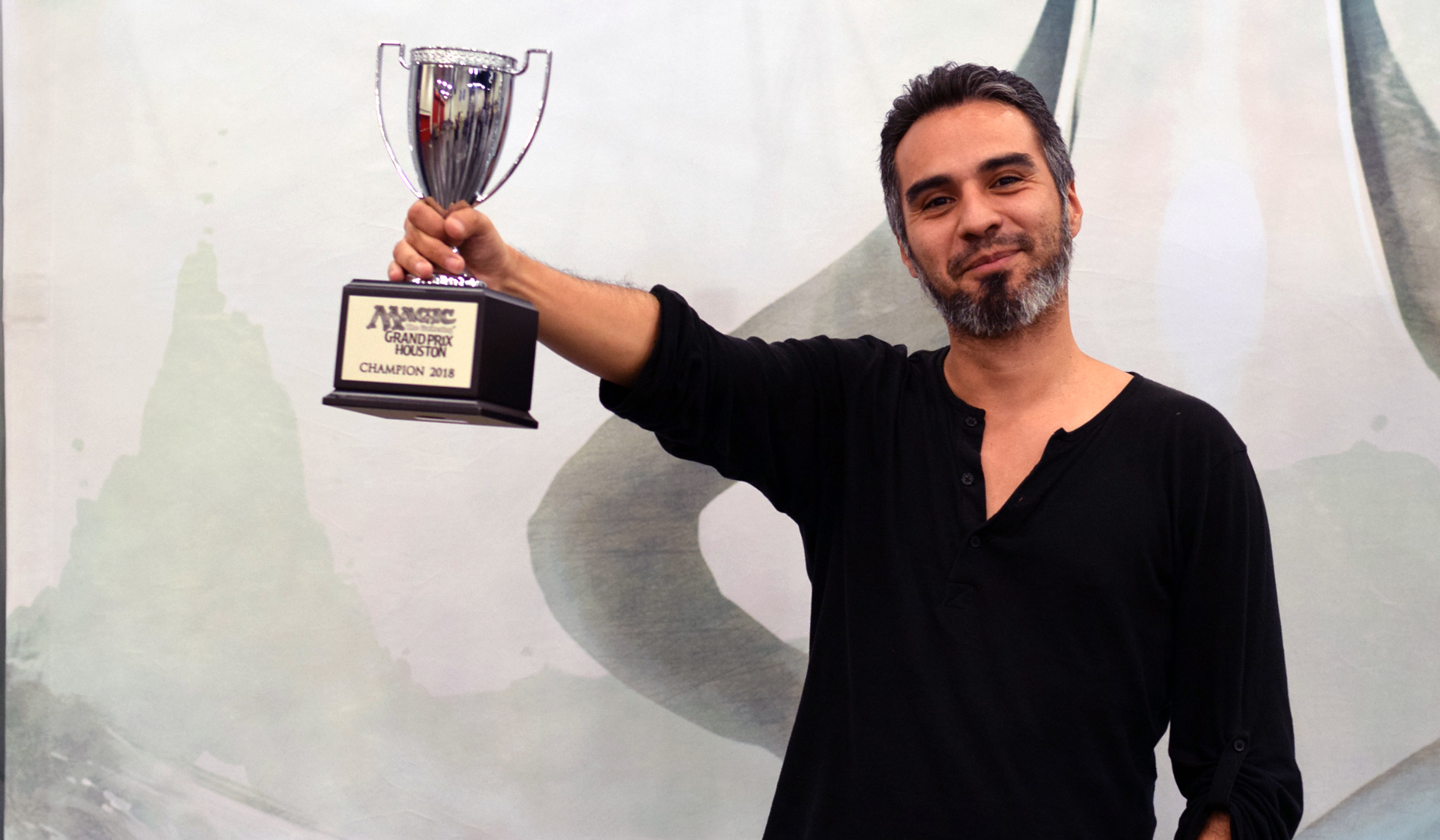 Axel Martinez and his trusty Vampires take on all comers at Grand Prix Houston!

THE HASHTAG FOR GRAND PRIX HOUSTON IS #GPHOUSTON. JOIN THE CONVERSATION.

Nearly 900 players came to Texas to compete in the first individual tournament showcasing Rivals of Ixalan, and it didn’t disappoint. From giant Dinosaurs to shifty Merfolk to swarming Vampires to cunning Pirates and everything in between, the newest set didn’t disappoint – and neither did the tournament.

With most of the pros playing overseas in Grand Prix London, it was truly anyone’s tournament in Houston, and the Top 8 was a reflection of that. From rising stars to old champions resurgent to even a player making Top 8 in his first trip to a Grand Prix, Grand Prix Houston gave us plenty to remember.

In the end, it was Axel Martinez, on the back of his Ravenous Chupacabra, defeating Joe Demestrio to take the trophy and the glory. Congrats to the winner of Grand Prix Houston!

Nearly 900 players came to the Space City to dive into Rivals of Ixalan Limited, and Grand Prix Houston proved to be the perfect proving ground for the hundreds of hopefuls who flocked to a...

After 15 grueling rounds of Rivans of Ixalan Limited, both Sealed Deck and Draft, eight players remained with a chance at the Grand Prix Houston trophy – and one more Draft would decide things....

Making the Top 8 of a Grand Prix is a momentous achievement, whether it’s your first (in your first-ever GP) like Brian Yin, or your second in a row like Joe Demestrio. These are the eight...

Nearly 900 players arrived in Texas to try their hand at Rivals of Ixalan Limited in the format’s individual debut, and while most of the best players in the world and Grand Prix mainstays were competing across the Atlantic at Grand Prix London, it was challengers Rob Swarowski, Ian Dasti and Jon Toone who finished as the top three in the standings.

All three used very different decks to achieve undefeated records Saturday at Grand Prix Houston. Diversity was on display all day long – we saw decks that ran the full gambit of strategies in Rivals of Ixalan, from aggressive blue-based decks with Mist-Cloaked Heralds and bounce spells to bomb-laden Dinosaur decks that simply went over the top of their opponents’ best-laid plans. With so many diverse gameplans on display, it was an exciting introduction for the first individual event for Magic’s newest set, and Sunday promises to give us our first glance into the best draft strategies as players around the world gear up for Pro Tour Rivals of Ixalan.

But first, we’ll settle Grand Prix Houston. Join us tomorrow as we head toward the Top 8!

Nearly 900 players came to the Space City to dive into Rivals of Ixalan Limited, and Grand Prix Houston proved to be the perfect proving ground for the hundreds of hopefuls who flocked to a...