Nearly 900 players came to the Space City to dive into Rivals of Ixalan Limited, and Grand Prix Houston proved to be the perfect proving ground for the hundreds of hopefuls who flocked to a tournament devoid of its usual stars.

With much of the professional field competing across the pond at Grand Prix London – a stop on their way to the Pro Tour in Bilbao – it was truly anyone's tournament in Texas. With local grinders and a helping of Bronze and Silver level players battling, we watched as Rivals of Ixalan made its (individual format) debut in Houston.

Here are the stories that stood out from the first day.

The Secret to Success in Ixalan

Sealed Deck is always a wild card, and especially so in new formats. Still, the power level of many of the new cards from Rivals of Ixalan stood out. Among the highlights are the efficient ways to remove creatures – Bombard and Reckless Rage were two of the best performers for the big creature decks – while Divine Verdict and Luminous Bonds anchored the defenses for the white-based decks full of evasion and quick hitters.

But the removal isn’t limited to the typical spells. One of the most sought-after cards was Needletooth Raptor, which benefits from a wide array of cards that can easily trigger enrage – Tilonalli’s Crown and Shake the Foundations among them – to form a repeatable machine-gun barrage to remove opposing creatures.

Forerunner of the Empire is also a certifiable bomb in the Dinosaur decks. It can search up the perfect Dino, trigger enrage at will and even clear the board of pesky smaller creatures in a pinch – not bad for a card that can also block most of the two-drops in the format.

Of course, there’s plenty more to the format than the big bombs.

The strategy paid dividends for Craddock, who took just one loss playing his white-blue tempo deck that made use of exactly the cards he described. He went so far as to play a pair of Mist-Cloaked Herald, which did a perfect job picking up a Captain’s Hook and crashing in repeatedly while he kept opponents on the back foot with an array of bounce spells.

Next up for the Oklahoma native is Day Two Booster Draft, where he’ll aim to use the lessons he’s learned to propel himself to his third Grand Prix Top 8. 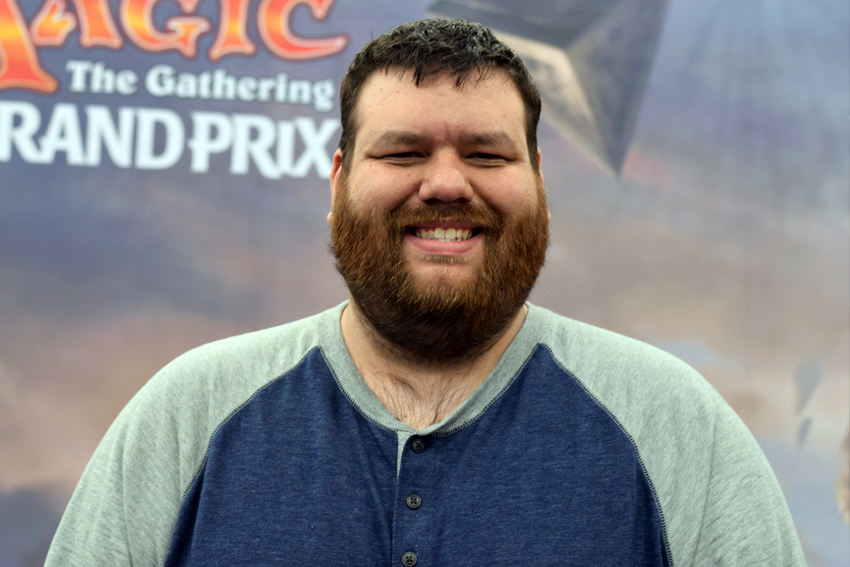 Will Craddock thinks he’s cracked the Rivals of Ixalan code – and it doesn’t involve Dinosaurs.

With most of the big names playing overseas at Grand Prix London, the field in Houston was wide open – and players made the most of it.

What better way than to play out who is the apex predator of Ixalan? We started the day with Texas Magic legend Jeff Zandi in the hot seat, and he managed to hold onto it for several rounds. James Fulgium took over with a win over the Zan-man in Round 3, but he didn’t hold it for long, as Drew Hoffmaster took over the throne in the fifth round.

A familiar name to Grand Prix regulars was the next to take over, as Hunter Cochran took his place with a Round 7 win. But the Grand Prix Montreal champion didn’t last long either, as Matt Stankey took over with a tight, three-game victory in the last round before the cut.

While all this was playing out, another name began to pop up at the undefeated tables – Quinn Kiefer. The youngest member of Team Cardhoarder recently qualified for the Pro Tour, and he ran out to an undefeated start to the tournament heading into the seventh round, earning recognition and generating some buzz around the room. While he fell off a bit at the end of the day, it was an exciting start for one of the youngest players in the room. 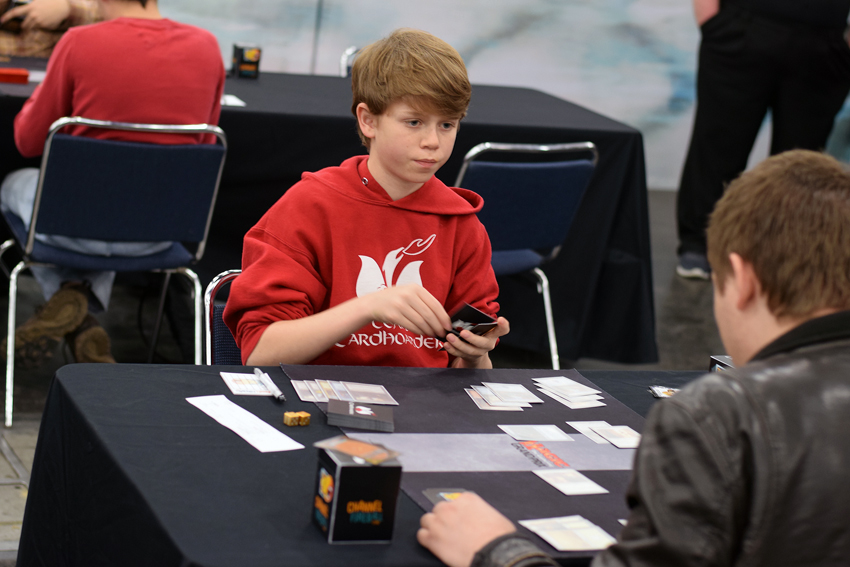 Quinn Kiefer impressed opponents and spectators alike with his 6-0 start in Space City.

That brought it all down to Round 9, where Stankey squared off against Jon Toone for the right to end the day as the monarch. It was a tight match, but Toone provided one more upset to end the day on top. Truly on top of Texas – if only for a night.

The Undefeated of Houston

The tournament began with nearly 900 players. After a cut in Round 8, the players bound to compete on Sunday had one final thing to take care of – a final round to determine who would be in pole position heading into the Sunday sprint.

Using decks from across the spectrum – Grixis Pirates to White-Black Vampires to Black-Red Aggro – it was Rob Swarowski, Jon Toone and Ian Dasti who finished the day on top of the standings, and these are the three players who will lead the way as we head into six rounds of Rivals of Ixalan Booster Draft to send Grand Prix Houston into the Top 8.

What colors was your deck today? Blue-Black-Green. So greedy!

What was the best card in your Sealed pool? Vraska, Relic Seeker.

What’s the secret to success in Rivals of Ixalan Sealed? Ride your bombs to victory!

What card do you most want to open in Draft tomorrow? Tetzimoc, Primal Death

What colors was your deck today? Black-Red

What was the best card in your Sealed pool? Skulduggery.

What’s the secret to success in Rivals of Ixalan Sealed? Aggro-Tempo.

What card do you most want to open in Draft tomorrow? Foil Kumena, Tyrant of Orazca

What colors was your deck today? White-Black

What was the best card in your Sealed pool? Foil Profane Procession

What’s the secret to success in Rivals of Ixalan Sealed? Open a good, synergistic tribe, or lots of bomb rares that share a color.

What card do you most want to open in Draft tomorrow? Profane Procession (foil or not foil). 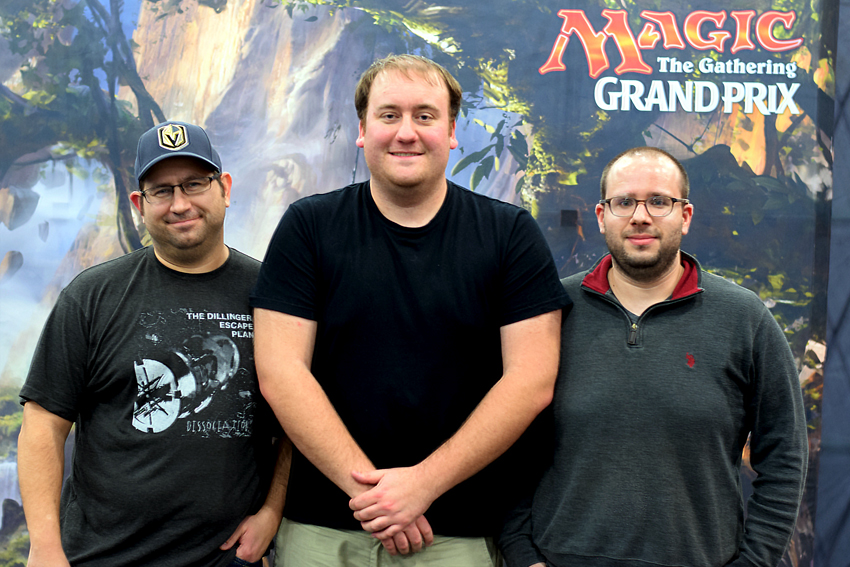