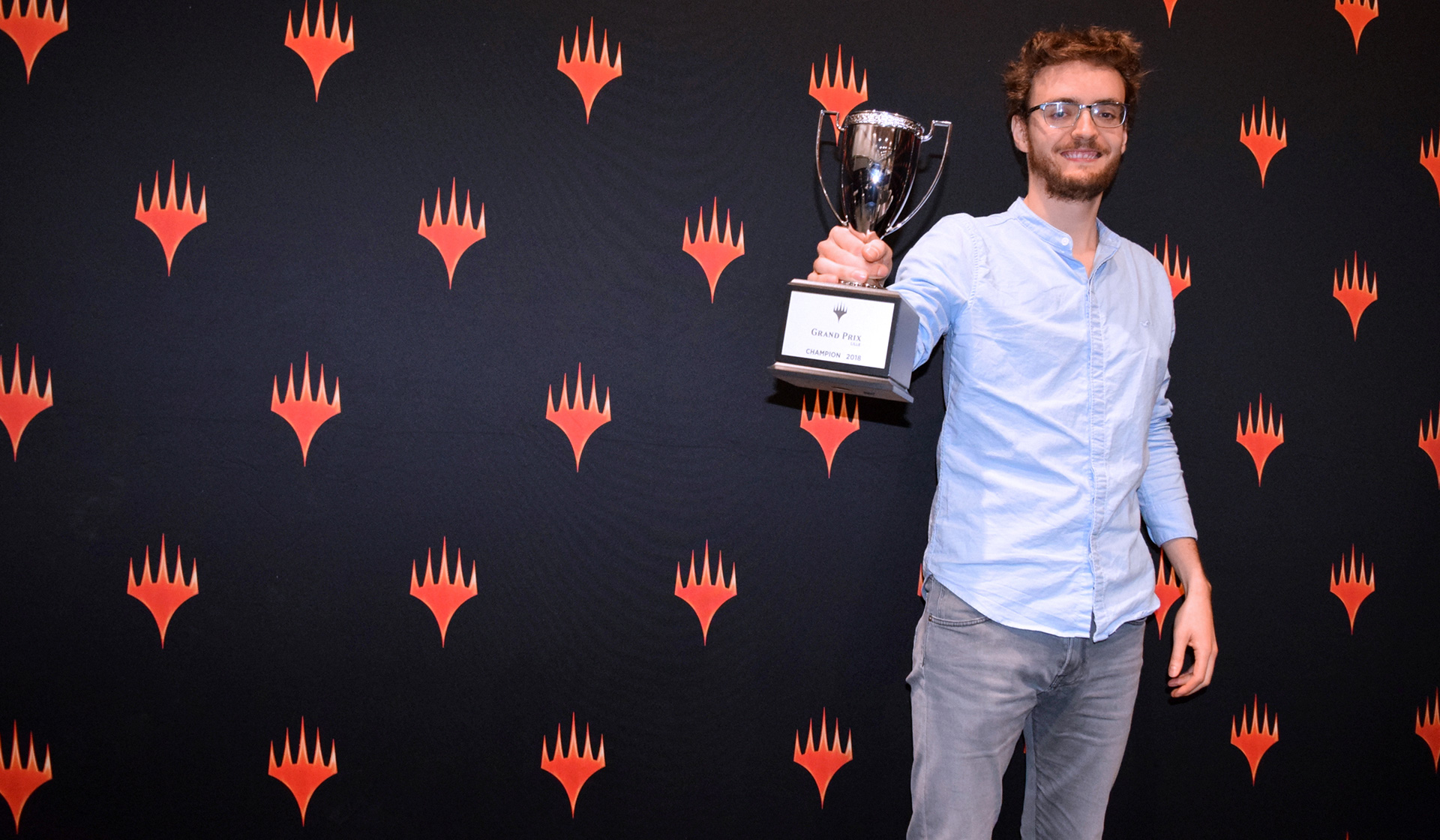 The hashtag for Grand Prix Lille is #GPLille. Join the conversation.

When one of the strongest strategies of the previous Standard season—Mono-Red with Goblin Chainwhirler—met one of the most impressive new additions from Guilds of Ravnica—Experimental Frenzy—the combination seemed destined for glory. Then again, the set brought a whole lot of impressive additions for everyone and also created new archetypes all over.

In fact, Mono-Red Aggro's presence was dwarfed by Golgari, Jeskai, Izzet, and even Selesnya at basically each and every turn this weekend. Only two players won a Trial with it on Friday, none went 8-0 on Saturday, it amounted to about four percent of the Sunday field, it was barely shown on camera all day long, and a scant two red mages made it to the Top 37.

One of them, however, was Switzerland's Etienne Busson, and he was determined to make his second Top 8 at a Standard Grand Prix count. In the semifinals Busson beat the reigning World Champion (7) Javier Dominguez in two straight games, and in the finals he did the same to French Hall of Famer Gabriel Nassif!

This weekend marked the debut of Guilds of Ravnica Standard at the Grand Prix stage. Earlier on Saturday morning, 1,339 main event competitors arrived in Lille with their best Standard decks....

After fifteen rounds of Standard, with a total of 1,331 others eliminated, only eight players remained in the running for the title and the trophy, for the fame and the fortune. Their decks? Two...

After fifteen rounds of Standard, with a total of 1,331 others eliminated, only eight players remained in the running for the fame and the fortune, the title and the trophy. Find out more about...

The following decklists' pilots didn't quite reach the very top, but they did come—more or less—close. The players in 9th and 10th place went 12-2-1, short of a Top 8 berth by one point; then...

If you'd like to (re-)watch your favorite deck or player but don't have the time to sift through over 20 hours of video archives, we have a handy guide for you. In chronological order, here were...

Out of 1,339 players, eleven managed to escape the carnage, and the Carnage Tyrants, of Day 1 with a perfect record of 8-0: Florian Trotte, Renato Spinelli, Francesco Giorgio, Rob Catton, Harry...

Hot off the printing presses and store shelves, Guilds of Ravnica has already taken over the format. All day long, Phoenixes were shining their Arclight, Loxodons were being venerated, runaway experiments were being conducted in a steam-powered frenzy, and the Golgari were swarming as usual.

Join us and them and 266 others tomorrow—for decklists, for more Standard action, and for the conclusion of Grand Prix Lille 2018!

This weekend marked the debut of Guilds of Ravnica Standard at the Grand Prix stage. Earlier this morning, 1339 main event competitors arrived in Lille with their best Standard decks. After eight...

Grand Prix Lille 2018 Fact Sheet by Wizards of the Coast